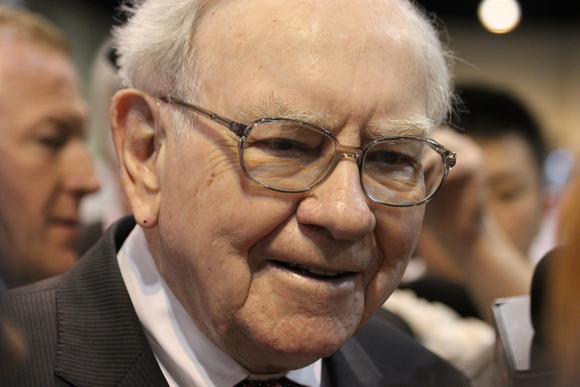 Almost forgotten by history, three of Warren Buffett’s investments helped shape his thinking — and helped Buffett develop as an investor.

Once asked how to learn about investing, Warren Buffett pointed to a pile of annual reports and suggested investors should read as much as they can. “I read 500 pages like this every day. That’s how knowledge builds up, like compound interest,” he said.

It’s neither new nor novel advice, but Buffett’s success is a function of his ability to learn from his investment experiences, good and bad. Some of his earliest investments laid the groundwork for what his sidekick, Charlie Munger, calls “mental models,” or frameworks of ideas that can be translated into new areas and new investments.

1. An early rewards program
Before credit cards made rebates computerized and ubiquitous, rewards programs took the form of paper stamps. Retailers would give their customers a certain number of stamps based on what they purchased, and in what quantity. The stamps could be affixed to a booklet and redeemed for household goods like toasters and, later, cash.

Buffett loved the business model because retailers paid for the stamps months and years before the stamps were redeemed, if they were at all. Thus, the stamp company could invest the money and earn a return on it before it was paid back out. He ultimately bought a large share of Blue Chip Stamps for himself and Berkshire Hathaway.

Buffett wasn’t new to the idea that a business could generate cash to invest. He had earlier been enamored with this model after investing in insurers, namely GEICO. But it cemented Buffett’s love for businesses, non-financial or otherwise, that could finance their own growth with funds from their customers.

Modern examples come in the form of retailers like Amazon and Costco Wholesale, which turn their inventory into cash before they have to pay their suppliers. The two also generate a tremendous amount of cash by selling memberships (Prime, in the case of Amazon) on pre-paid terms. The net result is that retailers effectively fund their growth with free financing from their customers and suppliers, leaving a heftier return on less capital contributed by their investors.

2. A tiny bank
In Berkshire’s earliest days, it took interest in a tiny Illinois-based bank by the name of The Illinois National Bank & Trust. Buffett knew it was “one of the most profitable banks” he had ever seen, and he wanted to have it for himself.

The Illinois Bank & Trust was already a target of another acquirer, but they began to show their unease with the bank. The would-be suitor wanted a full audit of the company, and its 71-year-old CEO, Gene Abegg, who Buffett described as being “pretty dominant,” wanted nothing to do with being shaken down through an audit process.

Buffett ultimately made an offer, which admittedly came in about $1 million below what the original acquirer was willing to pay. He had few reservations, highlighted only a few things he wanted to change, but indicated he wanted Abegg to remain in his role. Abegg called another major shareholder to discuss the deal and ultimately decided to sell out to Buffett at his price.

From here, Buffett realized that executives who are excellent at their craft would prefer a friendly and easy acquisition at an OK price rather than an unfriendly takeover at a perfect price. Notably, Abegg, who rank the bank, also owned 25% of the company and would lose out on roughly $250,000 by accepting a lower bid. Still, he’d prefer to work for Buffett than leave the bank having sold at a better price.

3. A candy cash cow
The Blue Chip Stamps business that cemented Buffett’s interest in capital-light business models lead him to invest in See’s Candies, a West Coast confectioner of chocolates and other premium candies. Buffett was introduced to See’s by Blue Chip’s then-president.

See’s Candies was something new for Buffett, a company that essentially survived and thrived on the value of its brand name. Buffett believed the company had the capacity to raise prices given its premium position in the candy business and the fact that most candies are purchased as gifts — its customers would prefer to pay more than look for alternatives.

Buffett agreed to purchase the company, believing he could increase pre-tax earnings by raising prices just $0.15 a pound. He believed the company’s then-current earnings of $4 million before taxes could be closer to $7 million. Just three years later, in 1975, See’s earned 2.5 times more than it had when Buffet acquired the company for Berkshire.

Buffett’s fixation with brands that turned commodities into products with pricing power never really ended. Pricing power underlied part of his thesis for buying brands like Coca-Cola, Gillette, and Moody’s, among countless other companies that have been part of the Berkshire stable, helped in no small part by his early success with a small candy confectioner.

Jordan Wathen has no position in any stocks mentioned. The Motley Fool owns shares of and recommends Amazon.com, Coca-Cola, and Costco Wholesale. The Motley Fool recommends Moody’s. Try any of our Foolish newsletter services free for 30 days. We Fools may not all hold the same opinions, but we all believe that considering a diverse range of insights makes us better investors. The Motley Fool has a disclosure policy.