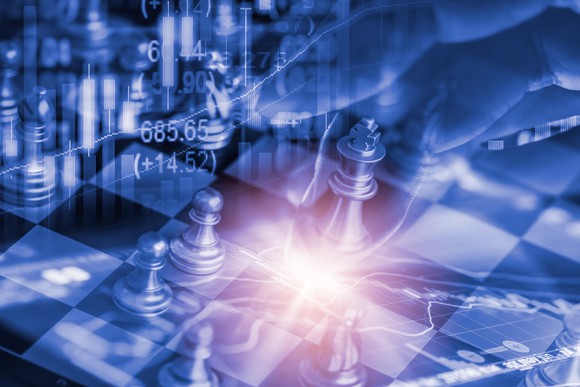 Dynavax Technologies Corporation, Adobe Systems, and Goldman Sachs are three stocks that savvy investors should have on their radars right now.

Stocks that can provide reliable levels of growth over long periods of time — or unusually high growth spurts in a matter of months — can be especially difficult to unearth. Savvy investors, though, can identify attractive growth trends well before they occur.

Based on this idea, we asked three of our contributors which growth stocks might be worthy of consideration by shrewd investors right now. They recommended Dynavax Technologies Corporation (NASDAQ:DVAX), Adobe Systems (NASDAQ:ADBE), and Goldman Sachs (NYSE:GS). Here’s why.

George Budwell (Dynavax Technologies Corporation): Dynavax is roughly two months away from a critical advisory committee meeting to be held on July 28, 2017 for its experimental hepatitis B vaccine dubbed Heplisav-B. In a nutshell, the FDA apparently still has lingering concerns about rare but potentially serious side effects that may occur in patients vaccinated with Heplisav-B.

Dynavax, for its part, has steadfastly stood by Heplisav-B’s late-stage dataset, where the vaccine was shown to provide superior seroprotection in a wider range of patient populations — especially those with diabetes — compared to GlaxoSmithKline‘s Engerix-B. Most importantly, Dynavax has downplayed the possibility about black swan-type safety issues that may prevent a regulatory approval.

On July 28, the FDA and Dynavax will square off to discuss the vaccine’s risk to reward ratio, which will, in turn, play a critical role in determining whether Heplisav-B is worthy of entering the U.S. market.

Why should savvy investors care? The lowdown is that Dyanvax’s shares could gain upwards of 75% in short order if Heplisav-B gets the green light from the FDA — at least based on the Street’s 12-month price target of $10, along with the vaccine’s estimated peak sales potential of around $700 million.

That said, Heplisav-B’s approval is far from a sure thing. However, in the event that the FDA does issue yet another rejection, Dynavax does offer some downside protection in the form of its emerging immuno-oncology pipeline spearheaded by the T-cell booster SD-101.

All told, Dynavax is a risky biotech that may be gearing up for a sizable run higher soon; but even under the worst of circumstances, it shouldn’t absolutely collapse like other biotech stocks have done following a major regulatory setback.

Tim Brugger (Adobe): When CEO Shantanu Narayen announced his intention to shift away from a software sales model to a subscription-only approach three years ago, digital designers were up in arms. The uproar following Adobe’s shift went so far that customers joined hands and petitioned the White House to intervene to put a halt to the “madness”.

Not only are the once-irate customers now onboard with paying a negligible monthly fee as opposed to shelling out $2,500 every few years, they appear to be ecstatic given Adobe’s impressive, ongoing growth.

Adobe’s record $1.68 billion in revenue last quarter was a 22% increase year-over-year, and its earnings per-share (EPS) of $0.80 was a 60% jump. Even more impressive was that much of the top and bottom line growth Adobe reported was due to its 29% improvement in subscription sales to $1.38 billion.

The skyrocketing bottomline wasn’t simply because of Adobe’s revenue gains. Thanks to its less-costly subscription focus, operating expenses rose just 11% compared to a year ago, and that should continue for one reason: it simply costs less to provide service to existing, recurring revenue-generating customers than overspend on sales efforts.

Adobe ended the first quarter with an annual recurring revenue run-rate of an astounding $4.25 billion, though sales and marketing-related expenses inched up just 9.5%. Adobe stock won’t soar 10% or more on a given day as some growth stocks do, but investors can rely on its steady, and relatively predictable, growth for years to come.

A bank whose “savviness” was endorsed by a president

That’s how Merriam-Webster defines savvy. And when I read that definition, the first stock name that comes to mind is Goldman Sachs — a bank that even President Obama once described as being run by “savvy businessmen.”

Over its 148-year history, Goldman Sachs has morphed from a private partnership into a publicly traded company, then a bank holding company, and most recently even an online banker — making money all along the way. After suffering with the rest of Wall Street in the 2008 financial crisis, Goldman came roaring back to earn a $13.4 billion profit in 2009. And although it’s suffered some missteps since, Goldman is back on the growth path today, posting 22% earnings growth in 2016, and 99% earnings growth in its most recent quarter.

Priced today at a low 11.5 times trailing earnings, analysts who follow Goldman project that the investment bank will grow earnings faster than 15% a year over the next five years — faster than the growth projections for Citi, B of A, JPMorgan, or Morgan Stanley. Its latest move into online banking seems especially savvy from a growth perspective. It’s permitted Goldman to attract consumer deposits (and grow them 50% in a little over a year) by offering individuals generous (by banking standards) interest rates north of 1%. Then, Goldman can turn around and use these deposits for riskier investment banking endeavors — at operating profit margins upwards of 36%!

If Goldman lives up to its growth expectations, the stock will have a PEG ratio of less than 0.8 — a bargain valuation for such a fast grower. Savvy investors could learn a lot from this savvy banker.