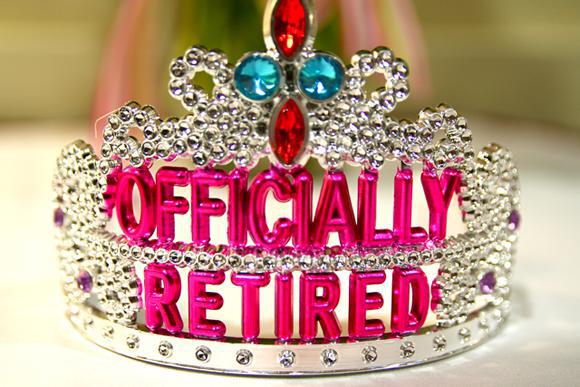 You have to be smart about planning for the retirement of your dreams.

Deciding when to retire is one of the most important life decisions you’ll ever make. Retiring involves both financial and nonfinancial considerations, and so picking the perfect retirement age requires a personalized process rather than a one-size-fits-all mentality. Nevertheless, there are some general rules you can follow to help you make a better decision about the retirement age that will work best for you.

1. Figure out how much you value your time early in retirement.
One of the most important considerations in picking a retirement age is to understand the trade-off between work and leisure time. In essence, retiring earlier involves buying time, in the sense that you give up the wages and salary income that you’d get from working longer. When you retire can also have an impact on how much you get in Social Security benefits, and the earlier you retire, the longer your savings will have to stretch to cover a lifetime’s worth of costs.

Putting a value on the earliest years of your retirement is useful in figuring out the best age to retire. To be clear, the value to consider here isn’t solely financial. It’s also about how you intend to use that time and whether that particular time of your life offers opportunities that you won’t be able to capture later on. In general, the higher the value you put on your early retirement years, the more you’re going to be willing to give up later on in order to buy that early leisure time — and that will lead you to choose a retirement age that’s earlier than someone who doesn’t put as a high a price on their free time.

2. Be realistic about finances.
From a financial standpoint, there are so many variables involved in retirement planning that it can feel completely overwhelming to try to make a decision based on the numbers. But you should still make an effort to look at financial matters from a realistic standpoint.

For instance, people routinely underestimate how long they’re likely to live in retirement. That error can lead you to make unrealistic assumptions about how far your retirement savings have to stretch, and that in turn can cause you to overspend early in retirement and face a major financial struggle as you grow older. In addition, it can also lead you to retire earlier than you otherwise would, and that too can exhaust your savings at an earlier age than you want.

That said, it’s possible to be unrealistic in the other direction about financial matters. Some people use such conservative assumptions that they work longer than they arguably need to work, leaving behind large amounts of unused savings that could have gone toward a higher standard of living or a longer retirement. Trying to find balance is a challenge, but it’s worth the effort to find the right middle ground.

3. Understand that you don’t have control over everything.
One of the most frustrating things about picking a perfect retirement age is that you might well not have the luxury of sticking to your plan. People in tough financial straits have increasingly indicated a willingness to work well past traditional retirement ages into their 70s or longer, but the threats of health concerns, layoffs, and other disruptive events make it essential to have contingency plans. Similarly, early retirement plans might hinge on your investments producing a certain return that turns out to be overly optimistic, and having the flexibility to adapt in mid-career will leave you in a much better place than if you set things up with a fixed retirement date and no flexibility at all.

The desire to pick the perfect retirement age is a great incentive to do the planning necessary to inform a smart decision. Keeping these three rules in mind won’t give you all the answers, but they will give you a framework in which to think about retirement and come up with a plan that will work for you.