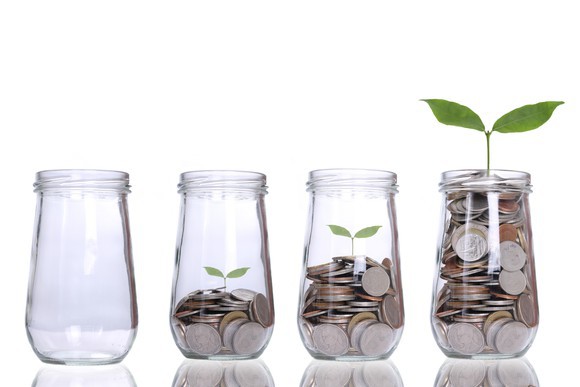 At the Ira Sohn Investment Conference, some of Wall Street’s most respected investors pitch their current favorite ideas — both the longs and the shorts.

Crowds of investors and media professionals gathered in New York earlier this month for the 22nd annual Sohn Investment Conference. The event, dedicated to the memory of Ira Sohn, brings together some of the world’s most renowned hedge fund managers who share their top investment ideas while raising money for pediatric cancer research.

I was privileged to grab a seat at the exclusive conference and listen to the likes of Bill Ackman, David Einhorn, Keith Meister, Jeff Gundlach, and Debra Fine make their best pitches.

Here are three compelling ideas I heard — along with my on take on whether I think they can make you money.

Will Tesla be a 7-bagger?

Chamath Palihapitiya of Social Capital sent murmurs (and several loud chuckles) through the crowd when he named Tesla (NASDAQ:TSLA) his top pick at this year’s conference. Palihapitiya, a former Facebook (NASDAQ: FB) executive and part owner of the NBA’s Golden State Warriors, made waves at last year’s conference when he called Amazon(NASDAQ: AMZN) a “10x opportunity in 10 years.”

This time, Palihapitiya lauded the amazing success that Tesla has had with its Model S and Model X vehicles, which in just a few years have captured meaningful market share. He thinks Tesla’s forthcoming vehicle – the more mainstream Model 3 – could create a paradigm shift for Tesla. He thinks it could be a breakthrough like the iPhone was for Apple(NASDAQ:AAPL) in consolidating a fragmented market and becoming the go-to brand. “People who buy the Model 3 are never going back to an internal combustion engine,” he said.

According to Palihapitiya, if the Model 3 puts Tesla on the same S-curve that Apple has experienced over the past decade, then its auto business alone could be worth as much as $337 billion in 10 years. Based off of Tesla’s share price at the time of his presentation, that would make Palihapatiya’s bet a 7-bagger in a decade.

I should mention, however, that Palihapitiya’s fund isn’t actually investing directly in Tesla’s shares. Instead, he’s opted to invest in Tesla’s 2022 convertible bonds, which, based on their $327 conversion price, give investors the vast majority of the upside of his bet, but with significantly less downside and some interest income to boot.

My take: As a Tesla shareholder myself, and having recommended it in the past for our Supernova service here at the Fool, I’m of course thrilled by Palihapitiya’s view. And his convertible bond approach appears to be a superior choice to holding Tesla’s common shares. That said, one thing he didn’t address adequately is enormous amount of capital Tesla will need over the next several years in order to establish the production capacity to fulfill CEO Elon Musk’s ambitious goals (and Palihapitiya’s expectations). It’s entirely possible Tesla could be worth $337 billion (or a lot more) someday, but if Tesla is forced to issue more shares to raise capital (as its done several times in recent years) you could end up with something far less than a 7-bagger on your investment.

One of the most compelling pitches I heard at the Sohn conference came courtesy of Brad Gerstner of Altimeter Capital. The activist investor made a strong case for the airline industry. According to Gerstner, the massive consolidation in the industry has restored pricing power, boosted load factors, and shored up once-beleaguered balance sheets. There has been a $50 billion positive profit swing for the airlines over the past 10 years, and the top four domestic carriers now control a vast majority of the industry’s revenue.

One of the top four is United Continental (NYSE:UAL), which has been in the news lately, though not for the right reasons. Gerstner said United has the best fleet and best network among the top four, but also has the worst margins, something he hopes will change thanks to new leadership at the executive and board levels, installed in part due to Altimeter’s activism. Gerstner said he thinks United can generate $5 billion in incremental profit over the next five years. If that comes to pass, he thinks United shares can trade in a range of $135 to $168. Even better, if United management’s targets for profitability, and if airlines are awarded profit multiples similar to companies in other transportation sectors, then United could reach as high as $235 per share, compared with today’s $77 price.

My take: With none other than Warren Buffett of Berkshire Hathaway (NYSE: BRK-B) also investing in airlines and singing their praises as of late, Gerstner stuck the landing with his United pitch. There’s a definite case to be made that industry conditions have changed for the better, much like they did for the railroads starting more than a decade ago. United may not be the best of the bunch, but you’d do well to take a very close look at the industry. If Gerstner is right, there are multi-bagger opportunities looking down at you from up above.

My award for most entertaining pitch at this year’s Sohn conference definitely goes to Josh Resnick, the founder and managing partner of Jericho Capital. Resnick pinpointed Frontier Communications (NASDAQ:FTR) as a walking dead “carcass” of a company that’s destined to go to $0. Yes, Resnick and Jericho are short the company – betting it will go down.

According to Resnick, Frontier is a foundering wireline and DSL business that’s close to drowning as wireless and broadband competitors continue to turn the home telephone into an antique tool from a bygone era. He cited the company’s dreadful capital allocation — management paid billions of dollars to acquire wireline assets from Verizon(NYSE:VZ) and others that are now almost worthless — its massive debt of $18 billion, and nonexistent profit that will almost certainly force the company into bankruptcy in the near future.

My take: Shorting can be risky, but I’m siding with Resnick on this one. I see no way out for Frontier. It’s a dying business with a debt load that is almost 10 times the company’s market capitalization. And Frontier’s share price is about to undergo a 1-15 reverse split – never a good sign for investors, but something managers will often do when faced with a sub-$2 share price and the threat of delisting. Like your grandma’s rotary phone, Frontier’s days are numbered.

10 stocks we like better than Tesla
When investing geniuses David and Tom Gardner have a stock tip, it can pay to listen. After all, the newsletter they have run for over a decade, Motley Fool Stock Advisor, has tripled the market.*