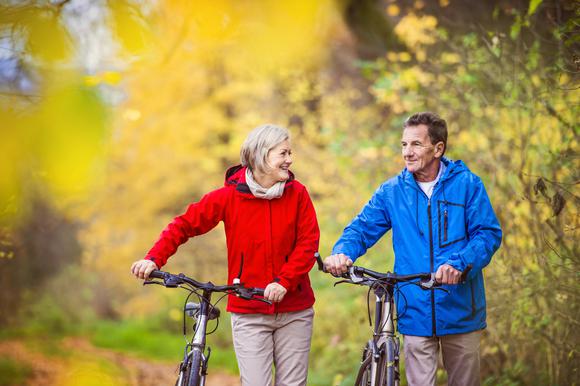 Studies have shown that long-term investing in stocks outperforms other investment strategies, but once investors reach retirement and risk becomes a bigger concern, it’s critical to be choosy about where you park your money. With that in mind, we asked some of our top Motley Fool contributors to highlight stocks they think are too risky for retirees. We discovered that the three companies below may not have what it takes to deserve a spot in retiree portfolios.

Daniel Miller
Let me preface this choice by saying I think Elon Musk is one impressive CEO and businessman. At Tesla Motors (NASDAQ:TSLA), he’s created a company that designed some crazy great electric vehicles in the Model S, Model X, and soon-to-be Model 3.

However, just because the young automaker has designed a handful of incredible products doesn’t mean Tesla is the right stock for retirees. Retirees should probably be looking for more stable companies that operate in a more predictable industry and have a consistent cash flow and dividend. While it may offer incredible opportunities over the next two decades, Tesla currently offers retirees none of those key qualities.

Let’s face it: Manufacturing vehicles isn’t simple, and it’s incredibly capital-intensive. On top of that, Tesla is practically on a one-man mission to build out electric-vehicle infrastructure in America and abroad, and the automotive industry is on the cusp of more change and disruption over the next two decades than it has seen over the past century.

Take a look at this slide from a recent General Motors presentation: 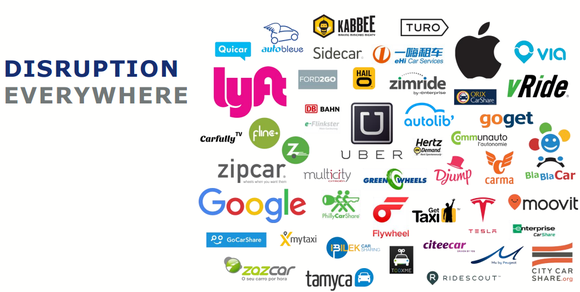 But how exactly will it all come together? How will urbanization trends influence automakers? How will driverless cars impact the current business strategies? Nobody knows the answer to those questions yet, and companies that deal with that level of uncertainty are not suitable for a retiree’s portfolio. If retirees want to own Tesla, they should buy the product, not the stock.

Steve Symington
Though I generally subscribe to the maxim that “winners tend to keep on winning,” I hesitate to apply that to high-flying stocks whose underlying businesses face difficult or unsustainable economics — especially when we’re determining whether those businesses deserve a spot in retirees’ portfolios.

Take mobile gaming specialist Glu Mobile (NASDAQ:GLUU), for example, which primarily relies on revenue garnered from in-app purchases within its free-to-play games. And sometimes that strategy appears to be working well; in February, Glu mobile stock even skyrocketed nearly 70% after it surprised investors with a slim adjusted quarterly net profit of $2.3 million, or $0.02 per share, on revenue of $57.9 million, driven by ongoing traction of existing titles like Kim Kardashian: Hollywood, Cooking Dash 2016, and Deer Hunter 2016. At the time, analysts were expecting Glu to report a $0.03-per-share adjusted loss on revenue of $50.5 million. What’s more, it continued to rise after Glu Mobile launched another celebrity-centric title in Kendall & Kylie, which promptly rose to the top of the most downloaded apps in both the official Android app market and iOS App store.

However, keep in mind Glu Mobile is still unprofitable based on generally accepted accounting principles, and it turned in a GAAP net loss last quarter of $3 million, or $0.02 per share. In addition, the attention spans of consumers and popularity of titles within the free-to-play game space both tend to rapidly change. This past December, for example, Glu Mobile stock plunged more than 30% in a single week after gamers’ lackluster response to the launch of its Katy Perry Pop title. And despite a seemingly strong showing from its newest Tap Sports Baseball 2016 game — which was launched last week and currently sits at No. 10 among the most popular free iOS apps — Glu Mobile stock has retreated nearly 30% from last month’s highs as of this writing, even as the NASDAQ Composite Index climbed 6% over the same period. Add to that the fact Glu Mobile doesn’t pay a dividend as it strives for sustained GAAP profitability, and it becomes painfully obvious this is a volatile stock retirees should avoid at all cost.

Todd Campbell
Listeners of The Motley Fool’s Industry Focus healthcare podcast know that I’m often chatting about my favorite biotech stocks, but just because I’m partial to biotechs stocks doesn’t mean they’re right for retirees. In fact, I think retirees should pass over individual biotech stocks altogether. Why? Because no other industry is as prone to nausea-inducing pops and drops.

Whims and whispers related to clinical trials can move these stocks wildly, and far too often, once-promising medicines fall flat in confirmatory phase 3 trials. Biotech’s hit-and-miss nature makes it too risky for most investors to try picking the winners.

Nevertheless, if biotech is your “thing,” consider owning the iShares NASDAQ Biotechnology ETF (NASDAQ:IBB) instead of individual biotech stocks. The IBB owns 189 different biotech stock leaders and its three biggest holdings are Amgen, Gilead Sciences, and Biogen — three biotech Goliaths. Its 0.48% expense ratio isn’t too scary, and its 10-year 12.4% average annual return is compelling enough to satisfy even the growthiest investor.

Overall, retirees should skip this group, but if that doesn’t fit in with your investing style, owning the IBB as an alternative to individual biotech stocks may be the way to go.

Daniel Miller has no position in any stocks mentioned. Steve Symington has no position in any stocks mentioned. Todd Campbell owns shares of Gilead Sciences. The Motley Fool owns shares of and recommends Gilead Sciences and Tesla Motors. The Motley Fool recommends Biogen. Try any of our Foolish newsletter services free for 30 days. We Fools may not all hold the same opinions, but we all believe that considering a diverse range of insights makes us better investors. The Motley Fool has a disclosure policy.