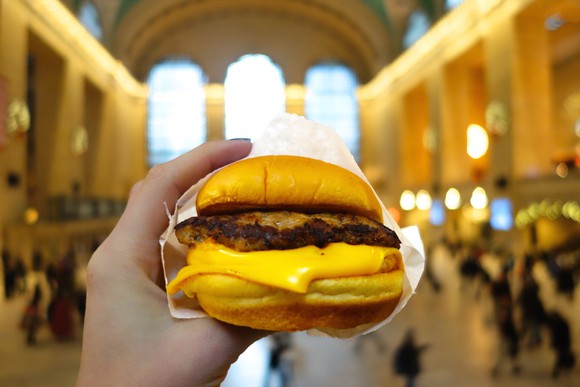 These three up-and-comers could be as successful over the next 25 years as the coffeehouse has been over the last quarter-century.

Few companies have experienced the kind of growth Starbucks (NASDAQ:SBUX) has over the past 25 years, and fewer still can proliferate so much to the point where it seems like the coffeeshop is on every corner.

There is more than one way to look at a company’s growth potential, though, and these three Motley Fool investors have identified Shake Shack (NYSE:SHAK), National Beverage(NASDAQ:FIZZ), and e.l.f. Beauty (NYSE:ELF) as businesses that could become the next Starbucks in their respective categories.

Yet Shake Shack shares have fallen 15% over the past 12 months due to concerns about its dependence on new store openings to drive revenue growth. That’s further complicated by the fact that its “Same-Shack” sales growth metric only measures year-over-year growth of locations open for at least two years — which differs from the one-year benchmark used for most other restaurants’ comparable-store sales figures.

Wall Street currently expects Shake Shack’s revenue and earnings to respectively rise 32% and 13% this year. However, the company expects Same-Shack sales to dip slightly this year — so its future growth depends on its ability to build its brand and boost customer loyalty. Shake Shack believes that it can accomplish those goals by improving its mobile app and adding new menu items — like its well-received ChickenShack sandwich — to carve out a defensible niche between cheaper players like McDonald’s and pricier bistro restaurants.

I’m not saying that Shake Shack will ever become the next Starbucks, but its best-in-breed reputation in the better-burger industry, ambitious expansion plans, and tech-savvy approach to orders all indicate that it could still have much more room to grow. 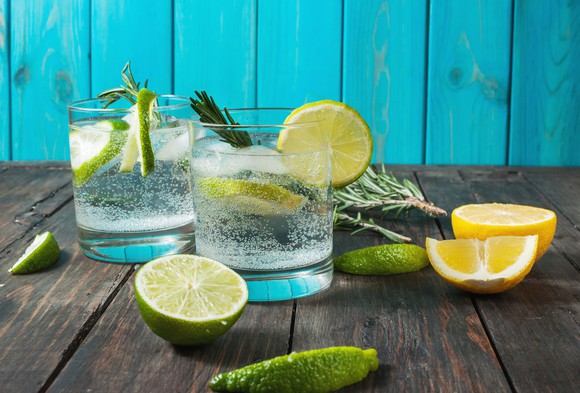 Going from coffee to water

Dan Caplinger (National Beverage): One reason Starbucks took the investing world by storm is that no one could have predicted just how lucrative a simple coffeehouse chain could become. You’ll find the same simplicity with National Beverage, which has long sold alternatives to big-name beverage companies with its Shasta line of soft drinks, Everfresh juices, and Rip It energy drinks. For years, National Beverage flew under the radar, putting up solid but unsensational performance.

What pushed National Beverage into the spotlight was the rise of popularity in sparkling water, and the company’s LaCroix brand took full advantage of the renaissance in seltzer by offering a huge array of flavors at relatively inexpensive prices. Massive sales growth has driven new interest in National Beverage shares, and LaCroix has quickly become one of the biggest brands in sparkling water, challenging even storied participants like Perrier. Yet even with the gains, LaCroix commands less than 10% of the market for sparkling water, giving it plenty of growth potential.

Some worry that if National Beverage gets too big, it will outgrow its distribution channels and have to make deals with competitors to tap into their larger capacity. For now, though, LaCroix has further to run before it hits that barrier to further growth, and that gives National Beverage an interesting opportunity to keep cashing in on one of the simplest of products. 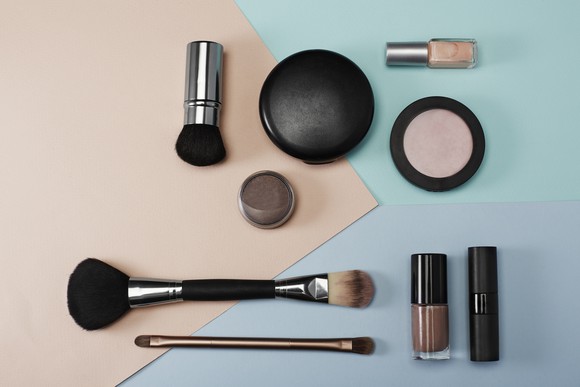 Rich Duprey (e.l.f. Beauty): Makeup and beauty care would seem to be a market that is not sorely lacking competition, yet e.l.f. Beauty brings something different to the table: fast product development.

Just as fast-fashion changed the apparel industry by taking styles from runways and putting clothes on store racks in a matter of weeks, e.l.f. is similarly experimenting with quick turnaround times, mere months to go from concept to product. It releases new products every week and tweaks them as they go based on consumer feedback.

The response from customers has it reporting dramatic growth, with its just-released second-quarter earnings report showing sales growing at a 27% clip and gross margins widening from 57% a year ago to 64% this time around. In comparison, Ulta Beauty (NASDAQ:ULTA) has trailing gross margins of 36%. e.l.f. describes itself as one of the fastest-growing cosmetic companies in the country.

Analysts expect it to be able to grow earnings 22% annually over the next five years, but as its cost come down over the years, it should be able to expand profits and margins even more. The company is relatively new to the public markets, having its IPO just about a year ago and it is still very much in its growth phase. By using social media to connect with consumers while also having its products available at mass merchandisers like Target and Wal-Mart as well as in the beauty aisle at CVS Health, this company can become a real beauty down the road.

10 stocks we like better than e.l.f. Beauty, Inc.
When investing geniuses David and Tom Gardner have a stock tip, it can pay to listen. After all, the newsletter they have run for over a decade, Motley Fool Stock Advisor, has tripled the market.*

David and Tom just revealed what they believe are the ten best stocks for investors to buy right now… and e.l.f. Beauty, Inc. wasn’t one of them! That’s right — they think these 10 stocks are even better buys.