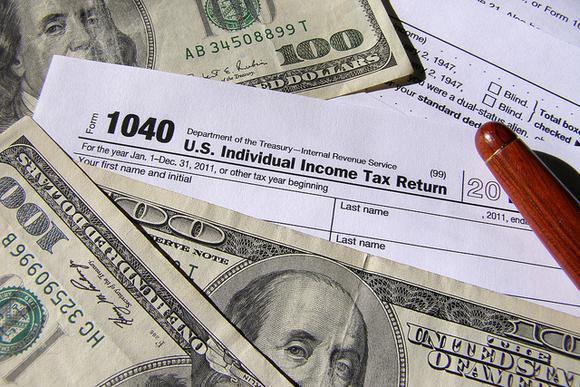 3 Types of Taxes That Only the Richest Americans Pay

We’re deep into the heart of tax season, which, for the majority of procrastinating Americans, means it’s just about time to begin pulling out your hair. Preparing and filing taxes often means revisiting your financial history, including W-2s, receipts, and perhaps even investment trading history, from the prior year. That’s right on par with watching paint dry in my book.

But tax time is also a godsend for a vast majority of tax filers because it leads to a welcome refund. About 80% of all taxpayers each year receive a refund from the federal government.

In other words, 15% of filed returns accounted for 77.7% of all collected income taxes in 2013, with the wealthiest income group accounting for almost half. You may not think the richest Americans pay their fair share, but as a percentage of total taxes paid, they appear to be pulling their weight.

In terms of two common taxes that you and I likely pay, the rich simply pay a considerably higher rate. The progressive federal income tax brackets, of which there are seven, feature a peak marginal tax bracket of 39.6% for individuals earning more than $415,050 and married filers above the $466,950 annual threshold. Data from the Tax Policy Center shows that the average effective tax rate across America as of 2015 is just 19.8%, and even this figure was heavily skewed by the richest Americans. It’s likely that your effective tax rate could be even lower.

1. Medicare surtax
The first big difference between the richest Americans and the middle class when it comes to taxes can be found in the Medicare surtax.

The Medicare payroll tax is 2.9% for nearly all Americans. This 2.9% is typically split between you and your employer, with each side covering 1.45%. If you happen to be self-employed you’d be responsible for all 2.9%. However, things are a bit different for the richest Americans.

If individuals, married filers, head of household, or married and filing separately individuals exceed the income thresholds shown in the table, they’ll be responsible for paying an additional 0.9% Medicare tax, or 3.8% in total. For employed individuals, this means forking over 2.35% compared to your employers’ 1.45%, and for the self-employed it means paying 3.8% on any income earned above and beyond the threshold. This means the higher tax only kicks in once you reach these thresholds, and only affects any income above these thresholds.

Here we have yet another table with income thresholds as provided by the IRS, and you’ll notice that the amounts are the same as for the Medicare surtax. The NIIT is a 3.8% tax on investment income, which could include capital gains, dividends, interest, or rental and royalty income, specifically for individuals, married filers, head-of-household filers, and married but separate filers who have incomes above the aforementioned thresholds.

Note that it is possible for the richest Americans to owe both the Medicare surtax and the NIIT since they focus on different aspects of income (wages versus investment income).

3. Estate tax
Although anyone could, in theory, owe estate taxes, only the richest 2% or 3% of Americans typically wind up paying them.

An estate tax is simply the tax the federal government levies on your right to transfer your property to others upon your death. Most simple estates, which involve cash and stock transfers, don’t require the filing of an estate tax return. More importantly, the federal government allows a lifetime estate tax exemption of $5.45 million, which helps remove the majority of estates from discussion. It’s individuals with estates in excess of $5.45 million that could wind up owing money.

It is worth noting that there’s a partial workaround in place for the richest Americans when it comes to disbursing wealth to their family and friends. A gift of $14,000 can be given to as many people as you’d like each and every year without having it count toward your $5.45 million lifetime exemption. This could allow a wealthy parent or grandparent to reward friends and family with millions of cumulative dollars throughout their lifetime without having a single cent of it subject to estate taxation.

Additionally, I’d be remiss if I failed to point out that 15 states have an estate tax according to the Tax Foundation, with these states having exemptions ranging from as low as $675,000 (New Jersey) to as high as $5.45 million (Hawaii), in line with the federal lifetime exemption levels.

Tax time may not be your favorite time of the year, but there’s always a bright side: At least you’re probably not paying these added taxes reserved for the richest Americans.

Renowned investor issues rare “double down” stock alert
Not to alarm you, but you’re about to miss an important and rare event. You see, renowned investor David Gardner (whose investing newsletter was reported in The Wall Street Journalas one of the best performing in the world*) just revealed his next great stock idea. And something very particular about David’s pick has investors rocking with excitement. David issued a rare “double down.” This only happens when he finds a stock so unique and remarkable he pounds the table and recommends it a second time. And when David doubles down it pays to take notice… because the average return for his past double down picks is a mind-blowing 598%!

David’s pick just came out, so there’s still time to get in early. Click here for details on how you can get David’s rare double down stock pick.

Returns as of March 18, 2016. *”Look Who’s on Top Now” appeared in The Wall Street Journal which reference Hulbert’s rankings of the best performing newsletters over a 5 year period from 2008-2013.