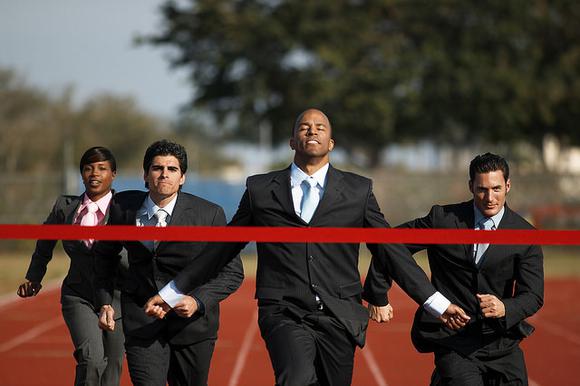 The work doesn’t stop once you reach the finish line of retirement. Here are four ways seniors could struggle to meet their financial needs during their golden years.

The road to retirement can seem arduous at times, but a common belief among working Americans is that the hard work is over once they reach their “retirement number” — that is, the magic dollar amount they believe will allow them to retire in comfort and security.

Unfortunately, this isn’t the case. If seniors don’t carefully manage their nest eggs in retirement, they could find themselves hurting financially during their golden years, with few ways to make up for financial shortfalls. Here are four ways seniors commonly wreck their retirement.

1. Outliving their nest egg
Seniors’ biggest worry is arguably outliving their money. This fear is exacerbated by the fact that the average life expectancy of Americans has spiked from about 70 years in the mid-1960s to almost 79 years today. Early in your career, your best estimate of the income you’ll need in retirement may turn out to be vastly different from what you’ll actually need to get by when you leave the workforce for good.

The good news is that undershooting our retirement number can be a pretty straightforward problem to rectify. The key is to live within your means, which in effect means living on a budget. Your income during retirement will likely be lower than the wages you earned on the job. Formulating a workable budget allows seniors to understand their cash flow and help ensure that they don’t overspend. This might involve setting money aside into separate accounts just to ensure your spending within certain categories, such as food or entertainment, remains on track. Best of all, developing a working budget and examining your spending habits can often be done in as little as 30 minutes each month.

2. Being unprepared for tax implications
Unexpected tax costs can also deal a blow to retirees’ finances if they’re not prepared.

For example, 13 states tax Social Security benefits, and four of them charge the same rate as the federal government (i.e., without any income exemptions). If you happen to retire in one of these four states (Minnesota, North Dakota, Vermont, and West Virginia), you could find yourself handing back more to the federal government than you had expected. The same can be true for the taxation of retirement benefits, such as IRAs and 401(k)s, since different states can tax retirement benefit withdrawals differently and boast different exemption levels. In other words, where seniors choose to retire can definitely matter to their bottom line.

Other than gaining a full understanding of the tax policies of the state they plan to call home in retirement, seniors should have a withdrawal plan in place. A withdrawal plan is (preferably) drawn up ahead of retirement, and it determines how much you’ll take out of your retirement plan(s) each year. It’s important that seniors not only pay close attention to the amount they’re planning to live off of each year (i.e., ensuring their nest egg stretches for a long time), but also pay close attention to how their state taxes retirement income.

According to a fairly recent study from the Insured Retirement Institute, about four in 10 baby boomers didn’t have a single cent saved toward retirement. This likely means they will be working as long as possible and relying on Social Security for a good chunk of their income. A separate study from the AARP released in September showed that about half (51%) of all pre-retirees aged 45 to 64 plan to rely on Social Security for 41% to 100% of their income in retirement.

What makes this strategy so dangerous is that the Social Security program is less than 20 years away from a potentially big change. The Board of Trustees expects the program to burn through its excess cash reserves by 2035, meaning benefits could be cut by up to 21%. For retirees dependent on Social Security income, this isn’t a comforting forecast.

The easiest solution is to use your budget both before and after you retire to set aside money for investments. Right now, those who are aged 60 are generally expected to live for another two decades or more, which is plenty of time to use compounding to their advantage. Stocks typically return around 7% per year over the long haul without dividend reinvestment, so supplementing high-quality investments and dividends with Social Security income can be a great way to avoid becoming reliant on Social Security income.

4. Being blind to healthcare costs
The last retirement wrecker is the surprising cost of healthcare, which has been rising faster than the rate of inflation for years.

According to data from the Employee Benefit Research Institute, in 2014, a single male would need about $116,000 on average just to have a 90% chance of covering healthcare expenses during retirement. Females would need $131,000, as their life expectancies are nearly five years longer than their male counterparts’. Worse yet, these six-digit healthcare cost expectations take into account what Medicare is expected to cover, meaning all of it could wind up coming directly out of the pockets of seniors.

One smart solution that roughly 30% of today’s Medicare-eligible seniors have chosen is a Medicare Advantage plan, also known as Part C. A Medicare Advantage plan allows seniors to take advantage of all original Medicare components (Part A and Part B) while also getting drug and maybe even dental or vision coverage all wrapped into one plan. Most importantly, Medicare Advantage plans have out-of-pocket annual deductible limits. Original Medicare does not. So, while opting for a Part C plan could come with a slightly higher premium, it can also bring the peace of mind of knowing how much of you’re medical costs you’re responsible for paying in retirement.