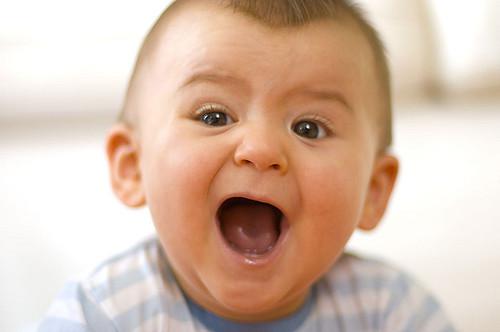 Investing and emotions can make for a volatile cocktail, but sometimes you find a company with an awesome opportunity to do great things and be a market-crushing investment along the way. When this happens, it’s hard not to get excited. The trick is controlling that excitement and staying disciplined when you choose to act on what you’ve found.

These contributors have a top stock they’re excited about, so we asked them to tell us what makes these stocks so compelling. Here’s a closer look at what they had to say.

Evan Niu, CFA
I’ve always been a tech guy, and right now we’re seeing a monumental convergence between Silicon Valley and Detroit. As all of the major players continue to explore how they can improve, disrupt, or contribute to the future of mobility, one company stands out as the most exciting to watch: Tesla Motors (NASDAQ:TSLA).

Independent of Tesla’s sky-high valuation and the related growth expectations that are being priced in (which is fodder for another discussion), Tesla’s ambitions are incredibly exciting purely on the technological and product fronts. And I’m not just talking about the advent of the affordable electric car. Tesla Energy has immense opportunities to revolutionize energy storage applications, technology, and costs. Batteries can help address one of the fundamental hurdles with renewable energy sources: intermittency.

It’s also worth pointing out that all of these goals are incredibly long-term. The auto market moves relatively slowly, and the energy sector is so massive that it takes a very long time to make any type of meaningful change. For example, Elon Musk has estimated that it would take a minimum of 20 years to convert the entire global fleet of cars to electric. And that’s if 100% of new car sales were electric, which they’re not. Realistically speaking, we could easily be talking about 50 years or more until EVs comprise a majority of the global fleet.

Tesla has never been short of naysayers and skeptics, yet the company has always executed on its targets, even if it’s late at times. Tesla will remain a battleground stock and company for the foreseeable future, which will only make its maturation that much more fun to watch unfold.

Brian Feroldi
Any investor looking to add a little bit of growth to his or her portfolio might want to give Regeneron Pharmaceuticals (NASDAQ:REGN) a closer look. This biotech behemoth has been a stellar performer for years, thanks to its blockbuster success of Eylea, its drug that treats age-related macular degeneration and diabetic macular edema. Sales of Eylea grew an astounding 54% in the U.S. last year, and with 10,000 baby boomers turning 65 each day for the next 13 years, the odds look good that demand for drugs that treat eye diseases should continue to grow.

But there’s more to the Regeneron growth story than just Eylea. The company is in the process of launching its next-generation cholesterol-busting drug, Praluent, which is staring down a multibillion-dollar market opportunity. While sales of Praluent have been a bit slower than hoped for out of the gate, they are slated to pick up over the next year as reimbursement is removed as a barrier. In addition, the company will be reporting data from a cardiovascular outcomes study later this year. If the data show that Praluent lowers the risk of a heart attack or stroke, then demand for the drug could increase significantly.

Regeneron also has a solid pipeline of late-stage drugs and is slated to hear from the FDA in October about its new rheumatoid arthritis drug, sarilumab. If approved, sarilumab will be a new treatment option in the multibillion-dollar global inflammation market, and it stands a good chance of stealing market share away from existing rheumatoid arthritis therapies.

Right behind sarilumab, Regeneron has yet another potential blockbuster drug called dupilumab, which is in phase 3 studies as a treatment for atopic dermatitis and asthma, both of which affect millions worldwide. If the company reports positive data from those studies, then dupilumab could be in regulators’ hands before the end of the year.

Add it all up, and Regeneron has the potential to have four different blockbuster drugs on the market in the next few years.

Of course, the market is aware of all of this potential and has priced Regeneron’s stock accordingly. Shares are currently trading hands at more than 32 times trailing non-GAAP earnings, which implies that investors expect big growth over the coming years. Still, for a high-quality company like this, I think the premium is worth paying.

Matt DiLallo
Although the price of oil and gas is beholden to cyclical downturns when supply and demand get out of whack, over the next decade both demand and therefore supplies are expected to grow. That’s especially true for natural gas, which is expected to see a 27% spike in demand through the end of this decade, necessitating a similar rise is supplies. That’s why I’m pretty excited about Kinder Morgan (NYSE:KMI). It’s well positioned to benefit from this trend thanks to its strong position linking supply basins to demand centers:

What’s unique about Kinder Morgan is that it produces very little oil and gas. Instead, it makes most of its money by owning and operating natural gas pipelines that charge a fee to move gas from supply basins to end users. Those pipelines earn money irrespective of the value of the natural gas flowing through, which drives strong recurring cash flow for the company.

Furthermore, because of its size and scale, Kinder Morgan is well positioned to capture an outsize portion of the growing need for new natural gas pipelines in the years ahead. That will provide it with a steady stream of investment opportunities, from which it can grow its already gargantuan cash flow, providing it with greater ability to return cash to shareholders.

The natural gas megatrend is one a lot of investors are overlooking right now because its price has been so weak. However, it’s a trend that I’m pretty excited about, which is why I continue to like Kinder Morgan despite the rocky road it has been on over the past few months.

Jason Hall
I’ll double up with Matt on Kinder Morgan, and not only for the reasons he describes. While those are certainly key behind my thinking for the long term, a big part of my excitement for the midstream giant is that it has already largely “de-risked” itself. In December, the company was essentially forced to slash its dividend by 75%, only days after management stated that the company would produce more than enough cash to sustain it, when a credit rating agency threatened to lower its credit rating to junk status.

While this move caught many off guard and harmed investors — at least for the short term — it put the company in a better financial situation, and created significant value for buyers. Add the fact that Kinder Morgan is a safer stock today than it was a few months ago, because of the shift in its capital allocation strategy, to Matt’s long-term outlook, and Kinder Morgan is an exciting investment opportunity today.

Steve Symington
On the heels of its fifth consecutive quarterly earnings beat last week, I’m as excited as ever by the long-term potential of Splunk (NASDAQ:SPLK). This company specializes in operational intelligence software that analyzes unstructured machine data to make its customers — namely, enterprise clients — more efficient, secure, and productive.

But I will admit one thing that might seem off-putting at first glance: Splunk consciously forgoes bottom-line profitability in favor of investing to grow revenue and thereby take market share in these early stages of its long-term story. However, Splunk is cash flow-positive in the meantime; as revenue climbed 49% to $220 million last quarter, cash flow from operations rose 49.5% to $77 million, or to 35% of sales and well above its long-term goal for maintaining operating cash flow margin of at least 20%.

Also to Splunk’s credit, its aggressive investments in both research and development and marketing are paying off in spades. Last quarter alone, Splunk added an impressive 600 enterprise customers to its base, with new and expanded customer relationships including big names such as the Federal Reserve, eBay, Expedia, and Nasdaq. That brought its total to more than 11,000 customers, demonstrating that Splunk’s novel platforms continue to resonate with its global target audience.

Best of all, Splunk stock still hasn’t recovered after being dragged down along with the broader market in recent weeks. Despite a healthy post-earnings pop after its most recent report, shares still sit more than 20% lower than they started this year. As such, I think this represents a perfect chance for opportunistic investors to open or add to their positions in Splunk.

Something big just happened
I don’t know about you, but I always pay attention when one of the best growth investors in the world gives me a stock tip. Motley Fool co-founder David Gardner (whose growth-stock newsletter was the best performing in the world as reported by The Wall Street Journal)* and his brother, Motley Fool CEO Tom Gardner, just revealed two brand new stock recommendations. Together, they’ve tripled the stock market’s return over the last 13 years. And while timing isn’t everything, the history of Tom and David’s stock picks shows that it pays to get in early on their ideas.

Click here to be among the first people to hear about David and Tom’s newest stock recommendations.

*”Look Who’s on Top Now” appeared in The Wall Street Journal which references Hulbert’s rankings of the best performing stock picking newsletters over a 5-year period from 2008-2013.