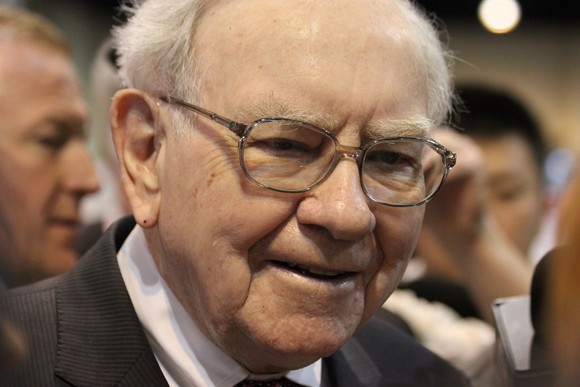 5 High-Yield Warren Buffett Stocks: Are Any Worth Buying Now?

The Berkshire Hathaway portfolio is well stocked with dividend payers, but for income investors seeking well-priced payouts, a small number stand out.

Warren Buffett loves dividend stocks – especially those of companies that prioritize steady payout growth: Berkshire Hathaway‘s (NYSE:BRK-A) (NYSE:BRK-B) stock portfolio is loaded with dividend payers. However, many of them don’t have yields high enough to attract those retail investors who are relying on their holdings to produce steady income.

If that describes you, you might benefit from checking out this list of the five highest-yielding stocks in Berkshire Hathaway holdings, each of which yields at least 3% as of this writing. Below, I’ll go into more detail about two of them in particular that look attractive now.

Which are the best buys?

First of all, I wouldn’t call any of these stocks bad long-term investments. There’s definitely a solid case to be made for each one. That said, I think that Store Capital and General Motors offer the most compelling values right now.

Store Capital is a recent addition to Berkshire’s holdings: A 9.8% stake in the real estate investment trust was acquired by Berkshire subsidiary National Indemnity in June.

The company is a net-lease REIT, an attractive business structure in which tenants are responsible for many of the unpredictable costs of property ownership, such as property taxes, building insurance, and certain maintenance expenses. In addition, the leases are generally long-term with automatic rent increases (aka, escalators) built right in. In a nutshell, net-lease real estate tends to have minimal turnover and vacancy risk, and creates a steady, predictable, and growing stream of income. It’s not difficult to see why Buffett and his team would like such an arrangement.

Store Capital owns 1,770 properties that it leases to 371 different tenants. The company has a particularly high concentration of service-oriented businesses, which are inherently resistant to e-commerce competition. Restaurants, early childhood education businesses, movie theaters, and health clubs are Store’s largest property categories. The average lease in Store’s portfolio has a 1.8% annual rent escalator rate, and has 14 years left until it expires. Occupancy sits at 99.5%, one of the highest rates of any REIT in the market.

The reason I think Store Capital is a compelling value right now is that its share price was beaten down recently, along with most other stocks with ties to brick-and-mortar retail, although it doesn’t have the same risk factors. Store’s stock fallen by nearly 20% over the past year, creating an opportunity for long-term investors who are willing to ride out the tough times in retail.

Too cheap, even considering the gloomy forecast for automakers

General Motors has produced some impressive profits in the past few years, but the company’s stock price has barely budged – it’s up just 5.6% over the last three years. Shares trade for a shockingly low 6.3 times earnings at a time when the stock market broadly is considered expensive by many experts.

The reason? Industry experts are projecting a cyclical downturn in new vehicle sales, forecaseting significant declines in the next few years. As my colleague Rich Smith wrote in June, analysts at Morgan Stanley believe that 2017 will represent a peak in U.S. auto sales, and J.D. Power is even forecasting a small drop in sales for this year.

While it’s inevitable that the pace of sales will fall at some point, General Motors still looks like a bargain. The company has low debt and a lot of cash, that will allow it to fund its operations even if profits drop dramatically, and since its payouts have absorbed less than one-fourth of the company’s earnings over the past year, GM’s profits could literally drop by 75% and still be substantial enough for it to maintain its dividend.

We may not see much earnings growth for some time, but there’s not much reason for the degree of worry that seems to be priced into General Motors’ stock now.