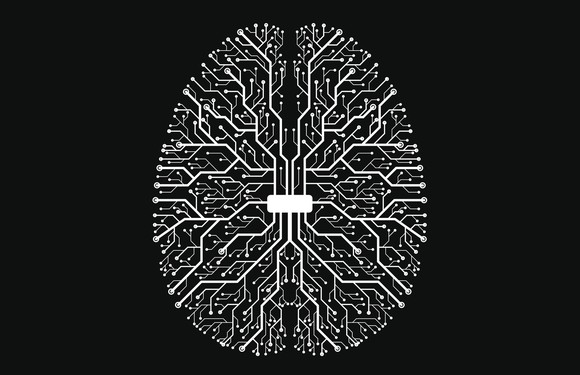 5 Reasons You Should Own at Least 1 Artificial Intelligence Stock

Read this if you’ve been putting off investing in AI stocks.

By now, you’ve probably heard tons about artificial intelligence (AI) and how it’s shaping up to be the next big thing in the technology sector. But I’ll forgive you if you’re skeptical about jumping on AI stocks right now. Tech companies by default have to chase new trends in order to stay ahead of the curve, and they don’t always get it right.

But there are a handful of reasons you shouldn’t be skeptical of what’s going on in AI. Artificial intelligence is already embedded into many technologies currently in use, the technology will transform far more than just the technology sector, and it’s probably not as risky an investment as you might think.

Revenues from artificial intelligence software are expected to jump from less than $1.4 billion in 2016 to $59.8 billion by 2025, according to data from Tractica, and some companies are already knee-deep into the market. Graphics-processor maker NVIDIA (NASDAQ:NVDA) is already selling its own AI-powered driverless-car technology and supercomputers to other companies.

NVIDIA’s Drive PX computer processes image information that autonomous cars collect in order to give them situational awareness, and its DGX-1 supercomputer is used by other tech companies to help process deep-learning tasks. AI helped triple NVIDIA’s data center revenue in the most recent quarter, with the company’s CFO, Colette Kress, saying:

“AI has quickly emerged as the single most powerful force in technology. And at the center of AI are NVIDIA GPUs.”

2. It’s already transforming the way we use computing systems

If you have an Amazon (NASDAQ:AMZN) Echo speaker in your home, have ever used Alphabet‘s (NASDAQ:GOOG) (NASDAQ:GOOGL) Google Assistant, or talked to Apple‘s Siri, then you’ve interacted with artificial intelligence on some level already.

Those smart assistants are changing how we interact with computing platforms, but AI is making it easier to sift through and learn from data as well. Amazon’s most lucrative business, its Amazon Web Services (AWS), now offers machine-learning services (part of the broader AI market) to improve natural-language processing, image analysis, and speech generation across apps and services that use AWS.

In short, many of the apps and websites that you frequent are already using AI to make product searches more efficient, photo recognition more accurate, and speech recognition more precise.

Artificial intelligence has, of course, many technology-focused applications, but it’s not limited to that sector. Speaking about AI, NVIDIA CEO Jen-Hsun Huang said on the company’s fiscal fourth-quarter 2017 earnings call a few months ago:

“The next area of growth will occur as enterprise in such fields as healthcare, retail, transportation, and finance embrace deep learning on GPUs.” And a recent report from Tractica says that advertising, finance, healthcare, consumer devices, and aerospace are leading the adoption of AI, and that “growth will be strong across nearly every industry.”

Examples of this are everywhere. Microsoft‘s (NASDAQ: MSFT) Cortana Intelligence Suite (part of its AI solutions) was used by Carnival Cruises to improve water consumption on its ships. Implementing Microsoft’s AI allowed Carnival to track its water usage and automatically make adjustments for more efficiency, which could result in the company saving $200,000 per ship each year.

Microsoft isn’t the only one venturing out of the tech world, of course. International Business Machines has been on the forefront of artificial intelligence and machine-learning systems for decades, and some of its recent acquisitions — totaling more than $4 billion — have been companies focused on cognitive healthcare.

The company uses its famed Watson AI to sort through genetic-testing data for healthcare companies, analyze how companies interact with their patients, and even enlists its help to discover new drugs.

4. Nearly every major tech company is betting on this

I’ve already mentioned what NVIDIA, IBM, Amazon, and Microsoft are doing in the space, but Facebook (NASDAQ:FB) and Alphabet are making huge plays as well. Alphabet is using AI to serve up better ads to its users, detect images in its Google Photos app, and understand what you’re saying to its Google Assistant.

At the company’s recent Google I/O conference, management said that it has now shifted from a mobile-first approach to an AI-first focus. Perhaps that’s why Alphabet has acquired at least 20 AI companies over the past couple of years, including DeepMind, whose AI program recently beat the current champion of the ancient board game Go. DeepMind announced last month that it’s moving on from games and will start using its algorithms to help find cures for diseases, reduce energy consumption, and possibly even invent new materials.

Facebook uses its AI systems to fine-tune the content it serves up to its nearly 2 billion users, by improving facial recognition and helping decide which stories show up in your News Feed.

The company uses an AI system it created, called DeepText, to “understand with near-human accuracy the textual content of several thousands posts per second, spanning more than 20 languages.” Without AI, Facebook would have problems sifting through the massive amount of posts, videos, and pictures it receives every day and deciding which is the most relevant.

Many emerging tech trends can be risky, but the companies listed above are spreading out their bets among many different opportunities, including AI, which should allow investors to benefit from this growing market without getting burned if things don’t go exactly as planned. Even income investors have their pick of solid dividend plays in artificial intelligence, so there’s an opportunity to get paid while waiting for AI’s potential to materialize.

Should Nvidia be on your buy list? It’s on ours…
Motley Fool co-founders Tom and David Gardner have spent more than a decade beating the market. In fact, the newsletter they run, Motley Fool Stock Advisor, has tripled the S&P!*

Tom and David just revealed their ten top stock picks for investors to buy right now. Nvidia made the list — but there are 9 other stocks you may be overlooking.