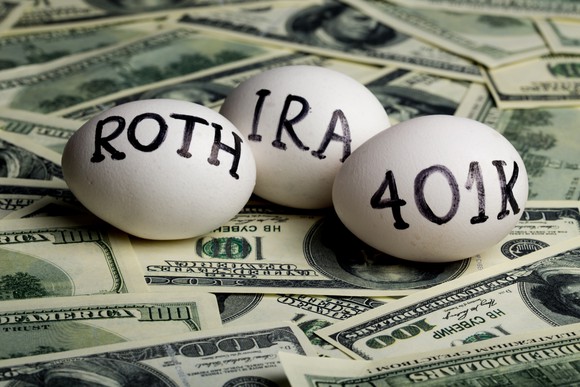 Here are five ways to boost the investment performance of your retirement savings and end up with tens of thousands, or hundreds of thousands of dollars more in retirement.

Your IRA shouldn’t just be something you toss a little money into every year or two. According to the 2016 Retirement Confidence Survey published by the Employee Benefit Research Institute, about 29% of workers expect their IRAs to be a major source of income in retirement. Your IRA(s) will likely deliver critical retirement income to you, too, so learn about some smart IRA moves you can make this year and beyond.

One of the most powerful things you can do with an IRA is to max out your contribution each year. Just how much can you contribute to an IRA this year? For both traditional and Roth IRAs in 2016 and 2017, contribution limits are $5,500 for most people and $6,500 for those 50 and older. Limits are occasionally increased, to keep up with inflation. (The limit applies to one or more IRAs, together — not to each of any IRA you might have. That means you could spread a $5,500 contribution for 2017 across both a traditional and a Roth IRA or several different IRAs if you wanted to.)

Investing $5,500 each year may not seem all that powerful, but it is. The following table shows you how much you might amass if you contribute $5,500 annually for various numbers of years, earning an average annual return of 8%.

Those are some big numbers. If you’re diligent, and especially if you start early, you can grow a nest egg worth half a million dollars or more — just via your IRA.

There are actually a bunch of different kinds of IRAs, so spend a little time deciding which will serve you best. Self-employed folks, for example, might do best with SIMPLE or SEP IRAs, but most of us who toil for employers will want to use a basic traditional IRA or a Roth IRA.

A Roth IRA isn’t necessarily best for all, but if you have many years until you retire, it could have a big edge, as you can reap the long-term effects of compounded growth without being taxed on them. One reason you might prefer a traditional IRA is if you expect to be in a much lower tax bracket when you’re retired. The traditional IRA would let you defer taxation when you’re in the high bracket and be taxed on withdrawals when you’re in a low bracket.

Smart IRA move No. 3: Convert a traditional IRA into a Roth

If you love the tax-free nature of Roth IRA withdrawals but have thousands of dollars in a traditional IRA, all is not lost. You can start funding a Roth IRA from now on — and you can consider converting your traditional IRA into a Roth. To do that you’ll have to pay taxes on the value of the assets in the year of the conversion, but then they’ll be in an account that can grow and later be tapped tax-free.

A particularly good time to make a conversion to a Roth IRA is when the market tanks and your holdings in your traditional IRA are depressed, leaving less money to be taxed and a lower tax bill. Note that converting to a Roth isn’t always the best move. For example, if you’ll face steep taxes because of the conversion, that might be a deal breaker.

Another smart IRA move is rolling over old 401(k) money into an IRA. When you leave a job, you typically have some choices regarding what to do with your 401(k) account. You might be able to move the assets into a 401(k) account at your new employer. You might also simply cash the account out, as many do — especially when they haven’t worked long at the company and have a seemingly slim account. Cashing out your account is usually a bad move, though, even when it doesn’t seem to have that much in it. You’ll pay taxes on the sum, plus a hefty 10% penalty if you’re younger than 59 1/2. Another compelling option is to roll over the money in your old 401(k) into an IRA, where fees might be lower and your investment options will be broader. Read up on the rules, though, lest you end up facing a fine for going about the rollover in the wrong way. For example, if you roll over funds from a traditional 401(k) into a Roth IRA, you’ll pay taxes on the amount rolled over. If you roll over from a traditional 401(k) to a traditional Roth IRA or from a Roth 401(k) to a traditional IRA, you’ll owe no taxes. 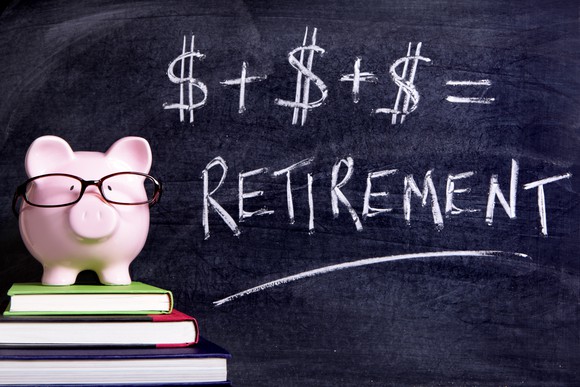 Smart IRA move No. 5: Keep those fees down

Finally, pay attention to the fees you pay. Many major brokerages and financial services companies don’t charge much in the way of fees when you maintain an IRA with them. Trading commissions, for example, can be easy to find at $10 or less. Still, if you’re filling your account with mutual funds or exchange-traded funds (ETFs), look into the expense ratios (annual fees) you’re being charged, as seemingly small fees can shrink your returns considerably over long periods. Beware of being charged an overall percent-of-assets fee, which can happen at many full-service brokerages. If you have an account worth $150,000 and you’re being charged 1.5% of assets each year, you’ll be forking over $2,250 in a single year. That’s dreadful, but especially so when your annual contribution is only $5,500 or $6,500.

Keep the five smart moves above in mind as you save for retirement with one or more IRA accounts, and you’ll likely enjoy a more comfortable future. Simply upping your annual contribution by $2,000 to the maximum $5,500 can result in tens of thousands of dollars more over time.

Longtime Fool specialist Selena Maranjian, whom you can follow on Twitter, owns no shares of any company mentioned in this article. The Motley Fool has a disclosure policy.