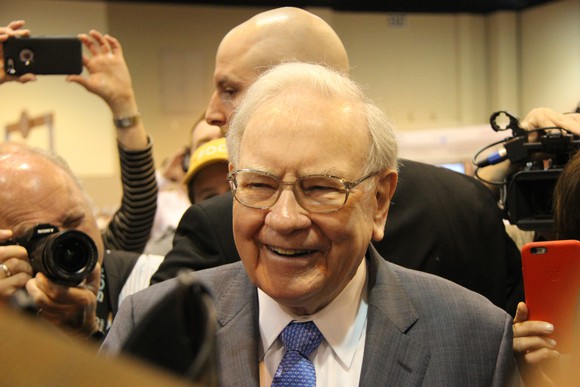 Warren Buffett’s response to Donald Trump’s comments tells us a lot about the Oracle’s broader philosophy.

In the second presidential debate, Republican candidate Donald Trump made certain claims about Warren Buffett’s tax history, specifically that Buffett takes massive deductions and takes advantage of the tax laws. While these assertions may be true to a certain extent (everyone who deducts anything “takes advantage” of the tax laws), Buffett was quick to set the facts straight. Here are five things we now know about Warren Buffett’s taxes.

1. Buffett’s effective tax rate probably is lower than his secretary’s

Warren Buffett has famously said several times that he pays a lower effective tax rate than his secretary, and that this is one of the problems with the U.S. tax system. In fact, Hillary Clinton supports the “Buffett rule,” which provides for a minimum 30% effective tax rate for the wealthy, in order to ensure they pay more of their income than the middle class.

In his response to Donald Trump’s comments about his taxes, Buffett revealed that his adjusted gross income (AGI) in 2015 was $11,563,931, and his federal income tax for the year was $1,845,557. This translates to an effective tax rate of 16%. Depending on how much his secretary earns, Buffett’s tax rate could certainly be lower than hers. I’m certainly not anywhere near Buffett’s income level, and my wife and I paid more than 16% last year.

2. However, it could possibly be even lower if he wanted

The IRS allows individuals to deduct up to 50% of their AGI in charitable contributions each year. Since Buffett reported income of $11,563,931, this implies that Buffett could deduct up to $5,781,965 — far more than the $3,469,179 charitable deduction he actually took. Buffett contributed more than $2.8 billion to charity last year, so he certainly had more to deduct.

To debunk the implication that he avoids paying federal income taxes, Buffett said that he has filed tax returns for 72 years, and that each and every one of them shows he has paid federal taxes. This dates all the way back to 1944 when Buffett owed $7. In other words, Buffett’s taxes helped the U.S. government pay for World War II.

4. He doesn’t use the massive carryforwards he’s entitled to

As I mentioned earlier, Buffett made more than $2.8 billion in charitable contributions last year. The reason for this is the “giving pledge” signed by Buffett and other billionaires, which means that Buffett has committed to giving away 99% of his wealth for charitable uses.

In Buffett’s case, he has pledged to give away 4% of his Berkshire Hathaway shares every year. Since Forbes last estimated Buffett’s wealth at $65.3 billion, his total contribution should be a little over $2.6 billion. (Note: Since he’s donating stock, the exact value of his contributions varies over time.)

The IRS allows charitable contributions in excess of the 50% limit to be carried forward for up to five years, but Buffett has never carried a deduction forward, and says he never will. In the case of charitable contributions, since he’s donating billions of dollars every year, he wouldn’t be able to use a carryforward even if he wanted to at this point.

5. If you’re rich, an audit is commonplace

Donald Trump has famously said that he won’t release his tax returns, because he is under audit. However, he fails to mention that this is a pretty routine occurrence for high-income individuals. Buffett himself is currently being audited.

The overall IRS audit rate is less than 1%, but before you think of this as a coincidence, it’s a well-documented fact that higher income levels mean a higher probability of an audit. The IRS actually has a group known as the Wealth Squad, which was created in 2010 to focus on high-income taxpayers. And it makes perfect sense — after all, if the IRS uncovers an error on a tax return of a schoolteacher, it may bring in a few hundred extra dollars. On the other hand, if a billionaire makes a tax error or oversight, it could translate into millions in additional IRS revenue.

You may be surprised at just how common audits are in the higher income levels. If your AGI is between $75,000 and $99,999 for the year, you have a 0.52% chance of an audit as of 2014, the most recent tax year for which we have complete data. For those who make more than $10 million, this percentage shoots up to 16.2%. In other words, the highest-income individuals are more than 30 times more likely to be audited than middle-income taxpayers.

Two sides to the argument

Buffett’s statement was a well-timed response to Trump’s claim in the latest presidential debate, but there are two sides to the argument. Warren Buffett and Donald Trump simply look at wealth in two different ways. Buffett has the view that his wealth is best used to serve the people, whereas Trump is focusing on preserving his. This is why he uses every tax break he’s legally entitled to.

Whichever side you’re on, everyone seems to be in agreement that the U.S. tax system is flawed and needs an overhaul. Will Trump’s plan of massive tax cuts create the economic boom he claims, or is Hillary Clinton’s plan to eliminate loopholes and implement the Buffett rule the better solution?

Are you guilty of these 7 deadly retirement “sins”?
If you’re hoping for a safe and comfortable retirement, then you’d better be sure to avoid these 7 deadly “sins”! HINT: We’re all guilty of #1… while #2 alone could cost you a whopping $42,855*… and #5 is practically criminal!

Now here’s the GOOD news. One top financial planner – working alongside the experts at Motley Fool Wealth Management – has just put the finishing touches on a brand-new report, “The 7 Deadly Retirement “Sins” (And How to FIX Them).” And your copy is 100% free today.

Inside this free, no-nonsense guide, you’ll discover how much you should be saving, plus tips and tricks to wring the most out of your Social Security and 401(k). It could make all the difference to your retirement, so click the link below right now.

Matthew Frankel owns shares of Berkshire Hathaway (B shares). The Motley Fool owns shares of and recommends Berkshire Hathaway (B shares). Try any of our Foolish newsletter services free for 30 days. We Fools may not all hold the same opinions, but we all believe that considering a diverse range of insights makes us better investors. The Motley Fool has a disclosure policy.