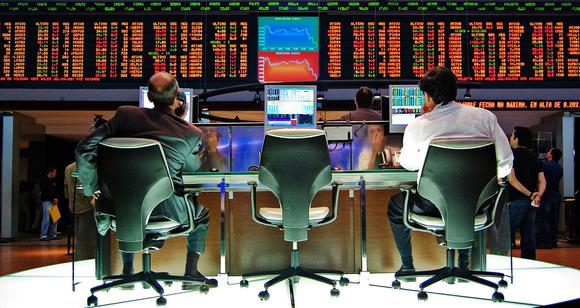 It’s been a memorable year for investors, and these rare events prove that.

When it comes to the stock market, every year is historic in its own ways, but 2016 has thrown an exceptional number of curveballs at investors. We’re only four months into the year, and we’ve already witnessed seven events that haven’t happened in at least a decade. Let’s have a brief look at some of the events that will make 2016 a year for the stock market history books.

1. The worst two-week stretch to start a year, ever
Forget the “over the past decade” talk; stocks opened the year with their worst two-week performance in recorded history. After just 10 trading sessions, the broad-based S&P 500 (SNPINDEX:^GSPC), iconic Dow Jones Industrial Average (DJINDICES:^DJI), and technology-heavy Nasdaq Composite were down 8%, 8.3%, and 10.4%, respectively. All three indexes would eventually add to their losses after a modest rebound, hitting their lows for the year in mid-February.

2. The biggest quarterly reversal in 83 years
Despite the horrendous start to the year, these losses weren’t meant to stay. By the end of the first quarter, both the Dow Jones and S&P 500 were back in the black. The S&P 500’s 0.8% Q1 gain may not exactly be something to write home about, but in terms of quarterly reversals, it was the biggest on record since 1933 for the broad-based index. At one point in mid-February, the S&P 500 was down by 10.5%.

3. West Texas Intermediate hits a 12-year low
For oil producers, seeing West Texas Intermediate (WTI) above $40 per barrel probably seems like a wish come true. However, it wasn’t too long ago that we were talking about WTI hitting a nearly 13-year low by settling below $27 per barrel. In spite of drilling rig count reductions, production hasn’t tapered off as expected, meaning oil supply has remained a challenge for the industry (and WTI pricing).

4. Natural gas prices hit a 17-year low
The pain felt by the oil industry extended into natural gas drillers as well. In early March, natural gas prices fell, intraday, into the $1.60s per million BTUs, which was good enough for the commodity’s lowest price since 1999. Like oil, oversupply has been a major concern, and shutting down rigs hasn’t made much of a production difference. As a double-whammy, warmer-than-expected weather across most of the U.S. reduced natural gas demand this past winter, further “fueling” oversupply concerns.

5. Gold’s best quarter in 30 years
On the other hand, gold had its best quarter since 1986, registering a gain of better than 16% from where it closed on Dec. 31, 2015. What’s been driving gold higher is a mix of fundamental and fear-based factors. For instance, low yields in developed countries mean little opportunity cost is given up by investors who decide to forgo buying bonds and instead invest in gold. We’ve also witnessed demand for physical gold pick up among central banks. The result is gold tipping the scales safely above $1,200 an ounce.

6. Japan sells a negative interest rate 10-year bond for the first time
Once more, let’s forget “hasn’t happened in a decade.” During the first quarter of 2016, the Bank of Japan stunned the world by cutting its benchmark interest rates into negative territory in an effort to avoid economic stagnation and deflation. In March, it sold 10-year government bonds with a negative interest rate for the first time ever. It remains to be seen if the BOJ’s aggressive actions can pull Japan out of its long-term economic funk.

7. Apple reports a year-over-year sales decline
Lastly, technology giant Apple did something we haven’t seen in 51 quarters (almost 13 years): it reported a year-over-year decline in revenue. On the heels of weakening iPhone sales, Apple reported sales of $50.55 billion, a 13% decline from the year-ago period, as profits slumped a far greater 22% to $10.52 billion, or $1.90 per share. Apple’s sales and EPS results, which are often conservative, both missed Wall Street’s consensus.

Stick to your strategy
As you can see, we’ve had quite the eventful year, and there are still eight months to go. But these events can teach us something important — namely that “X-factors” that lead to big shifts within an industry, or the entire market, are unpredictable. You might be lucky enough to accurately predict the short-term movements of an industry or the market from time to time, but doing so over the long-term with any consistency is nearly impossible because of the existence of these unknowns.

For investors, this means sticking to your long-term investment strategy no matter what the stock market throws your way. It would have been easy to be perturbed by the 10%+ decline in stocks over the first month-and-a-half of the new year and hit the exit, but hitting the sidelines would have caused you to miss out on the biggest intra-quarter rally in eight decades. As J.P. Morgan Asset Management has shown via data from Lipper, investors only have to miss a small handful of the best gains in the stock market to substantially reduce their return potential compared to buying and holding.

The volatility we’ve seen to begin the year is also a good reminder to review your holdings on a regular basis. This doesn’t mean sitting on the edge of your chair and sweating every time your portfolio moves higher or lower by 0.1%. Instead, it means confirming once a month or quarter that the reason(s) you purchased the companies in your portfolio is still valid. A bad quarterly report, in Apple’s case, probably isn’t an investment thesis killer since the company’s core businesses remain on track to produce substantial cash flow over the long run. However, a company whose business model is in jeopardy or has changed could be on the chopping block.

It’s been an exciting first four months, and I can’t wait to see what the stock market has in store for us over the next eight months and beyond.

The Motley Fool owns shares of and recommends Apple. Try any of our Foolish newsletter services free for 30 days. We Fools may not all hold the same opinions, but we all believe that considering a diverse range of insights makes us better investors. The Motley Fool has a disclosure policy.