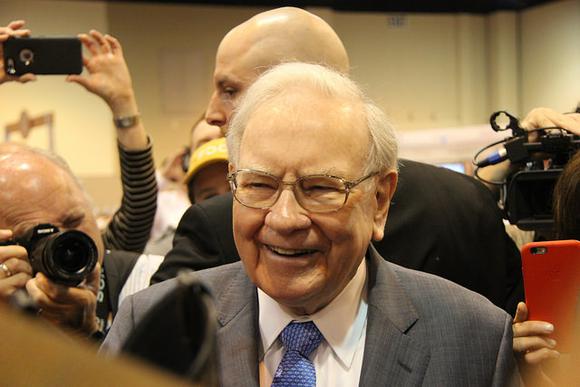 At the annual Woodstock for Capitalists, here’s some of what Warren Buffett had to say to shareholders.
By Matthew Frankel

Berkshire Hathaway (NYSE:BRK-A) (NYSE:BRK-B) hosted its annual meeting on Saturday, April 30, and 40,000 shareholders flocked to Omaha to hear what Warren Buffett and Charlie Munger had to say. Here are seven highlights from the meeting that Berkshire’s shareholders, and investors in general, may be interested to hear.

1. Why hasn’t Buffett named his successor?
This year’s annual meeting isn’t the first time the “Berkshire after Buffett” question has come up — far from it. And, Berkshire has made clear in the past that while it will not name names, a succession plan is in place, including Mr. Buffett’s successor as CEO.

There has been speculation that Ajit Jain, who oversees Berkshire Hathaway Reinsurance Group, will be the next to take the helm. Mr. Jain has been the recipient of lots of Buffett’s praise over the years, and this year’s meeting was no exception.

However, Buffett pointed out two reasons why a successor hasn’t been named yet. First, nobody knows when it will happen, and that will likely have an impact on the decision. Buffett has said that he wants a “relatively young” CEO after he leaves, one who will be at the helm of Berkshire for decades. Well, Mr. Jain is 64 years old now. If Buffett sticks around for another say, 10 years — which is entirely possible, after all, Charlie Munger is 92 and still going strong — it’s less likely that Jain will take over.

The other reason is that the personal situation of the named successor could change before Berkshire’s leadership changes. For example, if the unnamed successor decides to accept another job opportunity elsewhere, the board will need to choose another candidate.

2. Trump or Clinton? It won’t matter to investors over the long run
Buffett and Munger were asked about the effects of a Donald Trump presidency on Berkshire, particularly the regulatory impact on the company. And, Buffett made perfectly clear that he expects Berkshire to do fine no matter who is in the White House.

“We’ve operated under price controls, we’ve had 52% federal taxes applied to our earnings…we’ve had regulations come along,” said Buffett. “In the end, business in this country has done extraordinarily well for a couple hundred years.”

He went on to say that “no presidential candidate is going to end it. They can shape it (the economy) in ways that are good or bad.”

In his most recent letter to shareholders, Buffett included a lengthy discussion about why all of the politicians are wrong — America is doing just fine and will continue to do so.

3. Stay away from IPOs
There has been a spike in initial public offering (IPO) activity in recent years, and some investors have made serious profits. However, Buffett cautions that this is the exception, not the rule.

At the meeting, Buffett said “You don’t have to really worry about what’s really going on in IPOs. People win lotteries every day…”

In other words, IPO investing is not much different than gambling, at least in Buffett’s eyes. With a limited amount of the company’s financial history available for public review, it’s difficult, if not impossible, to properly evaluate most IPOs.

Plus, the numbers seem to back up Buffett’s words. Of the 170 IPOs that priced in 2015, 57% finished the year below their offer price. Investors who got into highly anticipated IPOs such as GoPro, Etsy, and Lending Club on their first trading day have lost more than half of their initial investments.

4. Berkshire will continue to pursue large acquisitions
Earlier in 2016, Berkshire Hathaway closed on its acquisition of Precision Castparts for $32 billion, Berkshire’s largest acquisition ever. And, Buffett alluded that Berkshire is looking to make similarly sized acquisitions going forward.

Buffett always emphasizes good managers when making an acquisition, and it’s reasonable to assume this is an even bigger factor in an acquisition of this size. During the meeting, Buffett called Precision Castparts CEO Mark Donegan and “extraordinary manager” and nearly “one of a kind.”

So, while he said he’s love to find three or four more companies like Precision Castparts to buy, the people leading the companies will be extremely important in the decision process.

5. Berkshire has AAA credit, but the analysts don’t realize it yet
This is actually something Vice Chairman Charlie Munger wants you to know. One of the questions asked during the meeting was about why Berkshire doesn’t have a AAA credit rating from the rating agencies. This seems like a reasonable question — after all, Berkshire generates tons of cash, its businesses are profitable, and it’s so diverse and widespread that a debt default would seem out of the question.

Munger quickly gave an answer: “The rating agencies are wrong.”

One reason Buffett isn’t worried much about activists is Berkshire’s substantial cash position. Because of this, the company has the ability to repurchase large amounts of its own shares at any time and bolster its own stock price. He also doesn’t think an activist would necessarily be able to act in shareholders’ best interests — in fact, Buffett thinks shareholders would actually lose value if the company were to be broken up.

Additionally, Buffett’s own stake will be held by his estate for several years after his death. The large voting power of these shares should be a turn-off to potential activists, Buffett said.

7. Berkshire could raise its buyback threshold — someday
Berkshire Hathaway has a buyback program that allows it to repurchase as many shares as it wants if they fall below a certain valuation threshold, currently 120% of book value. However, this is a valuation that is rarely seen.

Buffett has said that Berkshire will eventually run out of ways to efficiently use all of its businesses’ profits, and if this were to happen, it’s possible the threshold could be moved up a little. It’s unclear what Buffett believes the intrinsic value of Berkshire’s stock is, but he has made the claim (and backed it up) that the valuation should be significantly higher than 120% of book.

Still, Buffett is and always will be a bargain hunter, so before this threshold would be raised, you can be sure Berkshire would have exhausted all options. And, Buffett suggests that wouldn’t even be a likely consideration until the company has over $100 billion in cash sitting around.