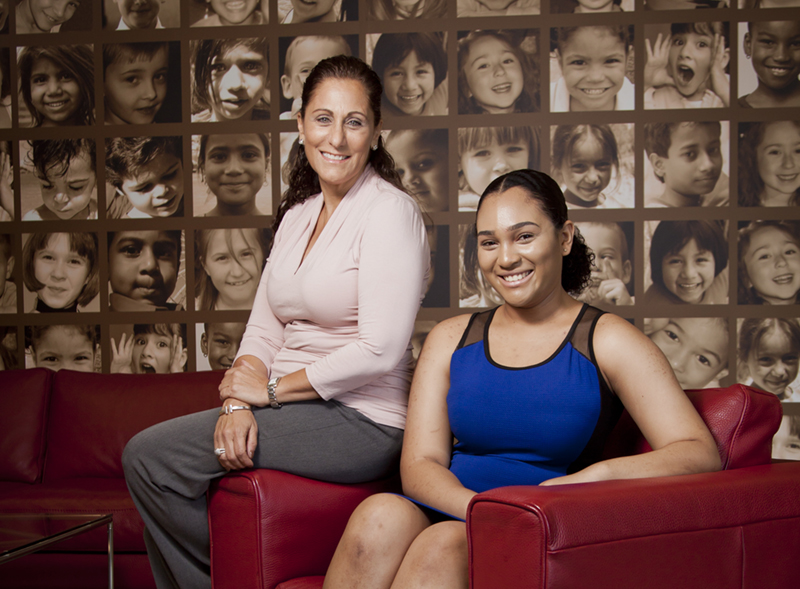 Like many fifth-graders, Zaidi Fearon wanted to be just like her parents, who run successful businesses in Jamaica. Her mother and father operate a mall and her father runs a zoo.

But Fearon didn’t have an idea what running a business would be like. That is, until she went to BizTown at Junior Achievement World Huizenga Center at Broward College as a fifth-grader at Heron Heights Elementary School.

BizTown is a simulated city where students take up jobs at storefronts, which are sponsored by local businesses. Since 2009, when the center opened at Broward College’s North Campus, 1130 Coconut Creek Blvd., every fifth-grader in Broward County Public Schools spends a day at one of the center’s two BizTowns after going through JA’s curriculum at school. The 16 lessons cover saving money, using a checkbook and debit cards, not spending more than they make and philanthropy. The experience teaches students JA’s pillars of workplace readiness, entrepreneurship and financial literacy.

Fearon is now a freshman business administration major at Nova Southeastern University, and though she doesn’t remember her job at BizTown, she does remember how it made her feel.

“I just remember actually being able to see myself in the future doing something similar to what I was doing [at BizTown],” Fearon says. “It was definitely an amazing experience, and I wouldn’t trade it for anything.”

Students continue to enjoy BizTown’s growth. In September, the BizTowns (called the Falcone Family JA BizTown and the Dave & Lorraine Thomas BizTown) welcomed new partners to brand some of the storefronts such as the city of Coconut Creek, Health Foundation of South Florida, Broward County Regional Health Planning Council, Lifestyle Media Group (which publishes this magazine) and Petri’s Positive Pest Control, joining others like the Miami Dolphins and Chick-Fil-A.

Jill Supovitz admits that she wasn’t thrilled about BizTown when she heard it would be one more thing to add to her to-do list as a fifth-grade teacher at Park Trails Elementary School. But today, she and other teachers are grateful to JA for BizTown and the opportunities they give students.

“It’s something they look forward to from kindergarten because they hear about it from the older kids,” Supovitz says. “One of my students said, ‘When my sister was in your class, she bought something at the [storefront] that I’m working at.’ She’s in ninth grade now, so the fact that she even remembered that and told her brother—it speaks volumes. … It’s a very big day for them.”

While children don’t always know where money comes from or what careers they want to pursue, Supovitz says going to BizTown is a starting point to reflect on their career goals.

And real-life possibilities are exactly what JA is about, says Junior Achievement of South Florida’s president and CEO, Laurie Sallarulo.

“We always say that we want our kids to reach their full potential,” Sallarulo says. “In order to do that, they need the skills, the tools. And so we need to make sure that they get those tools and this is one of the ways we do that.”

A student from Park Trails Elementary enjoying
her role at BizTown

Laurie Sallarulo at one of the JA center’s two BizTowns.

Another way is the Patten Family Foundation Finance Park, also located at the center with both BizTowns.

While similar to BizTown, it dives deeper into the economy and focuses on personal finance and career opportunities, Sallarulo says. All Broward County eighth-graders visit Finance Park for a day. They answer lifestyle questions—like how many vacations they want a year, what degree they want, etc. Then, their answers generate a profile: one student may be a married banker at SunTrust, another may be a cashier at Publix. Students learn about buying a car, loan interest, utility payments, 401(k) plans and more.

Seventy percent of the children who visit Finance Park are from low-income families, and the experience opens their eyes to a bigger world. Sallarulo recalls one student who recently visited said he didn’t know any homeowners, but it was his dream to buy a home.

“We can teach at our kids, but I know for me, even when I was a kid, I was like, ‘Why am I learning this? Why do I need to know this?’… You start to create the relevance of why I’m in school and learning these things,” Sallarulo says. “[You ask,] why am I learning about personal finance and running a business? Then you do it and you go, ‘Oh, I get this. I’m going to have a job like this someday. It’s real.’”

Another interactive way students learn is JA Fellows, a program for high school students to work with a mentor to build a business. They participate in a “Shark Tank”-style competition in hopes of qualifying for the national competition. This year, two groups from Broward County reached the Junior Achievement National Student Leadership Summit in Washington D.C., placing third and fourth.

JA Fellows also influenced Fearon’s career. When she moved back to her home in Jamaica after visiting BizTown, Fearon carried her experience with her until returning to the United States for her senior year at Plantation High School, where she heard of JA Fellows.

She decided she couldn’t pass up a JA opportunity. She and other students met after school and worked with a mentor to create One Bodhi Bead, a bracelet company whose proceeds supported populations in need. She served as the CEO, developing such skills as public speaking.

“I feel like it was almost fate, in a sense,” Fearon says of being able to experience both BizTown and JA Fellows. “It’s so amazing that every single time that I ended up going to school in the United States, I was able to be a part of this, and this turned out to be something that has had the biggest impact on my life, which is crazy because it’s like it was meant to happen.”

JA World Huizenga Center is one of 26 JA centers in the country that have agreements with local school systems for students to experience learning simulations. Besides this agreement, JA hosts summer camps at BizTown, and, this year, the organization launched Career Round, a career skills retreat that ends with an internship.

“It’s important for us as responsible people to give our students the best opportunities to have a great life and to be good citizens and to be successful,” Sallarulo says. “And success doesn’t always mean dollars—it means to be successful in their careers and productive.”

The community is following JA’s lead in investing in children’s consumer education. Corporate and private sponsors have donated to support the annual $4.8 million operating cost. JM Family Enterprises recently donated $1 million, which will go toward JA’s sustainability campaign to keep the center modern, showing how its success is a community effort.

“As a community, we have the responsibility to train young people to become responsible consumers and reliable employees,” Sallarulo says.

JA program alumni such as Fearon already are looking forward to giving back. In the future, she wants to encourage children, especially young women, to be open to exploring the business world.

For now, her experiences with JA give her confidence in the classroom. She credits JA with giving her not only the tools she needs to be reach her dreams but also the courage to go after them.

“I honestly have to say my business classes are my favorite,” Fearon says. “I sit in class and everything that’s being lectured to me, I’m [relating] to JA and what I did while I was there.” λ