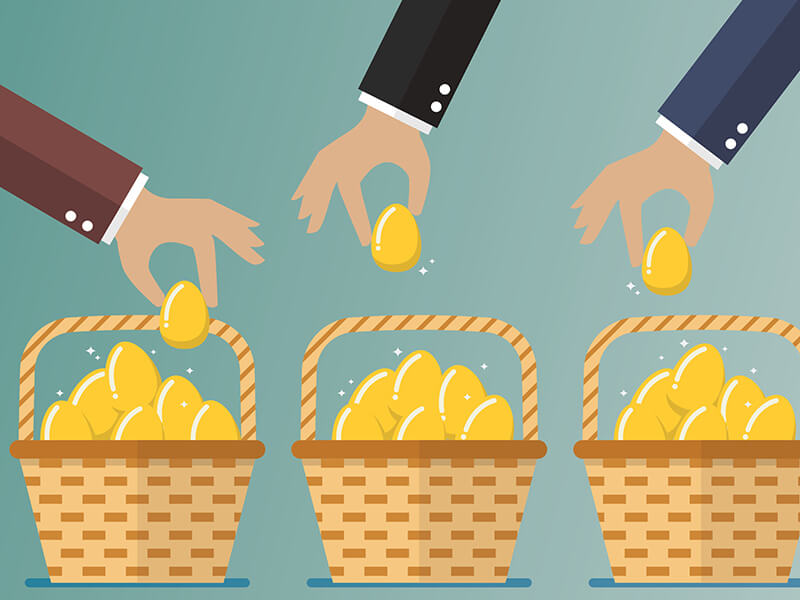 Alternative investments often have suffered in comparison to plain vanilla strategies, such as investing in the S&P 500 index amid a bull market for equities. However, the outlook for hedge funds, private equity and other alternative investments looks strong as the end of 2017 approaches.

The topic was highlighted at the Florida Alternative Investment Association’s meeting of the Americas, which was held Oct. 19 at the Akerman law firm’s office in Brickell City Centre. The meeting demonstrated how South Florida can be a crossroads for investing in Latin America and the Caribbean, just as it is for international trade. South Florida economic development officials have been urging hedge funds and other wealth companies to relocate to the region.

Sustainable investing and using new technology to pick investments were among the hot topics at the FLAIA event.

Leopold Peavy, head of investor products at Preqin, presented a chart that showed hedge funds had a 10.9 percent return over 12 months ending in June, compared with 15.46 percent for the S&P 500 index.

North American real estate continues to be popular with investors, although Peavy thinks some investors may be pulling back after strong returns in recent years. Closed-end private real estate funds raised $20 billion in the third quarter, and 65 percent of that was secured by North American-focused funds, Preqin’s data found. The biggest amount raised was $4 billion by Carlyle Real Estate Partners.

A panel gave insights into the perspective of family offices and other asset managers.

Demand for capital in the debt markets has increased so much that leverage is at an all-time high, he says. Covenants to protect capital have dropped.

One opportunity for PE firms and their investors are deals of less than $150 million because companies such as Goldman Sachs aren’t pursuing that space, he said. Underwriters can get 15 percent returns with low risk.

One attractive investment in private equity are rollups, often driven by owners who want to retire, he says. Demographics indicate that trend should run for another decade.

David W. McCombie III, founder and CEO of McCombie Group, a Miami company that works with families on investing, is finding businesses in the $2.5 million to $10 million range to be attractive opportunities for investors. They tend to have fewer banking relationships, but that also means they may not be used to having their financial scrutinized.

Michael Corcelli, founder and chairman of Alexander Alternative Capital, wants to buy 100 car dealerships over the next four years. The exit strategy is to sell to a major investor or issue an IPO.

Craig Edelstein, a venture capital investor and turnaround specialist with the Frost Group, says his company has a huge funnel on health care. “Our ability to assess it is world-class,” he says.

That’s not surprising given the company’s namesake is billionaire Phillip Frost, South Florida’s most successful serial entrepreneur in the health care and pharmaceutical space.

Lunchtime speaker George Lucaci, a partner and senior adviser at Mercury Capital Advisors, showed how his company provides online offerings, independent research, product tutorials, roadshow videos and institutional due diligence that can be accessed on mobile devices. Mercury’s offering menu has 19 verticals. It includes the usual alternative investments, such as private equity, real estate and hedge funds, but also offers more-focused fare, such as infrastructure, distressed, pre-IPO and special situations.

Mercury, which recently opened an office in Palm Beach, is a 2008 spinoff of Merrill Lynch and was ranked first in 2015 private equity placements at $160 billion by Thomson Reuters. It has 15 specialists handling originations and due diligence, which helps registered investment advisers in vetting investments. Lucaci says Mercury meets with more than 400 investment managers a year.

Lucaci demonstrated the portal for Mercury iFunds, which is designed to provide the type of opportunities for RIAs as it does for the big institutional investors, including better pricing. The system that makes it easier for RIAs to get vetted information on investments and choose investments with a few keystrokes.

Another panel looked at impact investing—investments in companies, organizations and funds that generate both financial returns and social and environmental impact.

“The core to our strategy is this is sort of a disruption fund. We see sustainability as the driver of disruption,” he says. For example, investments can involve companies that are updating the electrical grid, making HVAC more efficient or making a factory floor more efficient.

Drew Saito, senior vice president for First Green Bank, says his bank puts an emphasis on environmental sustainability, which has led to lending for solar. Its shareholders also believe not in just bottom-line profit but paying a fair wage.

First Green is one of the fastest-growing banks in Florida and still just as profitable as other banks despite its sustainability mission, Saito says.

Tara Kenney, senior VP of Boston Common Asset Management and a board member of Accion, says the sustainability movement began about 20 years ago with about 50 funds. Religious groups, for example, didn’t want to have investments that conflicted with their values.

Accion started as a fund to help entrepreneurs in Latin American and later came to the United States. It’s now looking for investors in South Florida.

One investment example Kenney gave was Sociedad Quimica y Minera de Chile (NYSE: SQM). The Chilean company mines lithium, which is an essential part of batteries for electric cars. Its shares recently had doubled this year to $58.62. Unlike Tesla (Nasdaq: TSLA), it is profitable and pays a 3 percent dividend.♦