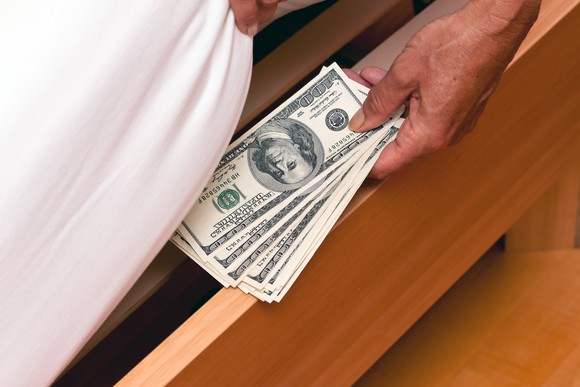 America Has a Worrisome Cash Problem, but It’s Probably Not What You Think

This is a bad decision, and it could cost the American public a lot of money.

If I told you America has a cash problem, you probably wouldn’t even think twice about it, because it’s a well-accepted fact that Americans are poor savers relative with other developed countries. But here’s the kicker: A lack of cash isn’t the issue.

According to three recently released reports, the bigger concern might be that Americans are holding more cash than ever.

A survey conducted by Bank of America Merrill Lynch in July found that cash levels were at 5.8% of portfolios, representing the highest reading since November 2001. Furthermore, Wealth-X’s Billionaire Census observed that the world’s 2,473 billionaires are keeping 22.2% of their total net worth in cash. This works out to more than $1.7 trillion being held in cash by billionaires, representing the highest amount ever recorded since the survey began in 2010. Lastly, UBS noted in a survey of its own that wealthy Americans are keeping approximately 20% of their portfolios in cash, which UBS points out is in line with the post-2008 average.

Why Americans are hoarding cash

Why are we witnessing such a rush to stuff money under the mattress? It probably boils down to three factors.

First, global yields in developed markets are more or less anemic. As an example, U.S. Treasury bonds, which are among the safest assets you can buy in the world, are yielding just 1.14% on the five-year, 1.55% on the 10-year, and 2.27% on the 30-year. Although these rates do result in nominal investment gains, chances are that they won’t outpace the rate of inflation over the long run. Long story short, buying fixed-income assets for the time being often means losing real money. With few perceived “safe” places to park money, Americans appear to be parking it on the sidelines as cash instead. 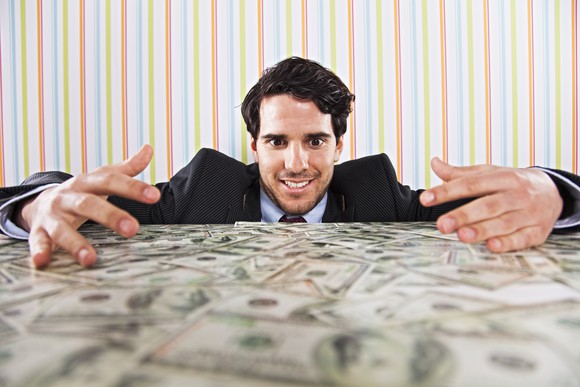 Secondly, we have global growth uncertainties. In the U.S., GDP growth has been subpar, which some analysts have attributed to election-year jitters. However, we’ve also witnessed GDP growth steadily slowing in China, and growth estimates have fallen in Britain following its vote to leave the European Union, affably known as “Brexit.” Uncertainty usually begets an exodus to cash, and that’s precisely what we might be witnessing.

Lastly, the stock market has pushed to new heights, with all three major U.S. indexes hitting all-time record highs on Monday. With GDP growth still below the Federal Reserve’s desired level in the U.S., investors might be taking this recent rally as a gift to exit their positions and prepare for a possible stock market correction. It’s worth pointing out that we’ve had a recession about every six years since 1929, and we haven’t officially had one since the first quarter of 2009. Historical averages would suggest we’re about due.

Unfortunately, Americans’ exodus from investments and into cash could turn out to be a really poor idea.

To be clear, having some cash on hand is always a smart move. You need capital to cover your monthly expenses, and should have access to cash equal to at least six months’ worth of expenses to cover an emergency should one arise. It’s never a bad idea to have a little cash handy for investment purposes, too.

However, parking an excessive amount of cash on the sidelines could cripple your chances of growing your money, or even staying par with inflation.

To begin with, cash under the mattress isn’t earning you anything. It’s true that there’s essentially no safer thing to do with your money than park it under your mattress. But while your money sits idle in a checking account earning 0.01%, or under your mattress, inflation is increasing at 1.5% or more per year. This means your purchasing power is dwindling whether you realize it or not, and the cash you’re holding isn’t going to be worth as much next year or the year after that. 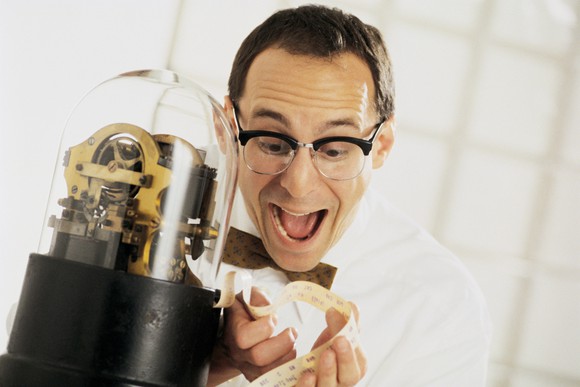 The other problem is that you could be cheating yourself out of long-term stock market gains by parking your cash on the sidelines.

There are no two ways about it: Rhe stock market does face a correction from time to time. Since 1950, the S&P 500 (SNPINDEX:^GSPC) has undergone 35 corrections of at least 10%, rounded to the nearest whole number. However, in every single instance since 1950, each stock market correction was erased by a rally within a matter of weeks, months, or in rarer cases years. If you parked your money on the sidelines in an attempt to time to the short-term action of the stock market, there’s a very good chance you missed out on an opportunity to make money — and the data proves it.

According to J.P. Morgan Asset Management, using data from Lipper, an investor in the S&P 500 that remained fully invested for 20 years between Jan. 3, 1995, and Dec. 31, 2014, would have a cumulative return of 555%, or 9.9% per year. Mind you, this investor would have netted these returns despite the S&P 500 plunging by at least 50% on two separate occasions (the dot-com bubble and the Great Recession) during this 20-year period. By comparison, if an investor wound up missing out on just the 40 best trading days over this 5,000-day period, his or her returns would have been a cumulative negative 9%.

I know what you might be thinking: “If I miss the good days, I’d also miss the bad days, too, right? In theory, yes, but six of the 10 best days the S&P 500 had during this 20-year period came within two weeks of its 10 worst days during this timeframe. Running for the sidelines would have caused you to miss out on these gains.

America has a cash problem, and if people don’t put that cash to work in smart ways soon, we could have an exacerbated retirement problem, too.

The $15,834 Social Security bonus you could be missing

If you’re like most Americans, you’re a few years (or more) behind on your retirement savings. But a handful of little-known “Social Security secrets” could help ensure a boost in your retirement income. For example: one easy trick could pay you as much as $15,834 more… each year! Once you learn how to maximize your Social Security benefits, we think you could retire confidently with the peace of mind we’re all after. Simply click here to discover how to learn more about these strategies.

Sean Williams owns shares of Bank of America, but has no material interest in any other companies mentioned in this article. You can follow him on CAPS under the screen name TMFUltraLong, and check him out on Twitter, where he goes by the handle @TMFUltraLong.

The Motley Fool recommends Bank of America. Try any of our Foolish newsletter services free for 30 days. We Fools may not all hold the same opinions, but we all believe that considering a diverse range of insights makes us better investors. The Motley Fool has a disclosure policy.