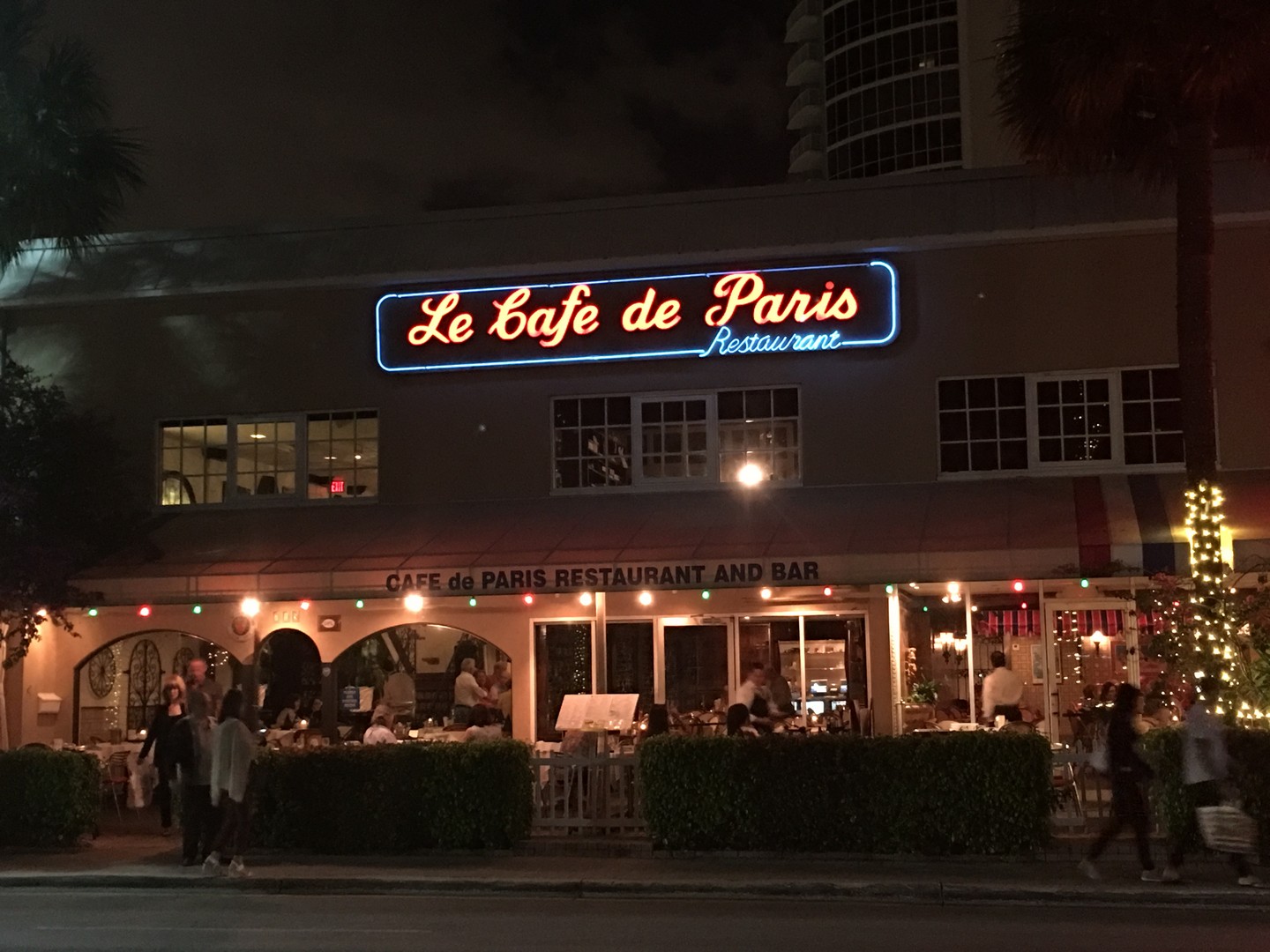 Another piece of business history disappears

About 10 years ago Louis Flematti gave me a tour of the French Quarter, his restaurant just north of Las Olas Boulevard, and talked about how he had sold his 10 lots on the restaurant’s block to a developer.

What eventually emerged was the 30-story Amaray Las Olas, which has a coffee bar, yoga studio, swimming pool, billiard lounge, dog spa and dog park for residents. From a bottom line viewpoint, it’s a better and higher use of the property. Still, it seemed like another bit of Fort Lauderdale’s business history was lost. When I moved to the city in 1984, the French Quarter was the downtown hot spot for not only power lunches, but enjoying music upstairs in the evening.

In 2006, there was the consolation of Flematti’s Café de Paris still being open on Las Olas, but now that’s closing on May 15. Maybe there is time for one more Steak Diane dinner. In an era of ever changing, what’s hot now restaurant concepts, the 50-year-old Café de Paris has been a rock in offering classic French cuisine.

While Flematti in 2006 told me about challenges from the cost of insurance and finding good help, this time around he told the Sun Sentinel that he sold the property to the Las Olas Co. during the recession with the agreement that he would run it a few more years. He nows plans to travel with his wife.

In a rapidly redeveloping downtown like Fort Lauderdale, I can’t think of another fine dining restaurant that has lasted this long. During a grand opening for Capitol Lighting’s store on Sunrise Boulevard Tuesday night, a long-time Realtor told me he thought the restaurant scene in the city had actually gone down hill from the 1970s and 1980s.

Fort Lauderdale is by no means the only South Florida city facing changes. The end of Tobacco Road was a major loss of the Miami’s history, although Norwegian Cruise Line deserves credit for keeping some of its history alive on the Norwegian Escape.

There may be limits, though, even if there’s a better higher use of property. I can’t imagine what the reaction would be if it was announced Joe’s Stone Crab was being torn down for another condo. The Mai-Kai in Fort Lauderdale is on the National Register of Historic Places.

If you are feeling nostalgic, here are a couple of stories from the Sun Sentinel and Eater about historic restaurants in the region – many of them still open.