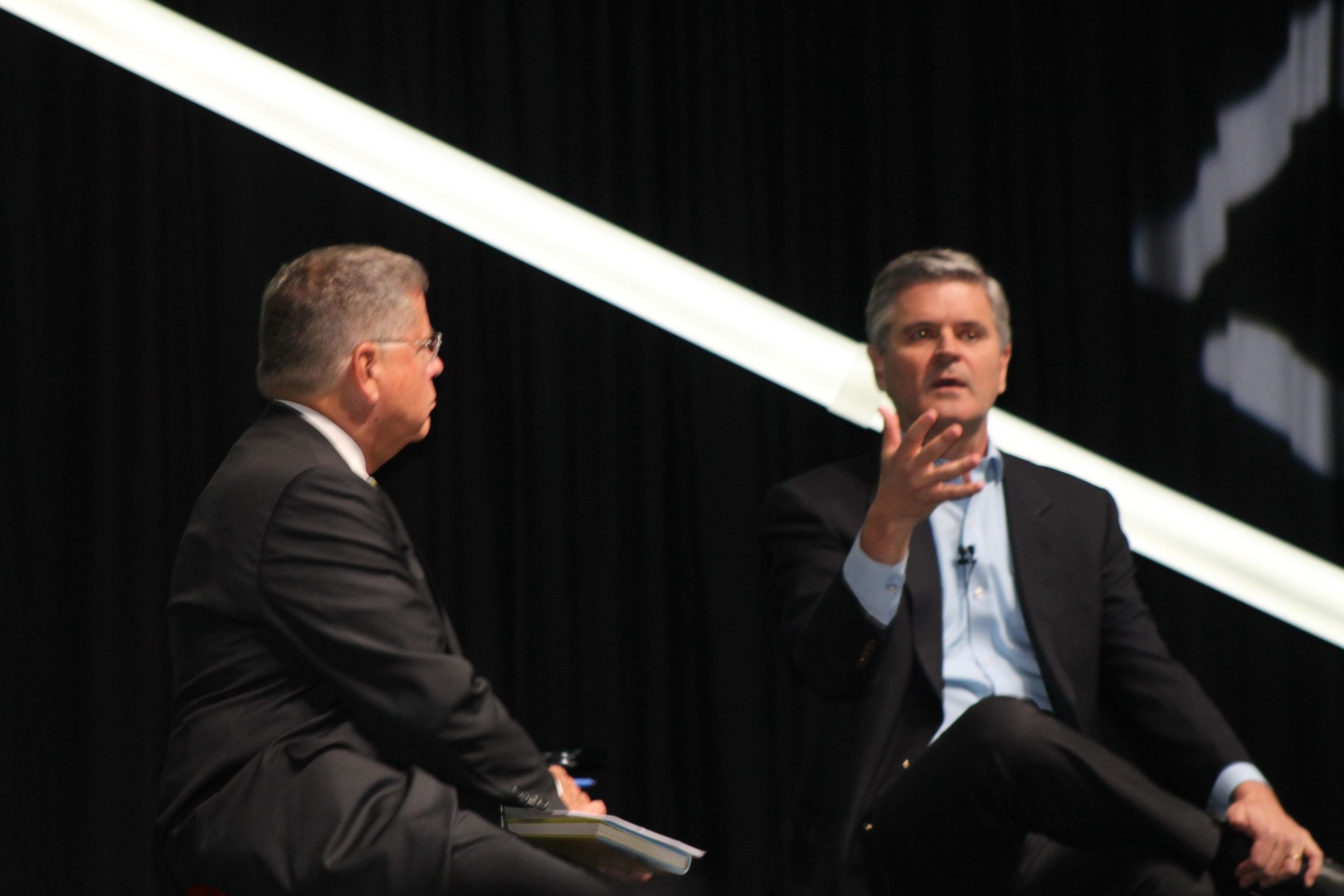 AOL founder Steve Case: What it takes to succeed now

Entrepreneurs will need perseverance to prosper in the third wave of the Internet, AOL founder Steve Case said during a keynote talk at eMerge Americas 2016 on Monday.

Don’t expect to wake up having just invented the next Snapchat type of application, Case said at eMerge, which started the first of two days of speeches, talks and presentations by entrepreneurs at the Miami Beach Convention Center. Case’s talk was moderated by Alberto Ibargüen, chairman of the Knight Foundation.

The third wave will be similar to the first wave era that introduced people to going online, said Case. As an example of the slog, Case said when AOL started only three percent of the population was online and only averaged an hour a week.

The third wave will integrate the Internet in more seamless ways throughout our lives, Case said. Health care, education and the food industry are examples “where the internet meets everyday life.”

Achieving success in the third wave will necessitate business partnerships and more agile government that balance the need for innovation with safety regulations, Case said. For example, there will be new rules for health care, food safety, drones and self-driving cars that will impact what entrepreneurs can do.

“The government, however frustrating it may be at times, will have a seat at the table,” Case said. Instead of grumbling, entrepreneurs and businesses need to engage the government.

In education, Case sees a move to provide more information to teachers so they can meet the needs of individual students.

Fitbit, which involves an app and wrist device that counts steps, is an example of innovation in the wellness field, Case said.

There’s a lot of investment in managing chronic illnesses, such as diabetes. The “cancer moonshot,” being led by Vice President Joe Biden, is an example of investment in life-threatening diseases.

Plantation-based Magic Leap, which raised $1.3 billion for its augmented reality system, is an example of how South Florida and other areas will start to grab more venture capital, he said.

Entrepreneurs used to have to be on Wall Street to be in financial services or in Hollywood to do movies, he said. “You don’t have to do that anymore.”

Regions have to figure out where they have a competitive advantage and attract talent. While leaders in some areas of the country are skeptical about such transformations, Case pointed out that Silicon Valley was an area of orchards 75 years ago and Detroit was seen as the hottest place for technology.

Dell in Austin and AOL in Virginia are examples of companies that helped fuel an entrepreneurial ecosystem, Case said. eMerge is an example of entrepreneurial forces at work in Miami.

Case, who is chairman and CEO of Revolution LLC, the Washington, D.C-based investment firm he co-founded in 2005, was asked what he looks to invest in.

He starts with the question, “Could it make the world a better place?”

Case wants ideas that solve important problems and create opportunity. He would like to see evidence that the business concept is working, such as starting to attract customers.

Case quoted a Thomas Edison saying to explain why: “Vision without execution is hallucination.”