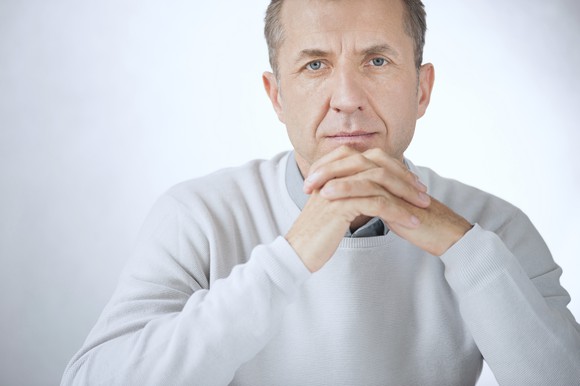 Financially speaking, baby boomers may be in quite a bit of trouble.

No one ever said the road to retirement is an easy path traveled, but it’s looking to be a particularly bumpy and pothole-filled road for baby boomers.

The baby boomer generation began retiring earlier this decade, and the expectation is that roughly 10,000 boomers will exit the workforce each day between now and the end of next decade. But for many baby boomers the reality of being able to retire comfortably, and on their own terms, may not be possible. The following five statistics perfectly sum up the woes that many boomers are facing as they approach or enter retirement.

Arguably one of the biggest challenges baby boomers face is their heavy reliance on Social Security. Based on statistics from the Insured Retirement Institute’s latest report on baby boomers, some 59% of boomers expect Social Security to be a major source of their income during retirement. That’s up from just 43% when surveyed in 2014.

This is particularly worrisome because the Social Security’s Old-Age, Survivors and Disability Insurance Trust isn’t on solid long-term footing. The Board of Trustees is predicting that the OASDI will burn through its remaining cash reserves by 2034 — namely on account of so many boomers retiring and shifting the worker-to-beneficiary ratio from 2.8-to-1 in 2015 to 2.1-to-1 by 2035. While any number of tax increases or benefit cuts could extend benefit payments to eligible seniors via Social Security, a cut of up to 21% could be necessary to sustain the program for generations to come. That’s a scary proposition for nearly 6-in-10 boomers!

This lack of retirement savings certainly explains why boomers are likely to be more reliant on Social Security income during retirement. However, it’s downright terrifying since it means that nearly half of all boomers have no Plan B when it comes to covering their monthly expenses. All the while, healthcare costs continue to grow at a much faster rate than wages. Not a good combination.

Forgot mimosas on the beach, because the alarm clock is going off and you need to get to work. The IRI report also notes that over the past year some 3-in-10 baby boomers postponed their plans to retire. Age 62 has long been viewed as “retirement” age, but nearly 6-in-10 boomers now expect to retire at age 65 or later, including 26% of boomers that anticipate retirement at age 70 or later. In 2011, just 17% of boomers expected to retire by age 70 or later.

With little to no savings in their coffers, boomers have had little choice but to work longer in order to use their working wages to meet their basic monthly expenses.

Part of the blame can likely be attributed to the U.S. stock market which didn’t deliver eye-popping gains in 2015. However, boomers are still scarred by the Great Recession. Quite a many boomers ran for the exit when the stock market began to tank and simply missed out on the ensuing rebound. This is yet another reason why so many boomers are entering retirement with an inadequate nest egg.

Based on a recent Urban Institute data project, more baby boomers than ever are hanging up their work gloves while still toting around sizable levels of debt. The study notes that the percentage of adults aged 65 and up with debt rose from 30% in 1998 to 44% by 2012. Furthermore, nearly a quarter of all retirees enter retirement with mortgage debt. The study pinpointed $24,500 as the median amount older adults owed in debt in 2012.

Debt can be particularly dangerous for boomers during retirement because it could coerce them to boost their income as soon as they’re eligible for Social Security (age 62). While the added income boost from Social Security could help boomers reduce their debt, it’ll also lock them into a lifetime of reduced benefits. For boomers retiring at age 62 today, this could mean being paid just 75% of their full retirement benefit each month.

And as a bonus statistic to tie these aforementioned five frightening data points together, seniors are living longer than ever. The average 60-year-old will live another 21 years, meaning baby boomers have to contend with making their money, or lack thereof, stretch even further.

Suffice it to say, options for baby boomers to improve their retirement outlook could be limited since they’ve lost a lot of time having either not saved or invested wisely. But all hope isn’t lost.

Although it’s depressing that nearly a third of boomers are postponing their retirement plans, it could turn out to be a very smart move. Working longer allows boomers to use their wages to cover their monthly expenses, which allows their Social Security benefits to remain unclaimed. Each year that Social Security benefits go untouched beginning at age 62 and ending at age 70, they increase by approximately 8%. For people born between 1943 and 1954 this could mean a monthly benefit of as much as 132% of their full retirement benefit if they wait until age 70. I’ll reiterate that relying solely on Social Security isn’t advisable, but if you have no Plan B then waiting as long as possible to sign up is often your best bet. 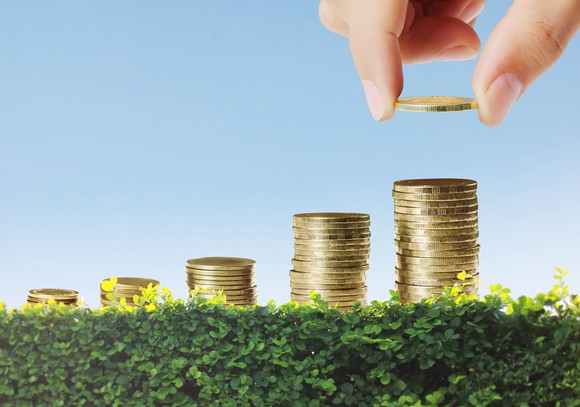 Boomers also have to get over their distrust of the stock market. This doesn’t mean they need to have all of their money invested in stocks, or even that they need to own individual stocks (ETFs and mutual funds are solid options to increase diversification with minimal effort). However, the stock market has historically returned around 7% over the long-term, which works out to a doubling of the major indexes about every decade. Understandably the stock market never seems to be “average,” but with two decades-plus of investing time lying ahead for the average baby boomer, there’s plenty of time to turn a relatively small amount of money into something sizable.

Finally, it’s time for boomers of all ages to consider tightening their belts and learn to live within their means. Budgeting for retirement is a multi-faceted process that involves formulating a budget during your working years; having a transition plan for the years/months immediately prior to your retirement to allow for a smooth segue into a lower-income environment; and finally having a withdrawal plan in place once you do hit retirement that’ll ensure your money will last throughout your lifetime while allowing you to minimize how much of your retirement income you’ll hand back in federal and state taxes. The good news is budgeting can be done on a point-and-click basis these days thanks to software, but it may not hurt to consult an advisor to discuss ways to make your pre- and post-retirement budget even more efficient.

Perhaps the only thing scarier than these baby boomer retirement statistics is the prospect of doing nothing. Be proactive and take action now to make your retirement that much sweeter.