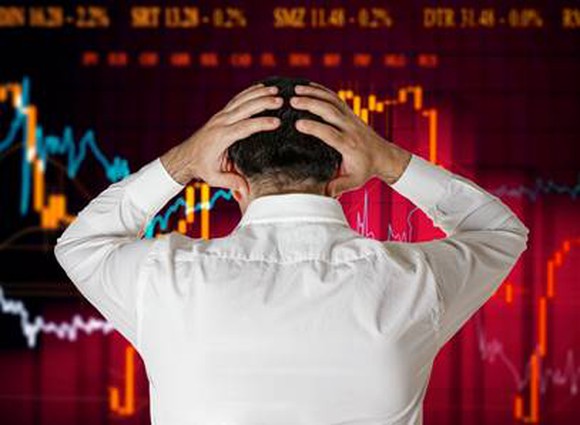 Best Stocks to Buy in a Crash

Brexit is causing some investors to sell. But for those investors with a long-term horizon, it may prove more savvy to buy shares in these industry leaders instead.

As investors digest the short-term impact of the U.K.’s decision to exit the European Union, or “Brexit,” it can be helpful to keep a long-term perspective. After all, it’s been shown time and time again that long-term thinking outperforms short-term trading. With that in mind, here are three stocks that investors might want to put on their list of stock bargains to buy in a tumbling market.

After decades of dominating the market for PC and network software, Microsoft Corp. (NASDAQ:MSFT) is reinventing itself to be a top-tier cloud-software provider.

The company’s new platform-agnostic approach to productivity software is already generating $10 billion in annualized revenue, and that puts it nicely on track to reach CEO Satya Nadella’s target of $20 billion in cloud revenue by 2020.

If Microsoft delivers on that forecast, there should be plenty of financial fuel for dividends, stock buybacks, and mergers and acquisitions. That’s especially true since Microsoft remains a Goliath in operating systems (Windows 10), a leader in gaming (Xbox), and a big player in online search (Bing). In addition to those revenue drivers, the company could also benefit from its proposed $26 billion all-cash deal to buy Linkedin (NYSE:LNKD).

Microsoft’s chances for future growth, a $100 billion cash stockpile (prior to its Linkedin acquisition), and a history of boosting dividends steadily since 2003 — something that isn’t likely to change post-Brexit — add up to plenty of reasons to own shares in this company for the long haul.

Potential Brexit-inspired hiccups in the EU could crimp oil demand and pressure oil producers, but when demand stabilizes and starts growing again, it’s hard to believe ExxonMobil Corp. (NYSE:XOM) won’t be among the biggest beneficiaries.

One reason I like ExxonMobil is its diversity. The company operates businesses stretching from oil and gas production to chemicals, and as a result, the company managed to generate $16.2 billion in earnings last year and $1.8 billion in earnings in the first quarter of 2016, despite less than favorable energy markets.

But I like ExxonMobil even more because its size and financial stability put it in a unique position during tough times to take advantage of less diversified and smaller peers. Energy markets are incredibly capital-intensive, and low prices often lead to smaller producers running short on cash. If that happens, ExxonMobil may find itself in the enviable position of picking up top-shelf investments on the cheap. In the past, the ability to invest when others were forced to liquidate paid off with substantial long-term revenue and profit growth, and I see no reason why that can’t happen again post-Brexit.

Shareholders might have to wait a while for ExxonMobil to capitalize on various emerging opportunities, but they’ll be rewarded for their patience. The company has bumped up its dividend by an average 6.4% over the past 33 years.

During times of uncertainty, investors often seek out the relative safety of drugmakers. But uncertainty isn’t the reason why I think investors ought to consider adding Pfizer Inc. (NYSE:PFE) to portfolios.

In the wake of losing patent protection on its cholesterol-lowering drug Lipitor in 2011, Pfizer has spent the past few years rightsizing itself. Now that the company’s top and bottom lines are growing again, those rightsizing moves are about to pay off.

Pfizer recently reported its sixth consecutive quarter of operational growth, after which management bumped up its full-year sales guidance by $2 billion. The company now believes it can generate $51 billion in fiscal 2016 sales, and if all goes to plan, management thinks earnings per share can improve to $2.38. For comparison, in 2015, sales totaled $49 billion and Pfizer earned $2.20 per share.

The company’s growth can be attributed to its $17 billion acquisition last year of biosimilars leader Hospira, and rising demand for top-selling drugs such as Ibrance and Eliquis. Sales of Ibrance, a breast-cancer drug, reached $429 million in Q1, up from $38 million a year ago; sales from alliances, which include Eliquis results, hit $354 million in Q1, up 77% year over year.

Since spending on drugs in countries with national healthcare is largely insulated against economic volatility, and management has shown it can grow sales internally (via research and development) and externally (via mergers and acquisitions), it may make a lot of sense to use any Brexit weakness to buy Pfizer and then stash those shares away for years to come.