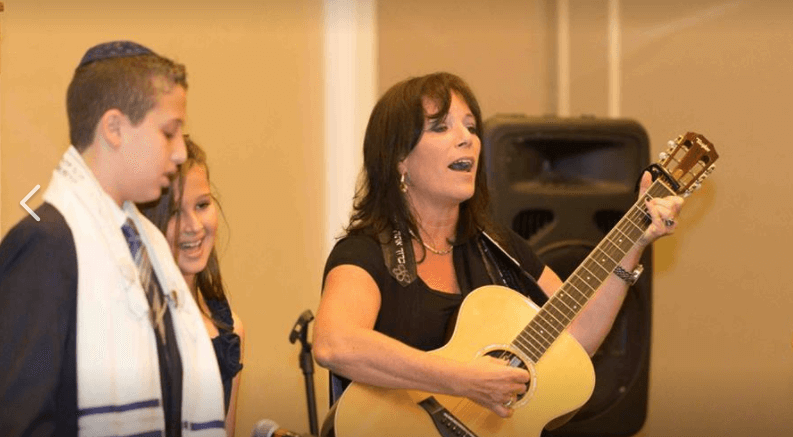 Debbi Ballard, an independent cantor, says she couldn’t just sit around watching the news after the shooting at Marjory Stoneman Douglas High School, so she did something about it.

Ballard, whose website is mypersonalcantor.com, volunteered to help console families who gathered in a ballroom at the Marriott Coral Springs Hotel, Golf Club & Convention Center. The families were in limbo, not knowing if their loved ones had survived the shooting.

She estimates there were 15 to 20 families in the room, although it was difficult to tell just how many there were. The room was also filled with clergy, FBI agents, sheriff’s deputies and the Red Cross. Family members were asked to send photos of their loved ones and their contact information to a special email address set up by the FBI.

Law enforcement agencies faced a challenge identifying victims because many of them were not carrying IDs. Some of them were freshmen who may not have had driver licenses, and female victims may have left purses in their lockers.

Ballard tried to comfort people and keep them occupied while they were waiting for any news. She said two families she was with were fortunate that their loved ones were safe, but one of her colleagues had two families with victims.

The experience was like being in hell, she said on a phone call on Thursday. Between 7:30 p.m. and midnight on Wednesday, there were no signs that family members had received news.

“You just knew this calm was the calm of hell,” she said. “It was between hope and tragedy and people didn’t know which end of the spectrum you were on.”

Ballard said she didn’t want to make a political statement, but “I’m tired of the status quo. I’m tired of leaving everything in the hands of politicians… We have to come together as a community and start doing something. That’s something that I want to encourage people to do… It starts with how we vote.”