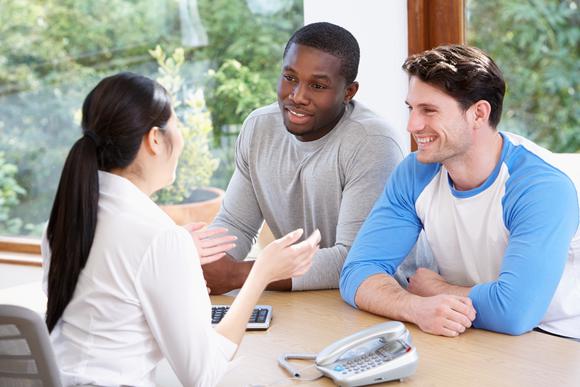 Hedge fund managers are expected to be better investors than the average Joe, but this isn’t always the case.

When it comes to investing in the stock market, there are the professionals and then there’s everyone else — at least the way Wall Street views it.

According to sortable data from GuruFocus, those are just over 100 investment moguls and hedge fund managers currently in control of portfolios with $1 billion or more in assets under management. Investors freely give their money to these money managers with the expectation that their investing and trading expertise, as well as their perceived ability to find hidden values that us average Joe’s don’t see, should result in superior results that make high management expense fees worthwhile.

Three hedge fund managers failing to get the job done
Unfortunately, there are no givens in the stock market, and some investors have learned the hard way that placing their trust in a well-known hedge fund manager doesn’t guarantee market outperformance. Below are three fund managers whose investors are getting walloped by the S&P 500 (SNPINDEX:^GSPC) over the long run.

Ken Fisher
Ken Fisher is the CEO and CIO of Fisher Investments, which oversees more than $50 billion in assets. He’s a renowned author and a noted contrarian who has called numerous market reversals, and he firmly believes in his “Fisher strategy” of identifying information that isn’t widely known or understood and using that to his firms’ advantage.

How has that worked out for investors? Truthfully, not so good. Comparing Fisher Investments’ returns to that of the S&P 500, Fisher is losing to the S&P 500 by 21% over a three-year period, 52% over a five-year period, 54% over a 10-year period, and 17% over a cumulative 15-year period. In other words, Fisher does indeed make some Nostradamus-like calls from time to time, but his contrary nature appears to be hurting, rather than helping his investors over the long run.

David Einhorn
Greenlight Capital’s David Einhorn is a name many investors are familiar with, as he’s a noted activist investor and a die-hard value investor who’s perhaps best known for calling Herbalife a pyramid scheme. As of the end of 2015, Einhorn oversaw $8.6 billion in assets under management.

Investors, however, have seen little to cheer about despite Einhorn’s value-oriented and activist investment strategy. Compared to the S&P 500, Einhorn’s Greenlight Capital has underperformed by 49% over the past three years, 67% over the past five-year period, and 21% over a 10-year period. Controversial short sales of Keurig Green Mountain and Herbalife, as well as a long position in solar sob story SunEdison, are largely to blame for Greenlight’s recent underperformance.

Daniel Loeb
Finally, Dan Loeb, founder of Third Point, which has around $17 billion in assets under management, has made a name for himself by being an activist investor and seeking out catalysts that he and his team believe could unlock shareholder value. It’s not uncommon for Loeb to send letters to company boards of directors to let them know how they’ve underperformed and how things can be corrected. Unfortunately for Third Point investors, it’s Loeb who could use a letter these days.

According to performance statistics on GuruFocus, Loeb’s fund has underperformed the S&P 500 by 22% in both a cumulative three- and five-year period. Stakeholders would need to have been invested in Third Point back in 2009 to claim any outperformance today.

Three important lessons for investors
The underperformance of these three smart money-managers over extended timeframes can actually serve to teach investors a few important life lessons.

First, as investors, we’re going to be wrong from time to time. Motley Fool co-founder David Gardner has often said that some of the best stock-pickers in the world will only be right about six out of 10 times. The key to running a successful investment portfolio is allowing your winners to keep running while identifying business models that no longer fit with your investment thesis and removing them from your portfolio. If you pick out even a handful of multibaggers over your lifetime, you could actually be wrong way more than you’re right overall and still end up a wildly successful investor in terms of total wealth creation.

Secondly, as we’ve seen from Ken Fisher’s and David Einhorn’s struggles, being a contrarian investor isn’t always the best move over the long term. In fact, over time, stock market indexes have a tendency to increase in value. Since 1950, all 35 stock market corrections have been completely erased within weeks, months, or years by a bear market rally or bull market reversal. Again, there are no guarantees when it comes to investing, but 35-for-35 is about as close to a guarantee as you’re going to get. Long story short, betting on businesses increasing in value over the long-term appears to be a smart move.

Finally, the recent struggles of these hedge fund managers demonstrates why it’s so important that you educate yourself and take an active role in your wealth creation. This doesn’t mean you have to devote six hours a day to stock research if that doesn’t excite you. However, you should understand the basic concepts of investing and be able to diversify your nest egg beyond simply giving your money to a hedge fund manager and hoping they can do the work for you. Don’t know where to start? The Motley Fool’s 13 Steps to Investing Foolishly could be the answer.