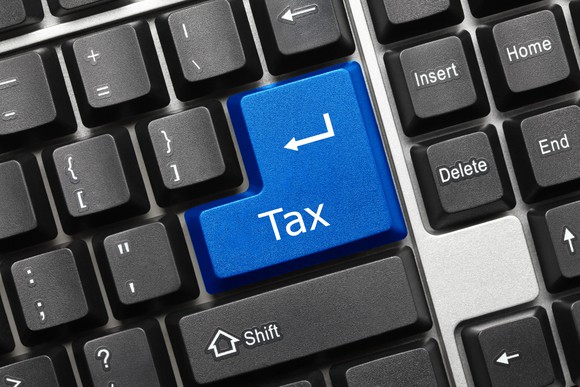 A brazen alternative to the Trump tax plan would address many concerns from both Republicans and Democrats.

Tax reform has been a major component of the Trump administration’s domestic policy agenda, and after numerous distractions, the White House and lawmakers on Capitol Hill are starting to talk more seriously about the Trump tax plan and potential ways to achieve the goal of bolstering economic growth. Yet one fundamental obstacle to tax reform remains the difference in priorities between the two major political parties.

With that in mind, those who demand action from the government are looking for constructive ways to combine policy agendas from Republicans and Democrats. One particularly revolutionary plan combines a wide variety of elements from tax policy leaders and lawmakers from both parties into a single proposal. Even though it includes several controversial components, analysisfrom the Tax Foundation suggests that the plan might stand a better chance than other proposals of cutting the tax burden on middle-income earners while also reducing corporate tax rates and keeping overall revenue levels close to unchanged.

A wild mix of tax proposals

The plan as described by the Tax Foundation comes from several sources. Columbia Law School Professor Michael Graetz is one of the foremost experts on tax law, and the plan borrows elements of the Graetz Tax Plan. At the same time, Democratic Sen. Ben Cardin (D-Md.) and Republican Rep. Jim Renacci (R-Ohio) have also put forward their own proposals from which the plan draws certain ideas.

Among the key components of the plan are:

It’s that last plank of the plan that is the most controversial. Many people see value-added taxes as the worst possible outcome, borrowing a framework that is extremely popular in Europe and yet runs counter to the spirit of consumption in the U.S. economy. However, the tax encourages exports by leaving them free of the tax, even as imports would be subject to the value-added charge.

The plan would add 3.2% to long-run gross domestic product, according to the analysis, while being roughly revenue-neutral. Most importantly, it would make the tax system more progressive, benefiting the bottom 20% of taxpayers the most and reducing the tax burden on the bottom 90% of taxpayers by between 0.2% and 1.5%. Meanwhile, the top 1% of taxpayers would pay more in taxes under the plan.

Could this crazy plan fly?

As with most tax proposals, there’s plenty of room for opposition from both sides of the aisle. Neither side gets everything that they want under the proposal. Republicans have to deal with a fairly high 38% tax rate on upper-income taxpayers, and the higher taxation on investment income is a non-starter among many. Meanwhile, Democrats worry about the regressive potential of a value-added tax, even if incentives elsewhere in the tax structure would more than offset those negative impacts. If lawmakers focus solely on each individual line item used in the plan, then they’ll never be able to muster the support necessary to pass it.

Looking at the overall nature of the deal offers a different perspective. Any compromise proposal will invariably include provisions that are unfavorable from one point of view, but if the benefits outweigh those problem areas, then they’re a good incentive to strive toward meaningful reform. Meanwhile, the one thing on which lawmakers can unquestionably agree is that forward action of some sort is necessary in order to restore the confidence of the American public in the way that its federal government can get work done.

It’s unlikely that the White House will include provisions from this tax plan in its own proposal. Lawmakers, though, could seek to avoid further drawn-out proceedings by finding a middle ground. In the grand scheme of Washington, D.C. politics, a plan including major tax cuts funded by a value-added tax could be a reasonable compromise for those willing to make concessions in order to win key tax policy victories.