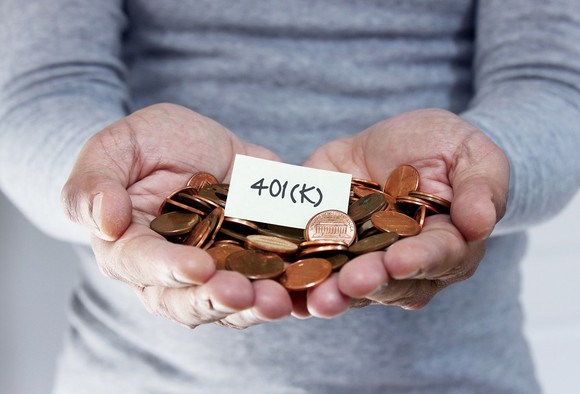 Could Your 401K Get Hit With a Trump Tax?

When Donald Trump campaigned for president, a staple of his platform was corporate tax reform. Since then, he’s doubled down, suggesting that corporate taxes could be simplified and the rate reduced from the statutory 35% rate to as low as 15%. What he didn’t say is that lower corporate taxes could be paid for with higher taxes through changes to 401(k)s.In truth, the American corporate tax rate of 35% is one of the highest in the world. It is the reason so many American companies strive to generate a profit overseas, rather than in domestic operating units. Once earned, the cash tends to stay overseas, as cash-rich and highly profitable companies like Apple find it preferable to simply borrow money at low rates domestically than to pay taxes on cash to bring it back to American shores.But many companies simply lack the capacity to avoid American corporate taxes by shifting profits overseas. Smaller, purely American companies, like those in small cap indexes, tend not to have far-flung global operations, and thus pay full freight on their purely American profits.

It should be no surprise, then, that small cap companies rallied after Trump’s election, as investors believed these companies would see the largest immediate lift to earnings if U.S. corporate taxes were reduced. The Russell 2000 Index of small-cap stocks rallied higher and faster than the S&P 500 index of large cap stocks after Trump’s presidential win. 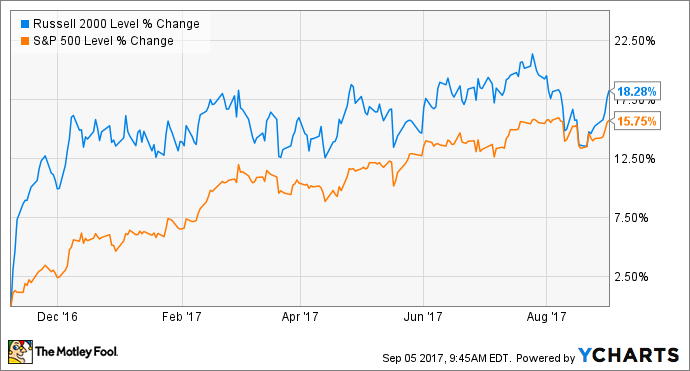 Funding tax breaks with changes to your 401K

Lower corporate taxes could be a very good thing, but the question is how it should be paid for. According to Politico, one idea tossed around among congressional leaders, is changing the way 401Ks work so that all contributions are made with after-tax dollars. This would result in a system where traditional 401Ks effectively operate as Roth IRAs.

Under the current system, most savers make contributions to a 401K plan with pre-tax dollars, and upon retirement, withdrawals from 401Ks are taxed as ordinary income.

Savers, particularly those in higher tax brackets during their working years, prefer to make pre-tax contributions with the hope of withdrawing their savings at a lower tax bracket in retirement. For obvious reasons, it would be advantageous for someone in the 28% marginal tax bracket to defer paying taxes on earnings if they believe they’ll be in the 15% marginal tax bracket at retirement. Deferring taxes is especially lucrative for people who work in states with high income taxes and choose to retire in states with no income taxes. Making it so that 401K contributions are post-tax, rather than pre-tax, would no longer allow for this tax rate arbitrage.

So why would Trump and his closest Congressional leaders favor changing the rules on 401Ks’ tax status? I suspect it comes down to the political advantage. Changing the 401K so that all contributions are made with post-tax dollars today would generate more tax revenue from individual income taxes in the here and now, although at the cost of lost tax revenue when retirees withdraw from their 401Ks tax free at retirement. Because everything in D.C. is seemingly scored on a 10-year horizon, the increased personal income taxes generated by changing 401K plans will be counted, but the lost tax revenue from outer years will be largely ignored. Thus, there is political incentive to effectively shift tax receipts from… say, 2050, to 2018, and 401Ks offer the ability to do just that.

Changing the rules on 401K plans at this time seems irresponsible. Just 32% of American workers are saving anything in an employer-sponsored retirement account, according to a study by the U.S. Census Bureau. Of those who are saving, few are saving very much. The average American puts about 7% of his or her pay in a 401K each year, according to Vanguard.

Beyond the impact in dollars and cents, changing the rules on 401K plans makes it more likely that Americans turn away from 401Ks altogether. Those on the fence might ask why they should save, if, when push comes to shove, the benefits of a 401K could simply be eliminated.

Furthermore, one has to wonder whether levying higher taxes on individuals in exchange for lower corporate taxes truly nets out for savers and investors. Consider that 401K plans are a solely American savings method, and the tax changes impact Americans only. In contrast, companies that operate within U.S. borders are not owned exclusively by Americans. Foreigners own approximately 15% of American stocks, for example, and receive the full benefit of higher corporate profits should corporate taxes be reduced.

If the tax status of 401K plans is changed to pay for lower corporate taxes, the burden will fall on Americans alone, but the benefits will go to investors who live all around the world. I’m not sure how that fits the America-first banner under which Trump campaigned.