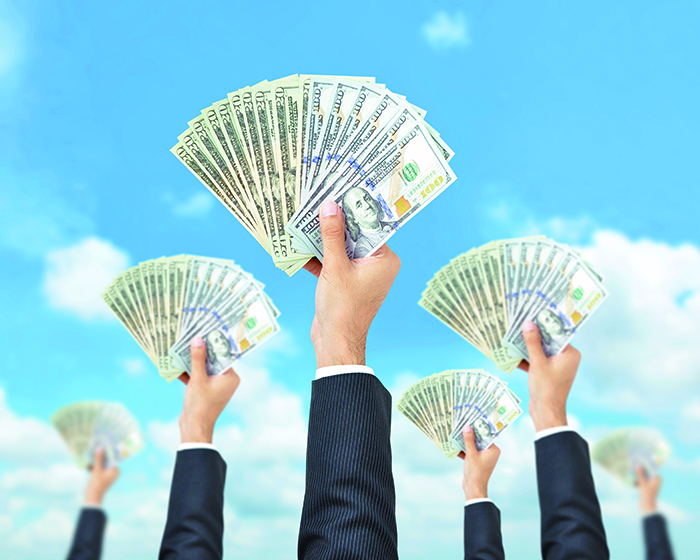 Crowdfunding may have been invented for the masses, but it’s turning into a story about big business and big numbers.

Here are some of the signs:

” Peer-to-peer (P2P) lending is expected to hit $77 billion this year, up 15 times according to Bloomberg News. Goldman Sachs and Morgan Stanley have gotten into the business of securitization of peer-to-peer loans.

” Prosper, a P2P marketplace, has hit $3 billion in funding and has 2 million members.

” Institutional investors and family offices are using crowdfunding sites to ferret out promising ventures, according to speakers at eMerge Americas.

” Companies like SeedInvest, which is opening a Miami office, are vetting crowdfunding opportunities to help cut risks for investors.

Luan Cox, CEO and co-founder of Crowdnetic, spoke at eMerge about how her company’s data is powering the CNBC Crowdfinance 50 Index, which is a daily index of the 50 largest capital commitments by private U.S. companies. A capital commitment means an investor has said they will fund a deal, but doesn’t mean the deal has actually happened. Crowdnetic is aggregating data from 18 securities-based crowdfunding sites, including Miami-based EarlyShares.

Recently, the No. 8 company on the index was Grain & Barrel Spirits (Island Club Brands) of Palm Beach, which had $1.75 million in financing committed out of a $3 million goal. The company seeks to identify emerging trends and then incubate the concepts to launch in the marketplace.

One of Grain & Barrel’s launches was Chicken Cock Whiskey, an 86-proof whiskey that was popular during the Prohibition era. The company says it had over $2 million in sales.

Matti Anttila, who is listed as a registered agent for Island Club Brands, was profiled in a 2010 Forbes article for transitioning from being an investment banker at J.P. Morgan to launching Cabana Cachaa, a Brazilian drink.

ClassWallet.com of Miami was No. 10 on the list. It had $1.33 million in commitments for a $1.5 million goal. The company’s concept is to provide an online account for teachers to collect money for their classrooms and shop for education products. Founder and CEO Jamie Rosenberg practiced mergers and acquisitions law for 14 months at Akerman Senterfitt before founding AdoptAClassroom.org in 1998. He started ClassWallet.com in May 2012

National Millwork of Riviera Beach was No. 7 on the CNBC Crowdfinance Real Estate Index. It had raised $1 million of a $3.75 million goal. According to CNBC, the commercial and residential contractor has ambitions to complete an acquisition in Texas and do an initial public offering.

Here are some comments from the panelists at eMerge:

He says most companies fail because they thought they could just throw something online and the money would just in. “If you can’t raise capital offline, you shouldn’t raise it online.”

Not only can crowdfunding democratize capital and destroy wealth concentrations, but it can help identify public needs, Nino says. One example is a real estate project in downtown Bogota, Colombia, that would have had difficulty getting conventional financing. He says the crowdfunding approach let 6,000 people who work downtown, but live in other parts of city, fund the project with $220 million.

Forget that crowdfunding is a source of cheaper equity, he says. Instead, think of crowdfunding as fulfilling a need and then letting the crowd determine whether it is the right investment for them. “If you think of it just as funding for your own initiative, you will fail.”

Crowdfunding has created a new source of capital at a time when institutional investors are waiting longer and longer to write checks, Harrison says. There is a need for capital in earlier rounds. He is concerned that a big company could raise money via crowdfunding and then crash – making people think crowdfunding is too risky.

Already, the founder of one company on Kickstarter raised $400,000, and then spent $300,000 traveling the world, he says. Scout Ventures seeks to avoid those types of disasters by vetting companies and checking legal documents.

The key for entrepreneurs is to find the right platform and audience depending on where they are in the business life cycle, Harrison says. Kickstarter might be the right place if you don’t have a product, and SeedInvest could be better when you do have a product.

Just because you raise money via crowdfunding doesn’t mean you don’t need smart investors who can add value, he says. Institutional investors are identifying deals on the crowdfunding platform and family offices are writing big checks and adding value.

Only 3 percent of accredited U.S. investors have ever participated in a private capital raise, Schwartz says. The reason is a lack of access and knowledge of deals.

Her advice for those who want to raise capital: Don’t think you can just put a pretty page online and attract attention. You need to put a lot of effort into packaging your offering. Crowdfunding is very transparent and it will be very clear whether you are putting in your effort and if you company has its game together. She says a successful Kickstarter campaign can help with a subsequent equity raise.