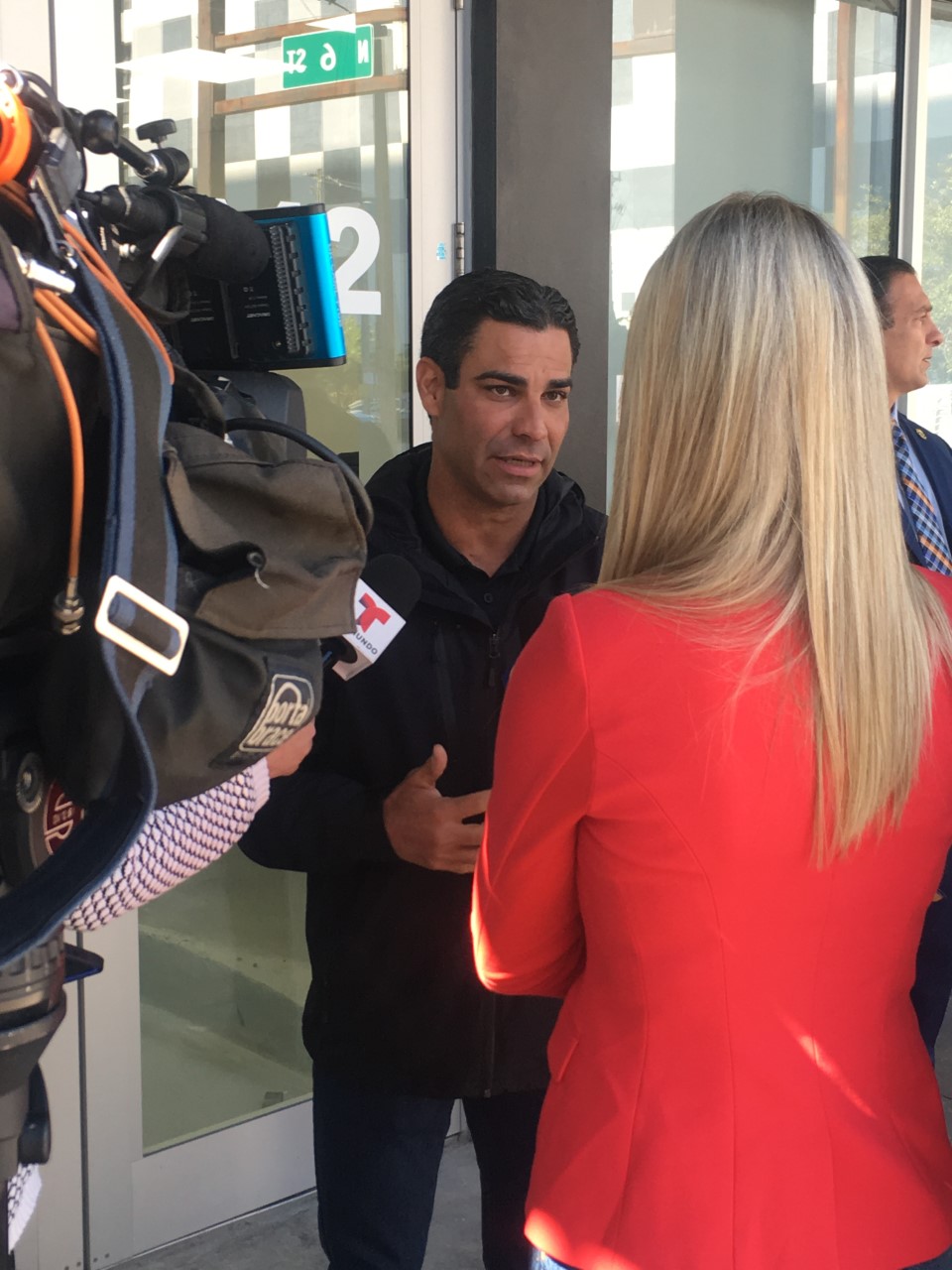 EXCLUSIVE: Mayor Suarez Headlines a Panel Discussion About the Development of Downtown Miami, Then Answers Questions About Flying Vehicles

The announcement of this major investment led Suarez to launch into his usual energetic boosterism of Miami, which he said is “really the epicenter of where capital allocation decisions are going to be made and where the companies of tomorrow are going to be formed. That’s what the world is looking at—we’re quickly emerging as the premier player in that vein.” He added that Miami is No. 1 in tech job creation and tech job migration, and cited data from Pitchbook about the city’s stunning growth in venture capital.

He said that the downtown renaissance will be characterized by technological disruption and advances that even may provide the possibility of “people being able to use the airways to move from one place to another”—i.e. flying vehicles.

With the influx of new residents from the New York area and California, newcomers have questions about the state’s educational profile—and its cultural climate. The avid techvangelist brought the subject back to his favorite topic: “We’re working with the charter school community to create tech-based charter schools in the city—that’s an announcement we’re going to be making soon,” the mayor said. “So, we’re doing everything that we can to increase the capacity of high-quality education at the same time as we’re seeing an influx of capital and doers and innovators coming to our city.”

On the topic of social issues, such as providing a welcoming climate for gay rights in a state that lacks the protections of New York and California, Suarez said, “I’ve been pro-LGBTQ from the beginning of my career,” adding, “I don’t think you can you can pick, necessarily, a place to live based on the ideological views of one person or another—or a particular politician.” When reminded that companies like Amazon do take such things into consideration—in order to make their workforces feel safe and welcome—Suarez had a ready response: “Amazon picked New York and New York rejected them,” he said, with a laugh. “I would love to have Amazon here and that would be wonderful.”

When asked about how transplants from New York and California will feel about the state’s Republican-proposed 15-week abortion ban, House Bill 5, which just passed its first House committee review on a 12-6 vote, and Gov. Ron DeSantis’ likely support of the bill, Suarez said with a smile, “Don’t worry about it.”