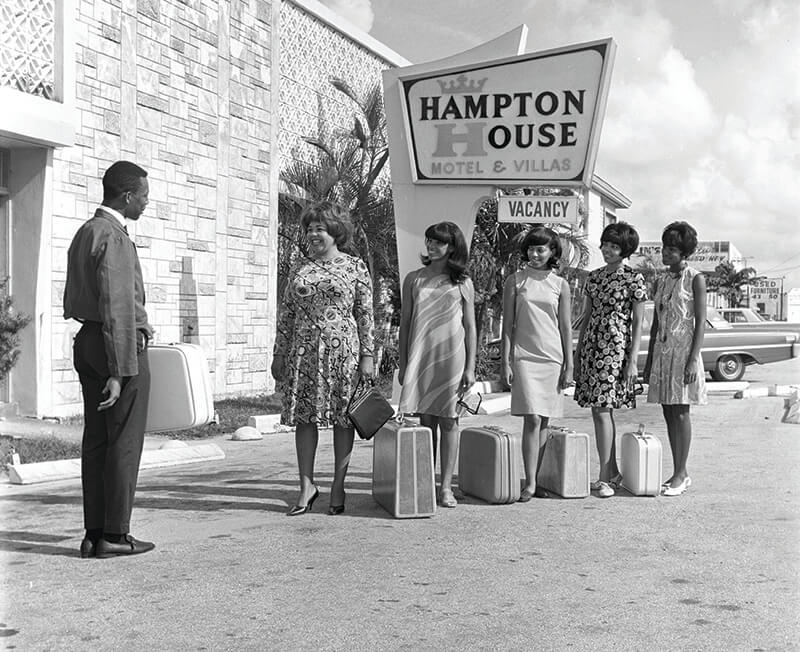 A refuge from Jim Crow laws

The 1960s were a tumultuous time in American history—the era of civil rights activism. In 1964, famed boxer Muhammad Ali—still using his given name, Cassius Clay—lived in Miami and routinely trained at the Fifth Street Gym in South Beach, but he wasn’t allowed to spend evenings at local clubs because of Jim Crow laws that permitted racial segregation.

Consequently, Ali and other notables, such as Martin Luther King Jr., Sammy Davis Jr., Nat King Cole and Sam Cooke, stayed at Hampton House. Located in the Brownsville neighborhood, just outside of Liberty City, this two-story inn, commonly referred to as the “Social Center for the South,” had a jazz club and a swimming pool. Celebrities and athletes visited the hotel, which doubled as a neighborhood hangout for locals to spend their evenings after attending church on Sundays. As middle-class African-Americans began moving from Overtown into Liberty City, Hampton House became a community landmark.

But as segregation laws ended, many residents moved away. Hampton House suffered from that migration as well as competition from what previously had been whites-only establishments. Still, Hampton House stands today—the only segregated hotel still standing from that era. After a $6.4 million restoration, it now is a mixed-use cultural and business center. Its “symbolic spaces”—such as the jazz club, swimming pool areas and café—will open this spring as an exhibition space.↵