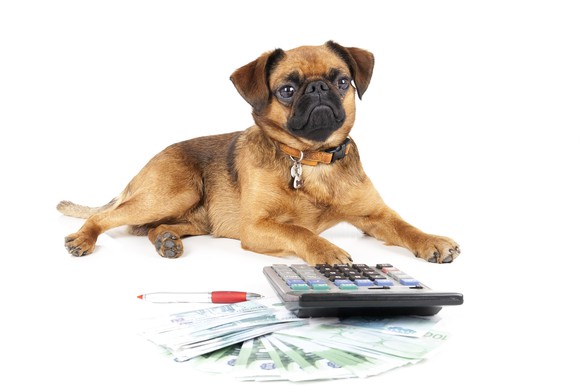 Find out how to use this easy-to-follow stock-picking strategy.

Dividend stocks offer current income and growth potential, and the dividend stocks that you’ll find among the 30 stocks of the Dow Jones Industrials (DJINDICES:^DJI) are some of the best-known, highest-quality dividend payers you’ll find. Rather than simply buying the entire Dow, however, many dividend investors choose instead to follow a strategy called the Dogs of the Dow. These stocks offer better yields than the Dow as a whole, and often, they’ve been able to outperform the Dow over the course of the year. Let’s take a first look at 2017’s Dogs of the Dow to see what you should watch out for over the coming year.

Because of the way that the Dogs of the Dow get picked every year, you can count on seeing some turnover among the 10 stocks that make the cut. However, 2017 is a remarkably stable year for the Dogs, with just two new entrants joining eight carryover picks from 2016.

Leaving the Dogs this year are Wal-Mart and Procter & Gamble. Interestingly, neither of the two consumer giants had particularly good years, with both stocks underperforming the broader Dow in 2016. However, a combination of factors resulted in their falling to the No. 11 and 12 spots on the Dow yield list.

First, the addition of Coca-Cola came from even worse performance from the beverage giant than its consumer goods peers. Coca-Cola saw its share price fall more than 3% during 2016, as ongoing challenges related to its long-struggling carbonated beverage segment continued to weigh on its prospects. The threat of greater regulation and taxation in some areas has hit Coca-Cola, and efforts to find efficiency gains haven’t been adequate to give investors the optimism in the company’s future prospects to justify share-price gains. Moreover, the recent strength in the U.S. dollar could once again create difficulties for Coca-Cola, given how much it relies on foreign currency for its revenue and profits.

The much more unusual move in the Dogs came from Boeing, which saw its yield jump not because of a decline in share price but rather from a huge raise that the aerospace giant made late in the year. Boeing boosted its quarterly payout in December by 30%, making its quarterly payout $1.42 per share. That helped send its yield up by more than a full percentage point compared to where it started 2016, despite Boeing’s solid share-price increase of 8% for the year. The move shows how much confidence Boeing has in its recent success, despite some concerns among investors that the volume of new orders in the future might begin to slow from its breakneck pace of recent years.

You can’t count on the Dogs of the Dow always beating the entire Dow, but it has had a recent string of good outcomes. For 2016, the strategy led to a rise of about 16%, topping the 13% gain in the overall Dow. Moreover, the Dogs paid higher dividends that gave the strategy another percentage point of outperformance compared to the overall Dow.

That good result brought the Dogs of the Dow’s track record to six wins in seven years. The strategy didn’t manage to match the Dow in 2012, and in 2014, it took the added returns from dividends for the Dogs to pull ahead. A small win in 2015 also didn’t bring much outperformance, but better performance in 2010, 2011, and 2013 has many investors convinced that the Dogs of the Dow are back for good. Yet when you go back 20 years, the win-loss record is much closer to .500 than investors would like to see.

The main reason to follow the Dogs of the Dow is that it’s a simple way to get performance that’s roughly in line with the Dow. Some years will be winners and others losers, but if you want a conservative dividend strategy that emphasizes blue-chip stocks, it’s hard to beat the Dogs of the Dow.