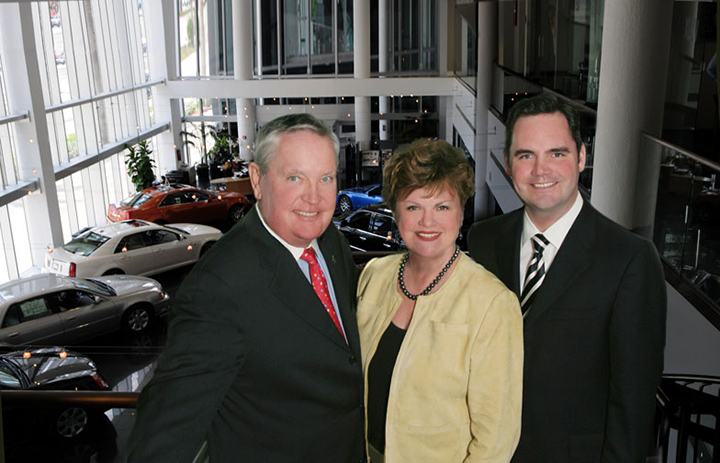 History in the making

How did your family get started in the automotive business?

In 1945, when George Williamson, Sr., returned from WWII he bought into his father-in-law’s International Harvester/Cadillac Dealership in a small town in Northeastern Indiana. In 1954, George, Sr., bought a Cadillac-Oldsmobile Dealership in Lake Wales, FL. Then in 1967, he built Williamson Cadillac on North Kendall Drive across from Dadeland Mall. At this point, Ed joined the company. In 2002, our son Trae gave up his law practice in LA and moved back to Miami to become our partner.

Tell us about the historic property that Williamson Cadillac-Buick-GMC is located on?

When Henry Flagler built the Overseas Railroad he used this property as a staging area. It later became the site of Dadeland Farm and Garden Supply. Next, the property was bought by the Davidson brothers who built their Davidson Lumber store. They tore this down in 1981. We bought this site from Stanley Davidson in 1997 and built the current dealership in 2001. Earlier this year, we bought the A1 Fargo Warehouse immediately north of us to expand service and parking.

Your son Trae joined the family business in 2002. What is his role?

Trae is our partner and President of Williamson Automotive. He gives us as much time as he can, but he is also a professor in the School of Business at UM, something he is very passionate about. ?