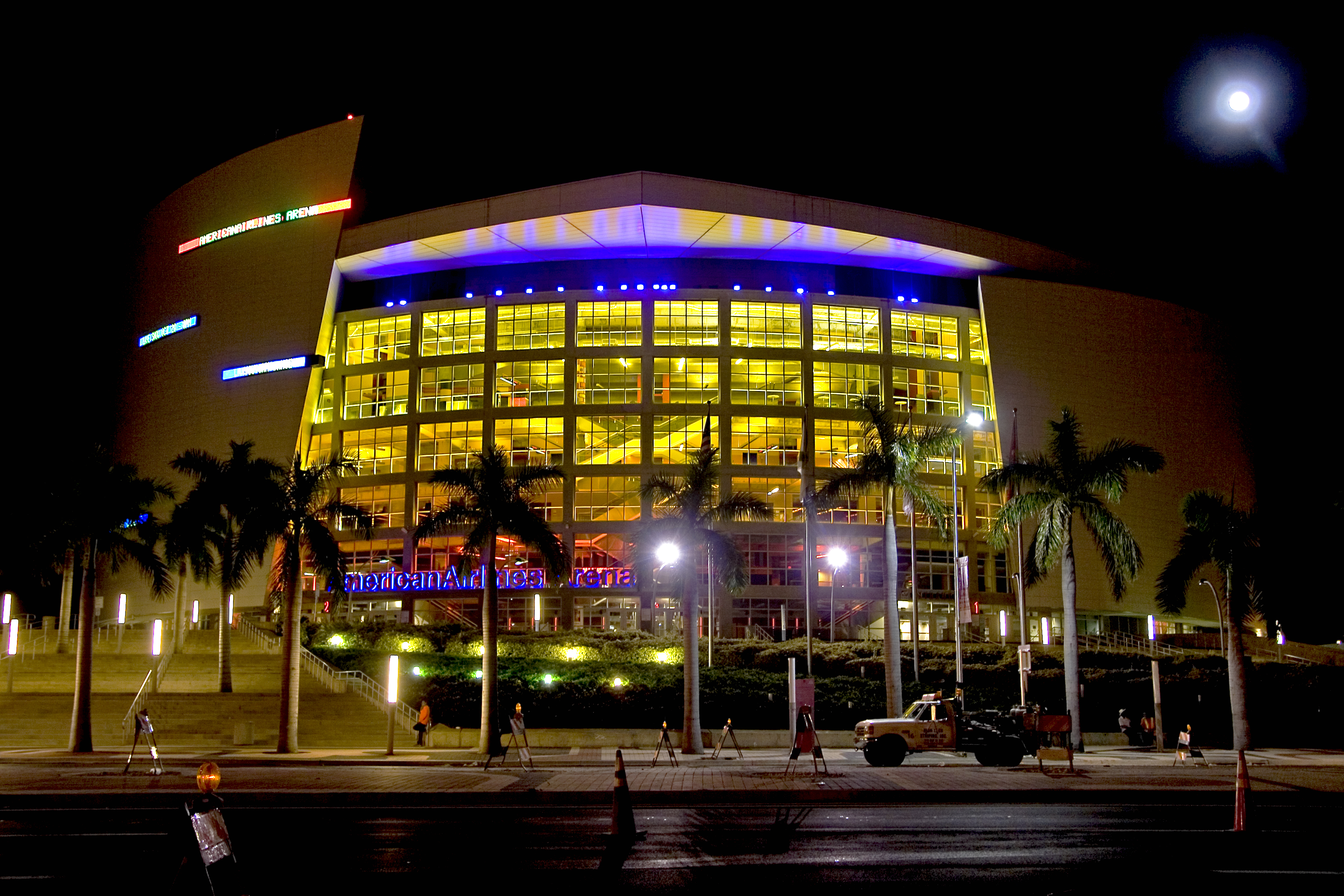 How AmericanAirlines Arena could get a new name 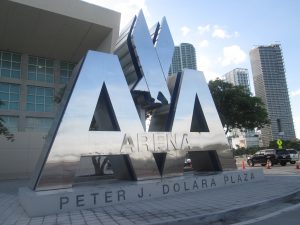 There have been a lot of new names for arenas and stadiums in South Florida over the past couple of decades, but AmericanAirlines Arena remained constant since it opened nearly 20 years ago.

The 20-year naming rights deal for the AAA expires this year and talks have started about a new 10-year deal with a 10-year option, Miami Today reports.

So, the big question will be whether American Airlines ponies up the money to keep its name on the arena. It appears likely the price tag will be much higher than the $2.1 million a year paid for naming rights in the initial deal.

For example, American Airlines is shelling out $6.3 million for a 30-year deal for the American Airlines Center in Dallas, according to Sports Business Journal. The name rights for the Golden State Warriors’ Chase Center is estimated at $300 million for 20 years, which would be $12.5 million a year. American Airlines’ headquarters is in the Dallas area and Miami International Airport is a major hub, which could provide a rationale for keeping the AAA.

Plenty of other businesses have multiple naming rights deals. AT&T has its name on three arenas and stadiums and Mercedes-Benz has its name on New Orleans Superdome, home to the NFL’s Saints, and the Atlanta Falcons’ NFL stadium. Toyota has its name on nine facilities, many of them relatively modest venues, according to a Wikipedia list. 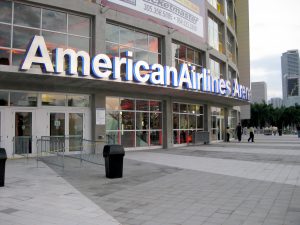 A number of factors come into play with arena deals. One would expect the Chase Center to fetch a higher than normal price because the Warriors were just starting their hot streak in 2016 when the deal was made. The team has been in the NBA finals four times in a row and won the championship three times. That’s going to attract more eyeballs and sponsor exposure as the team consistently reaches the NBA finals.

One plus of the Miami market is the metro area is actually bigger than San Francisco’s at 5.5 million vs. 4.3 million. Unfortunately, the Miami Heat have struggled since the split of The Big Three, which won two NBA championships. ESPN lists the Heat as “lottery bound” instead of “playoff bound” with a 26-33 record. President Pat Riley say the team will have cap space in 2020 to get some impact players to go with the young core.

The top arena on the Sports Business Journal list is Scotiabank Arena in Toronto, which is priced at $639 million from 2017 to 2038. That works out to a whopping $31 million a year. One edge for that arena is it is home to the Toronto Maple Leafs, a fabled NHL franchise, and the NBA’s Toronto Raptors, which is one of the better teams in the East Conference the last few years. The Toronto metro area also has a population of 6.4 million, about 1.4 million more than South Florida.

As for the other pro sports arena in South Florida, banking company BB&T worked out an estimated $3.7 million a year deal when it took over branches of BankAtlantic, which had the naming rights. I suspect the AAA is worth a lot more since it has the glitz of the NBA and Miami. 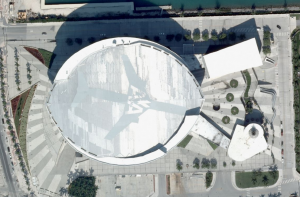 There is precedent in South Florida for a top shelf naming rights deal.

The Hard Rock Stadium deal is listed at $250 million for 18 years, which works out to $13.88 million a year. It’s eighth on the Sports Business Journal list. Hard Rock is home to the Miami Dolphins, the University of Miami and the Orange Bowl. It will host The Rollings Stones on April 20 and the Super Bowl on Feb. 2.

The ugly stepchild of naming rights deals in South Florida has to be Marlins Ballpark. It hasn’t had a naming rights deal since it opened in 2012. There were several stories in early 2018 about how the new owners had a renewed focus on a naming rights deal, but it hasn’t happened. The The Marlins ranked dead last in attendance among MLB teams in 2018 and are in a heavy rebuilding mode this season. Well, it could be an opportunity to get in the ground floor of something good if you believe in CEO Derek Jeter. The retired Yankees captain should be a lock for the MLB Hall of Fame in 2020.