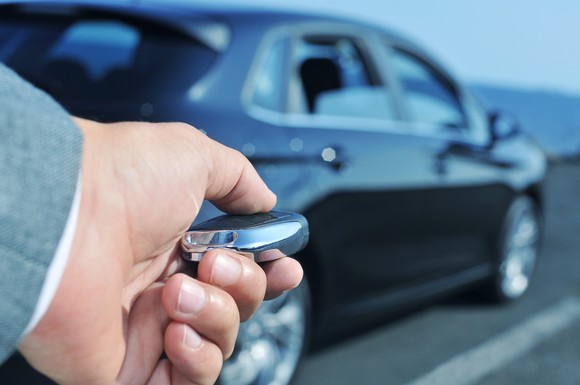 I Tracked Every Car-Related Expense for 3 Years. Here’s What I Learned

What began as a nerdy habit may help you gain insight into the financial implications of car ownership.

You may have heard that a car is among the worst investments you’ll ever make. Although the value of car ownership is not strictly financial (think of the freedom it brings!), a car’s value drops the second you drive it off the dealership lot, maintenance costs can pile up quickly, and some of us would find it cheaper to get around by bike or public transit.

That said, it’s not easy to come by evidence supporting the widely held notion that a vehicle is a losing investment. I mean, who tracks every car-related expense throughout years of car ownership?

Well, I did, actually.

I’ve tracked every single car-related expense since I purchased my Mazda 3 hatchback in June 2013 — every purchase of gasoline, every mile driven per tank of gas, every oil change, every tune-up, and every insurance payment. This nerdy habit has given me some unexpected insights into car ownership that may shed some light on the true cost of car ownership.

My experiment yielded some interesting stats that few people probably have about their cars:

Tracking these numbers has actually helped me to change my driving habits, especially to boost fuel economy. After all, fuel purchases are one of the single biggest expenses you’ll have to eat during years of car ownership.

Unfortunately, tracking these numbers also hammered home the point that the fuel economy estimates of the U.S. Environmental Protection Agency — the numbers that are advertised when you buy a car — are radically different from real-world driving fuel economy. When you live in Pittsburgh, that’s especially true, as city driving and some of the world’s steepest hills sap your fuel efficiency daily. It’s something to keep in mind when buying your next car.

So how big is the discrepancy? The EPA maintains that a 2013 Mazda 3 hatchback can achieve an estimated 28 mpg in the city and 39 mpg in highway driving conditions, or a combined rating of 32 mpg. My lifetime fuel economy is only 26.6 mpg. That includes hilly city driving, but again, I’ve logged half of my total mileage on road trips. The highest fuel economy I’ve ever achieved on a single tank of gas was 36.8 mpg — when I was trying very hard to optimize efficiency during a portion of a road trip.

While these numbers are interesting, they’re highly useful when calculated on a per-mile basis. Then they can help us pin down the total financial cost of car ownership.

My cost of car ownership

Here’s a general overview of my car-ownership expenses by year including gas and maintenance:

As you can see, my per-mile expenses have been relatively small thanks mostly to the low maintenance costs of owning a brand-new car. But I’ve learned some valuable lessons from being a first-time car owner. For instance, year two saw the highest per-mile expenses because I thought the blinking light warning me about my tire pressure was due to the frigid temperatures of the Polar Vortex. I needed to shell out for four new tires because, apparently, the treads wear out without proper inflation. Yeah, don’t… don’t do that.

But the numbers in the table above exclude the purchase price of my car ($25,300 total) and monthly insurance payments ($150 to start and $90 today). When those are factored in, my lifetime cost of car ownership rises all the way up to $1.01 per mile — although that will continue to fall now that I’ve paid off my car.

Things get really interesting when I extrapolate the cost of car ownership years into the future. Assuming I drive 10,000 miles per year under roughly the same conditions as I have to date (city driving and road trips), my insurance payments drop a little (I’m a young male who has only had insurance for as long as I’ve owned my current car), fuel prices average $3 per gallon, and maintenance costs begin creeping up as my car ages, my lifetime cost of car ownership may resemble the following:

*THROUGH 39 MONTHS OF CAR OWNERSHIP.

For perspective, in 2015 the average length of car ownership was six-and-a-half years, according to IHS Markit.

The good news is that I can slash my lifetime cost of car ownership per mile in half because I’ll no longer have a car payment. The bad news is I have to drive 150,000 miles and spend nearly $79,000 first, although that works out to a relatively manageable $5,244 per year on average. And that’s only if I avoid a catastrophic maintenance session with my mechanic as my car ages.

Now, I’ve already sunk $35,000 into car ownership to date, most of it from buying the car in the first place, so at this point I’m content with riding out this whole car ownership experience until the wheels fall off (literally). The freedom and convenience it has provided is pretty amazing, especially since I never had access to a car before I turned 23. While I live in a city with ample public transportation, sometimes at the end of a long day on campus last year I just wanted to get home as quickly as possible. So I ended up driving to and from school more often than I thought I would. Convenience is underrated.

But when I look at the numbers and think about where automotive technology is heading, it’s plausible that the first car I purchased could be my last. That depends on the availability and affordability of car services in the future, but I do live in the first city in the United States that allows Uber to drive passengers around autonomously. Going carless seems even more doable if I can replace road trips with air travel and take public transportation or bike lanes for local travel when possible — and it would likely be cheaper on an annual basis.

From the table above, in the best case scenario where I keep my current car for 15 years my total car ownership experience would have cost about $5,224 per year, excluding any catastrophic maintenance. I could get year-long access to public transportation in Pittsburgh for about $1,000 today. And since most of my travel is for work, it’s usually reimbursed and always a tax write-off. That leaves $4,224 per year, or $352 per month, to spend on ride-hailing or car services any time I crave convenience. While owning a car provides tremendous value, I could certainly be saving money without one.

Of course, this may be the best option for me, but only you can make the decision for you and your family.

While I can answer this question more quantitatively than most people, there is no right or wrong answer. Car ownership can be expensive, especially if you buy a new car immediately after paying off the last one. The longer you own a car and take care of it, the cheaper your per-year expenses will be. If you really want to save money, and you live somewhere where public transportation is available, then the cheapest option may be not owning a car at all.

Then again, it all depends on how much you’re willing to spend for the freedom and convenience a vehicle can offer. Car ownership can allow you to travel for a better or more productive job, visit friends and family more often, see the many small towns and beautiful landscapes that aren’t near major travel hubs, and more. Car ownership is a requirement for some people. A family with children, especially infants (hello, car seat), won’t be relying on Uber, Lyft, or any car service any time soon.

However, it may be possible to downsize from multiple cars to just one to save money for other parts of life. While it may take a few calculations and conversations with your family, and perhaps a change of habits or schedules, you certainly don’t have to be a data nerd like me to figure it out.