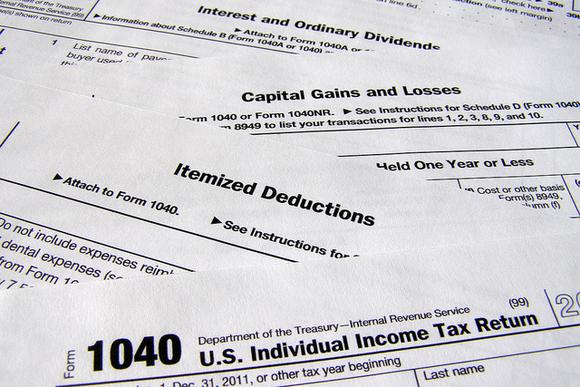 It Was a Good Bet

When the odds are in your favor and you still lose.

Warren Buffett has many disciples. Hedge fund manager Mohnish Pabrai is one of them, and one of the extreme few with excellent long-term returns to show for it.

The investing community began paying attention to Pabrai around 2007. Regulations mandate his portfolio holdings be publicly disclosed, which spawned a group of investors who piggybacked Pabrai’s ideas. One company Pabrai invested heavily in was a lender called Delta Financial. Several investors I know who follow Pabrai bought the stock. Which is unfortunate, because Delta Financial was bankrupt within months.

This is usually when a high-profile investor apologizes and vows to never make the same mistake again. But Pabrai didn’t. Soon after Delta Financial went under he gave an interview with SmartMoney magazine, basically saying he’d do the same thing again if he could:

SmartMoney: How do you deal with a Delta Financial, professionally and personally?

Pabrai: Investing is a game of probability. Sometimes when you make favorable bets, you still lose them. Even a blue chip could go to zero tomorrow. With Delta Financial, the company didn’t have enough financial strength — that was probably a mistake on my part. I think of it as a favorable starting blackjack hand where unfavorable cards showed up afterward.

SmartMoney: If you could do it over, would you have done the same thing?

Pabrai: It was a good bet.

It was a good bet. Not the kind of thing you hear from investors who just lost everything. But then again, most people don’t have Pabrai’s kind of returns.

Pabrai shouldn’t get a pass, and I don’t think he’d give himself one. The ability to admit being wrong and learn from mistakes is a vital investing skill.

But an even harder skill is realizing that not every poor investment is the result of a poor decision. No matter your strategy, investing is a game of probabilities. And even really high-probability bets won’t always work out in your favor. Just as you can be right for the wrong reasons, you can be wrong for the right reasons.

Given a ten percent chance of a 100 times payoff, you should take that bet every time. But you’re still going to be wrong nine times out of ten. We all know that if you swing for the fences, you’re going to strike out a lot, but you’re also going to hit some home runs. The difference between baseball and business, however, is that baseball has a truncated outcome distribution. When you swing, no matter how well you connect with the ball, the most runs you can get is four. In business, every once in a while, when you step up to the plate, you can score 1,000 runs. This long-tailed distribution of returns is why it’s important to be bold. Big winners pay for so many experiments.

You can be wrong half the time and still make a fortune. The best stock-pickers are often wrong a third of the time or more. This is usually viewed as an error and is easy fodder for criticism, but it’s part of a normal probabilistic game where odds, rather than sure things, determine the outcome.

David Einhorn looks like a dud for investing in the now-defunct SunEdison, and I suspect he would admit it’s not his finest moment. But Einhorn is still worth $1.9 billion, which rounds to $1.9 billion more than nearly all of his critics have, and is evidence that he has a history of making good bets even if many don’t pan out.

The same error rate applies to passive indexes. According to a study by J.P. Morgan, 40% of stocks in the Russell 3000 Index lost 70% or more of their value from 1980 to 2014. But the overall index grew 30-fold during that period, because about 10% of companies did sensationally well.

It applies to general investing, too. Having a down year or even a down decade doesn’t necessarily mean you made a mistake or should change your strategy. It means you’re playing a game of probabilities that don’t add up to 100 in every time period. Untold investing misery has been caused by not understanding this. As Nassim Taleb put it, “The problem with the idea of ‘learning from one’s mistakes’ is that most of what people call mistakes aren’t mistakes.”

You shouldn’t play Russian Roulette even if the odds are in your favor. Think of investing in the same way, and a more important question to ask than “are the odds of success in my favor?” is “are the odds of failure enough to ruin my life?” Countless financial funerals are owed to high-probability bets taken by people who couldn’t afford a low-probability loss.

The odds that stocks will fall 30% this year are pretty low. But if a 30% decline in your stock portfolio will prevent you from paying your bills, stay the hell away from stocks. No one knows exactly what the future holds. But as a reasonable starting point, every investor should be able to survive what happened in the past. That’s why knowing the history of the stock market is so important.

As Charlie Munger once put it, “Assume life will be really tough, and then ask if you can handle it. If the answer is yes, you’ve won.” That’s a good bet.