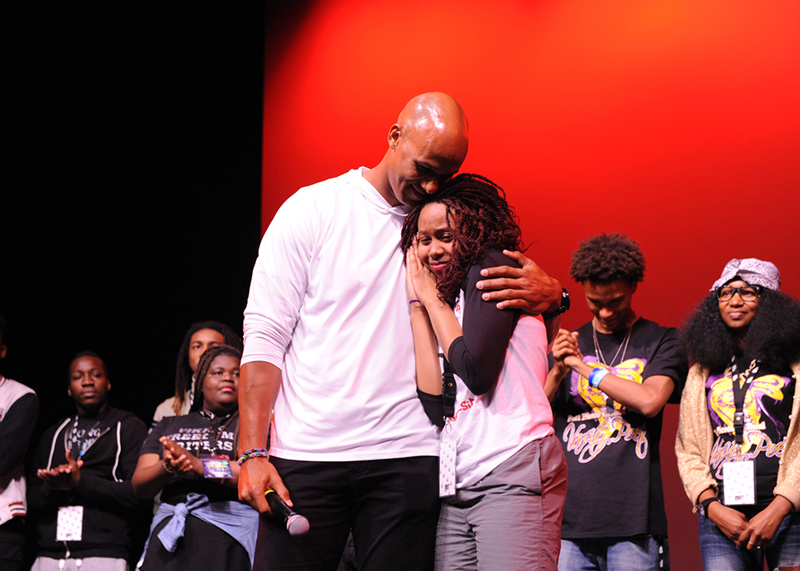 Jason Taylor Foundation’s efforts are ‘louder than a bomb’

Steve Sadaka has given a lot more than a cup of sugar to neighbor Jason Taylor, who will be inducted into the Pro Football Hall of Fame this August.

The CEO of the StevenDouglas executive recruiting firm found out his neighbor’s foundation had lost some key donation sources during the recession. He stepped forward with the concept for a grassroots fundraiser to raise $100,000, says Seth Levitt, executive director of the Jason Taylor Foundation. “We sort of laughed at him,” Levitt recalls.

But Sadaka was undeterred, putting together a committee of about a dozen people, and raised $106,000 the first year.

Sadaka has continued to expand the committee and find people passionate about the foundation’s mission, which provides after-school programs, scholarships and poetry competitions for students.

Sadaka estimates the efforts have raised close to $1.5 million since 2009, and Levit says they are running at a $200,000-plus rate each year now.

Sadaka is having a fundraiser featuring Taylor and students in the foundation’s programs on April 12 at his home in Weston, and then another in June at Smoke on the Water, a cigar bar in Weston.

One of the foundation’s key programs is the Jason Taylor Reading Room presented by StevenDouglas at the Miramar Youth Enrichment Center and New Renaissance Middle School in Iramar.

About six years ago, one of the eighth-grade students in the program was so inspired by a lesson from education director Kevin Sawyer that she came back the next day with a poem.

That prompted a poetry corner, which evolved into the Omari Hardwick Blueapple Poetry Network. Hardwick, an actor, artist and poet Levitt has known for about 20 years, has written poetry with students during his visits to South Florida and Skyped with them while traveling.

The program now encompasses almost every public high school in Broward County plus some schools in Miami-Dade, Palm Beach and St. Lucie counties.

Kids get up and rap about their life, which can include violence and sexual abuse, Sadaka says. “We have actually prevented suicides because kids felt all alone,” he says.

The program is supported by 42 organizations, including foundations, universities and businesses.

The Jason Taylor Foundation also brought “Louder Than a Bomb,” a poetry competition that started in Chicago, to South Florida in 2014. Forty teams participated in 2016 and this year’s competition wraps up April 8.

The foundation teamed up with Take Stock in Children for the Jason Taylor Scholars program. Students in the sixth and seventh grades sign a contract promising good grades and good behavior to compete for a four-year Florida Prepaid College Program tuition scholarship.

Feel inspired? Use this link to make a donation to the foundation: https://goo.gl/Aoh50U. ↵