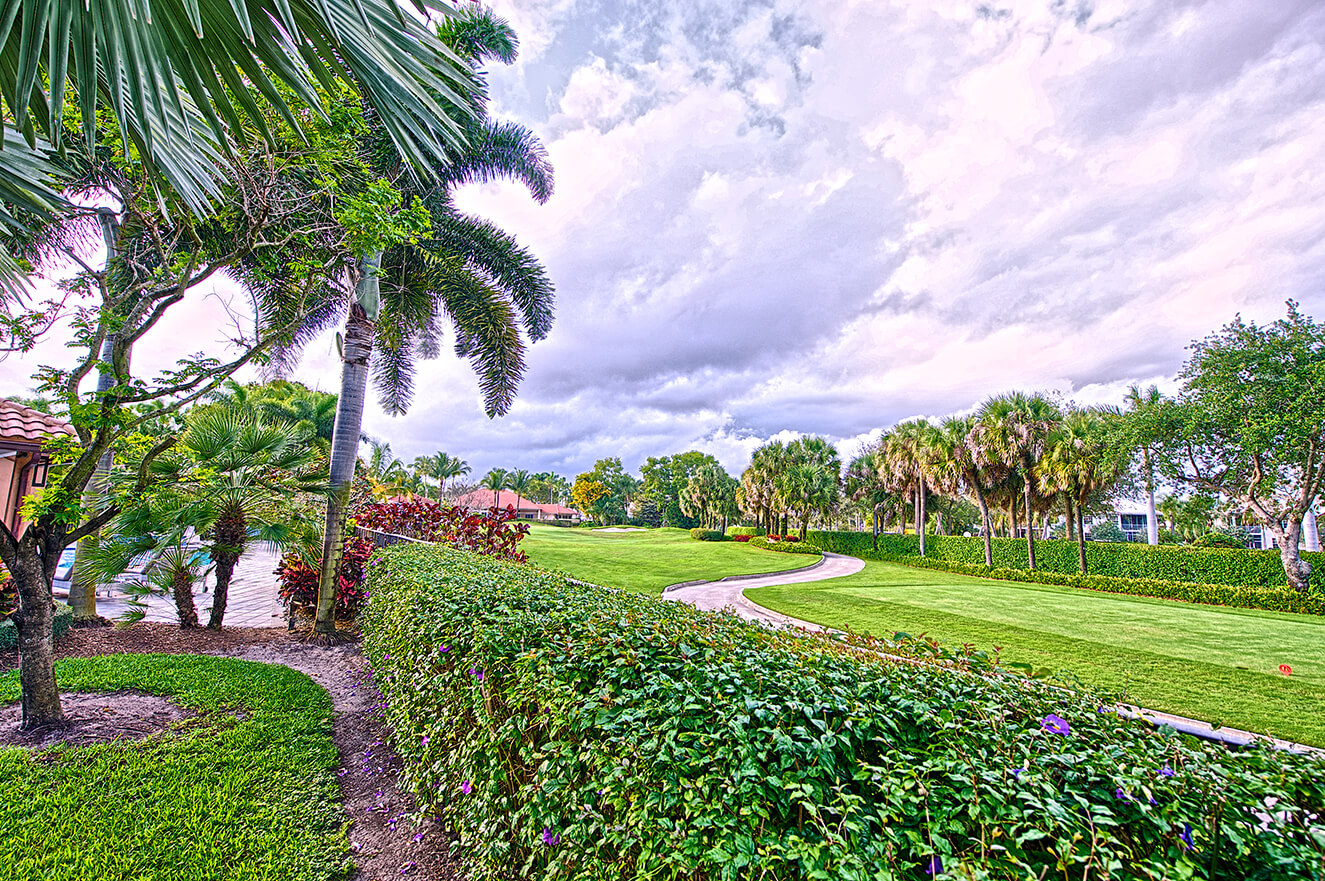 Life Along the Links

ffluence has its rewards, and one of them is being able to afford the lifestyle found within South Florida’s most-exclusive private golf and country clubs.

“They’re looking for a ‘resort-type’ lifestyle,” says Andrea Chang, a real estate agent with Lang Realty in Boca Raton, referring to people who gravitate to luxury communities. “People want everything at their fingertips. They don’t want to ever have to leave the country club.”

Chang is closely associated with the Polo Club of Boca Raton and Boca West Country Club.

Brett Morris, the Polo Club’s general manager and chief operating officer, agrees with Chang. “If you love the lifestyle, we’ll find you the home,” he says. “The club is kind of like a cruise ship that never leaves port. It’s all about the socialization. We’ve got a wide array of amenities and events to keep people busy.”

Boca West features homes in all price ranges and styles, including condominiums, villas and single-family homes, ranging up to multimillion-dollar prices. “We are committed to the member experience, and that comes through in everything from our service to amenities,” says general manager Matthew Linderman. “We truly offer something for everyone, from six diverse dining options to a state-of-the-art fitness center, luxury spa, and golf and tennis programs. Our new $50 million golf and activities center offers two new restaurants, the fine-dining Prime Cut as well as our deli, sports bar and grill, Grand Central.”

Brad Ball, director of sales and marketing at Admiral’s Cove Realty as well as Frankel Realty Group, both in Jupiter, says the attraction to country club living varies by customer. “Some want a golf cart in their garage, and some want a boat docked by their house,” he says. “We try to sell lifestyle first.”

He divides exclusive country clubs into two types. “At a golf club, playing golf is the most important amenity,” he says. “And there are country clubs where golf is just another amenity.”

“Golf is the only thing people are there for,” Ball says. “A lot of them have caddy programs, which are important to them.”

At clubs where golf is considered only an amenity, Ball says the attractions include tennis, fitness, dining and spa services. “Some of these have boating,” he adds. “It depends on the buyer. We try to figure out where they’re going to be the happiest. It’s more about the lifestyle than the home.”

He says Lost Tree and Admirals Cove are the most exclusive. At Admirals Cove, Ball says, one can have a “golf cart in your garage and your boat behind your house.” And Lost Tree “has some amenities, but it also has the ocean. It’s the only place in our area that has all of it.”

Admirals Cove is known for its wealthy residents. Admirals Cove has 13 billionaires, Ball says, and Lost Tree costs $208,000 to join, with annual dues more than $20,000.

“When clients are interested in purchasing homes at these exclusive clubs, we will take them to meet and see the membership director,” Ball says. “All these places have beautiful homes.”

At Admirals Cove, homes start at $500,000 and go up to $40 million, Ball says. At Lost Tree, prices range from $1.5 million to nearly $45 million on the ocean. He says there are still a few vacant lots available. “We do get a lot of tear downs,” he says. “People are tearing down 30-year-old homes and building new ones.”

Jill Johns, a Fort Lauderdale real estate broker with One Sotheby’s International Realty, says a highly desirable, high-end community is the Enclave at Coral Ridge Country Club. “It has an exclusive nature to it,” she says. “People buy lots and build a home on it. It’s a gated community on the east side. It’s not easy to find. For those interested in golf, there’s a championship Robert Trent Jones golf course.”

The Jills real estate agency in Miami Beach lists homes regularly in all three communities. Jill Eber, part of the Jills team, lives on Fisher Island and describes her community as a “one-stop shop.” She says everyone who owns a home on the island needs to be an equity member of the club. She says there are only 216 acres on Fisher Island with only about 750 residents. In addition to a spa—with physical therapists and a dermatologist on staff—there’s also a nine-hole golf course.

“It’s totally encompassed by water,” Eber says. “The security is incredible. The island contains two deep-water marinas, a body salon and a five-star hotel. There’s a beach club with two different bars and a pool where parents can take their children. It’s ideal for all demographics. It’s the perfect getaway. Twenty percent of people who live here are full time. People come from all around the world. Each unit gets a golf cart.”

Jill Hertzberg, Eber’s partner and co-founder of the Jills, lives in Sunset Islands, but she belongs to La Gorce. The club is not part of the development. “There’s a coveted Jack Nicklaus-designed golf course in the club,” Herzberg says.

Many of the world’s rich and famous list their homes with the Jills. They have the listing on the Julio Iglesias property at Indian Creek with an asking price of $150 million. Another billionaire living on Indian Creek is auto magnate and philanthropist Norman Braman.

“This is one of the wealthiest and most exclusive ZIP codes in the country,” Hertzberg says. “Indian Creek owns the streets and has its own police force.”

Hertzberg loves the lifestyle and amenities at La Gorce Country Club. “The people couldn’t be nicer and more professional,” she says. “When you work all week, it’s nice to go somewhere you can do the things you enjoy doing.” ♦

A listing at 5750 La Gorce Drive in La Gorce Country Club, which is along Alton Road in Miami Beach