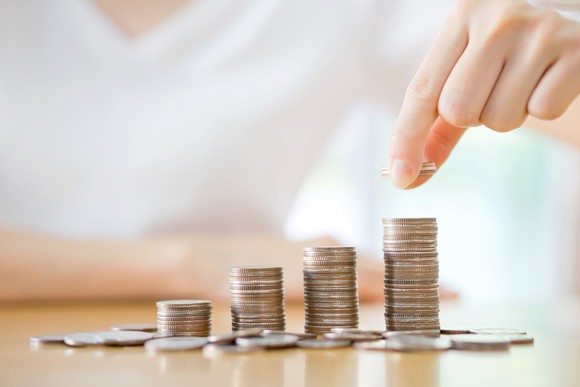 Great growth stocks can be tough to find, but our Motley Fool contributors have found five companies across different sectors of the market that they believe are second to none.

Fast-growing stocks that can deliver consistent top-line growth are tough to come by, so we asked five of our best contributors what their favorite growth-stock picks are right now. After hunting within their respective universes, the five settled on these top stocks, each of which they believe is best positioned to reward investors with growth in the coming years: Enbridge(NYSE:ENB), Ulta Salon, Cosmetics & Fragrance (NASDAQ:ULTA), 3M (NYSE:MMM), Celgene Corp. (NASDAQ:CELG), and Zoe’s Kitchen (NYSE:ZOES).

Read on to discover if these stocks are right for your portfolio.

Matt DiLallo: Canadian energy infrastructure giant Enbridge currently has an industry-leading $20 billion of growth projects under development. Because these are fee-based projects, the company expects them to fuel 12% to 14% compound annual growth in its available cash flow from operations through 2019. That growing cash flow stream, when combined with the company’s compelling dividend yield of 3.7%, puts it in the position to deliver an average total return of 16% per year.

In addition to the clearly visible near-term growth, Enbridge has another $37 billion of projects under development to drive growth through 2024. These projects include oil and gas pipelines across North America, midstream expansions in the U.S. and Canada, and offshore wind-farm developments in Europe. While the company likely won’t complete all the projects under development, it is confident that it can complete enough projects to deliver 10% to 12% compound annual dividend growth through at least 2024.

While most companies promise growth, Enbridge’s massive project backlog puts it in a position to deliver results.

Tim Green: Growth and brick-and-mortar retail don’t exactly go together these days, but Ulta Salon, Cosmetics & Fragrance is an exception. The seller of beauty products has been growing at an almost unbelievable pace. During the second quarter, comparable sales grew by 14.4% year over year, with total sales jumping by a larger 21.9% thanks to new store openings. E-commerce sales, which account for just a small portion of total sales, soared 54.9%.

Ulta is also highly profitable, and its margins are only improving as it grows. During fiscal 2016, which ended in January, Ulta managed a gross margin of 35.3% and an operating margin of 12.9%. Those numbers are up from 31.1% and 5.3%, respectively, in fiscal 2007. Earnings per share have increased by a factor of 11 over the past decade, thanks to both rapid revenue growth and increasing margins.

It should be no surprise that Ulta isn’t the cheapest stock around, given this growth. With a stock price of around $240, Ulta trades for 38.5 times the average analyst estimate for 2016 earnings. Rapid growth doesn’t last forever, but Ulta has so far shown no sign of slowing down. Paying such a high price for growth certainly comes with risk. But if growth is what you’re after, look no further than Ulta.

A rare mix of growth and dividend

Neha Chamaria: My ideal growth stock would be a company with an outstanding track record of earnings and cash flows, and the potential to grow at a strong clip in the years to come. With its diversified portfolio, global footprint, brand names, and visionary management, 3M is one such stock I’d consider today. If you’re wondering how far a company known for low-profile products like Scotch tape and Post-it Notes can go, this chart should give you an idea: 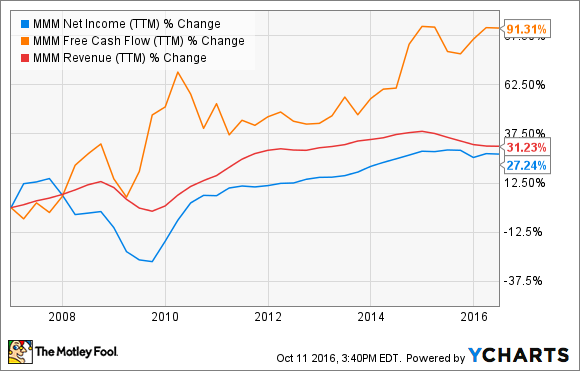 The innovative leadership at 3M and the company’s diversity, which helps mitigate risks, have played key roles in driving its bottom line higher in recent years. You might be surprised to learn that 3M’s products have found their way into nearly every industry today, including healthcare, automotive, oil and gas, aerospace, and manufacturing. Going forward, 3M is betting on its research and development pipeline and its global expansion plans to grow its earnings per share by 8% to 11%, and convert 100% of its net income to free cash flow (FCF) through 2020. 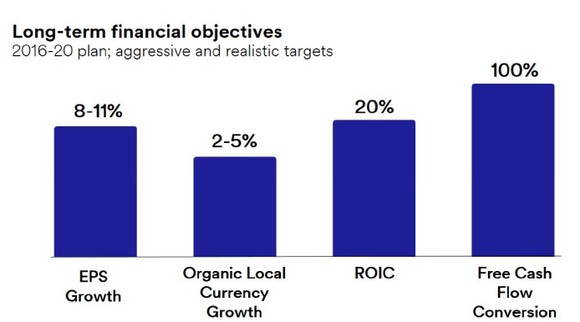 That’s incredible news for shareholders, as higher FCF should also mean fatter dividend paychecks — 3M has already raised its dividends for 57 straight years. In fact, 3M is a rare stock that offers excellent value for both growth and income investors. While 3M isn’t really cheap, at 23 times earnings, it isn’t unusual for growth stocks to trade at a premium. What matters is that the stock has more than doubled in the past five years, and looks promising enough to go just as high in the near future, given the company’s solid earnings and potential dividend growth.

A doubling of earnings could be on the horizon

Todd Campbell: Celgene is a growing, global biotech behemoth, and based on its long-haul projections, investors are going to continue to see rapid revenue and profit growth over the next five years.

The company’s best-selling drug is Revlimid, a drug commonly used in first- and second-line multiple myeloma patients. The drug is already racking up sales at annualized pace of $6.8 billion, but Celgene’s management thinks sales of the drug could increase by more than $1 billion from here due to label expansion.

Celgene should also see top- and bottom-line growth due to rising sales of its third-line multiple myeloma drug Pomalyst and its psoriasis drug Otezla. Pomalyst is selling at an annualized $1.3 billion clip this year, and Otezla’s second-quarter sales surged 170% to $242 million. Next year, Celgene expects Pomalyst sales of $1.5 billion and Otezla sales of between $1.5 billion and $2 billion.

Overall, Celgene is targeting sales of more than $21 billion in 2020, up from $11 billion this year, and profit of at least $13 per share in 2020, up from $5.70 this year. That’s a pretty heady forecast that should be taken with a grain of salt, but management’s past success may warrant giving it the benefit of the doubt on delivering on those targets. After all, Celgene’s trailing 12-month sales have more than doubled, and its profit has nearly doubled in the past five years. 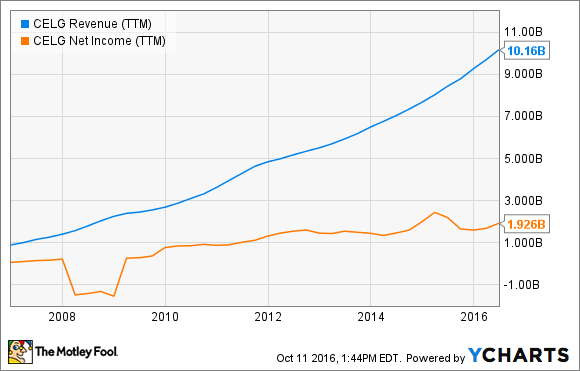 Hungry for a healthy market-beater

Steve Symington: Zoe’s Kitchen may have left a bad taste in investors’ mouths with its weaker-than-expected second-quarter report in August. But with its long-term story still firmly intact, I think now is a perfect time for growth-hungry investors to buy shares of the fast-casual Mediterranean restaurant chain.

The funny thing is, revenue still increased 21.7% year over year last quarter, to $66.3 million, helped by both new locations and a 4% increase in comparable restaurant sales. The latter is particularly impressive as it marked Zoe’s 26th straight quarter of positive comps. Make no mistake: It has become increasingly difficult for any restaurant chain to achieve positive comps in today’s tough restaurant-industry environment. And Zoe’s isn’t sitting on its heels, either; as a dad to three kids who too often balk at the prospect of eating at restaurants with the “same old” food options, I’m just as impressed with its recently launched new kids’ menu, which includes enticing fare like pizza piadina, salmon kabobs, and sides like hummus, Greek salad, or rice.

Meanwhile, as of Zoe’s most recent report it had already opened 25 new locations year to date, and boasted a total restaurant count of 191. But Zoe’s Kitchen CEO Kevin Miles offered a hint of what’s to come, stating: “We believe the consistency of our results reflects the success of our long-term strategic focus, and we remain confident in our potential to operate over 1600 units in the U.S.”

For opportunistic investors willing to buy now and patiently watch that growth story play out, I’m convinced the recent decline will prove little more than a blip in the radar compared to Zoe’s long-term gains.

10 stocks we like better than 3M in October
When investing geniuses David and Tom Gardner have a stock tip, it can pay to listen. After all, the newsletter they have run for over a decade, Motley Fool Stock Advisor, has tripled the market.*
David and Tom just revealed what they believe are the ten best stocks for investors to buy in October… and 3M wasn’t one of them! That’s right — they think these 10 stocks are even better buys.
Click here to learn about these picks!