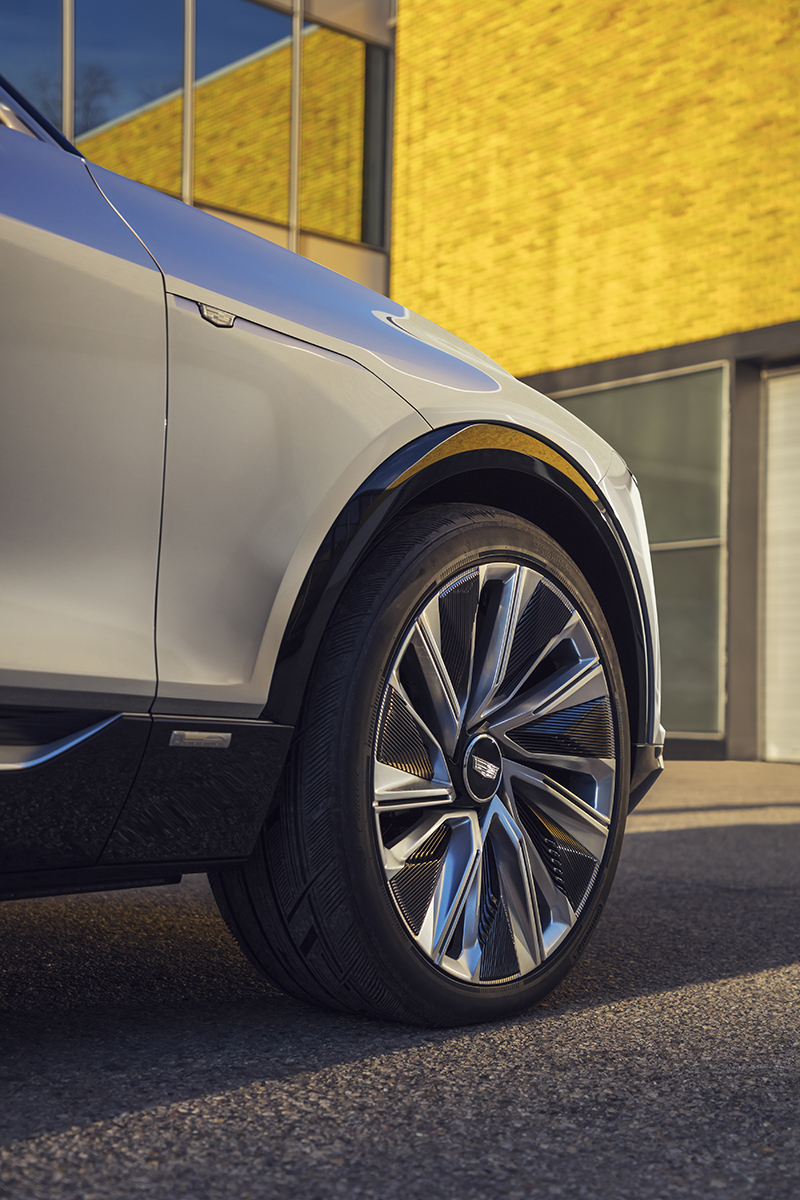 There was a time, not so long ago, when the best of anything was referred to as the “Cadillac” of its category. The brand stood as the pinnacle of American luxury, automotive style and opulence. To be sure, the Cadillac brand still boasts some impressive nameplates, like the flagship Escalade, and with the all-new Lyriq, Cadillac is aiming to once again reign supreme.

The all-electric crossover vehicle is more than just a new model in the Cadillac lineup. It sets the stage for what’s to come out of Detroit HQ (namely, a steady flow of electric vehicles across all General Motors brands), and it’s not what you think. While other American brands are competing to see who can build the most rugged, testosterone-driven trucks, SUVs and muscle cars, Cadillac is building its future on elegance, technology and finesse. “Led by Lyriq, Cadillac will redefine American luxury over the next decade,” says Steve Carlisle, executive vice president and president, GM North America. “We will deliver experiences that engage the senses, anticipate desires and enable our customers to go on extraordinary journeys.”

The Lyriq won’t be available in dealerships until late 2022 as a 2023 model, but anticipation is building for what could be a legitimate rival for Tesla Model X, Jaguar I-Pace and Audi e-tron. Early estimates suggest that Lyriq pricing will start just below $60,000.

“Lyriq leverages more than a century of innovation to drive the brand into a new era, while rewarding passengers with a more personal, connected and immersive experience,” says Jamie Brewer, the Cadillac Lyriq’s chief engineer. “To do this, we developed an architecture specifically for EVs. It is not only an exceptional EV, but first and foremost a Cadillac.”

Ed Morse of Fort Lauderdale’s Ed Morse Bayview Cadillac was thrilled to learn that one of the brand’s grand experiments would actually make it into his dealership—that wasn’t necessarily true of what he calls the “over-the-top, gorgeous” concept cars that the brand introduced in the last several years. The Lyriq, however, debuted in August as a “show car,” meaning that what you see in the reveal is close—about 80 percent—to what you’ll see in the actual production model.

Technology is artfully integrated into the vehicle, and takes you on a sensory journey from the moment you approach. “I love the lightshow that goes on upfront,” Morse says. Other vehicles may greet drivers with a projected logo “puddle lamp” on the ground, but the Lyriq recognizes—and rewards—its driver with a choreographed lighting sequence that starts with the illuminated Cadillac crest, continues through the horizontal LED lamps that span the grill, and finally touches the headlamps. The effect is to both delight and energize the driver for the road ahead. And all the while the cabin is prepared to the driver’s specific seat, mirror and climate preferences.

Slipping inside, you’re greeted with a symphony of light, colors and textures that are as much fashion as car design. The simple, spacious interior seats four, and rear passengers can control their own touchscreens. Sculpted surfaces feature uninterrupted lines and a contrast of cool metals and warm wood, with an intelligent design language that combines form and function.

A curved, 33-inch display encompasses both the driver’s gauge display and the infotainment system, and boasts the highest pixel density in the industry, capable of displaying more than 1 billion colors. Backlit speakers, hidden storage cubbies and orchestrated lighting features add to the delight. The soundtrack for your drive—via Apple CarPlay, Android Auto, or satellite radio—reverberates through a 19-speaker AKG audio system.

GM’s new Ultium battery system will power the Lyriq, and supports level one, level two and DC fast-charging options. A single charge will juice up the Lyriq for over 300 miles, making range anxiety a thing of the past. While horsepower and acceleration figures haven’t been released yet, electric motors generally deliver an immediate, brisk response. The Lyriq will come rear-wheel-drive standard, with optional all-wheel drive. The drive experience is designed to be seamless, and endowed with a bevy of driver-assistance features, including Cadillac’s Super Cruise autonomous driving technology, a lane-change on-demand feature, and a dual-plane head-up display for navigation and driver alerts.

The national reveal that lit up social media has made an impact, to say the least. “Clients call me up and say, ‘Can I put money down right now to get the first one?’” Morse says. “It doesn’t look like your traditional SUV.” The phrase that comes to mind is tailored muscle. With its long, lean profile paired with an assertive fascia, the Lyriq, Morse says, “screams both luxury and performance. It looks like when you put the Rock in a tuxedo.” ♦