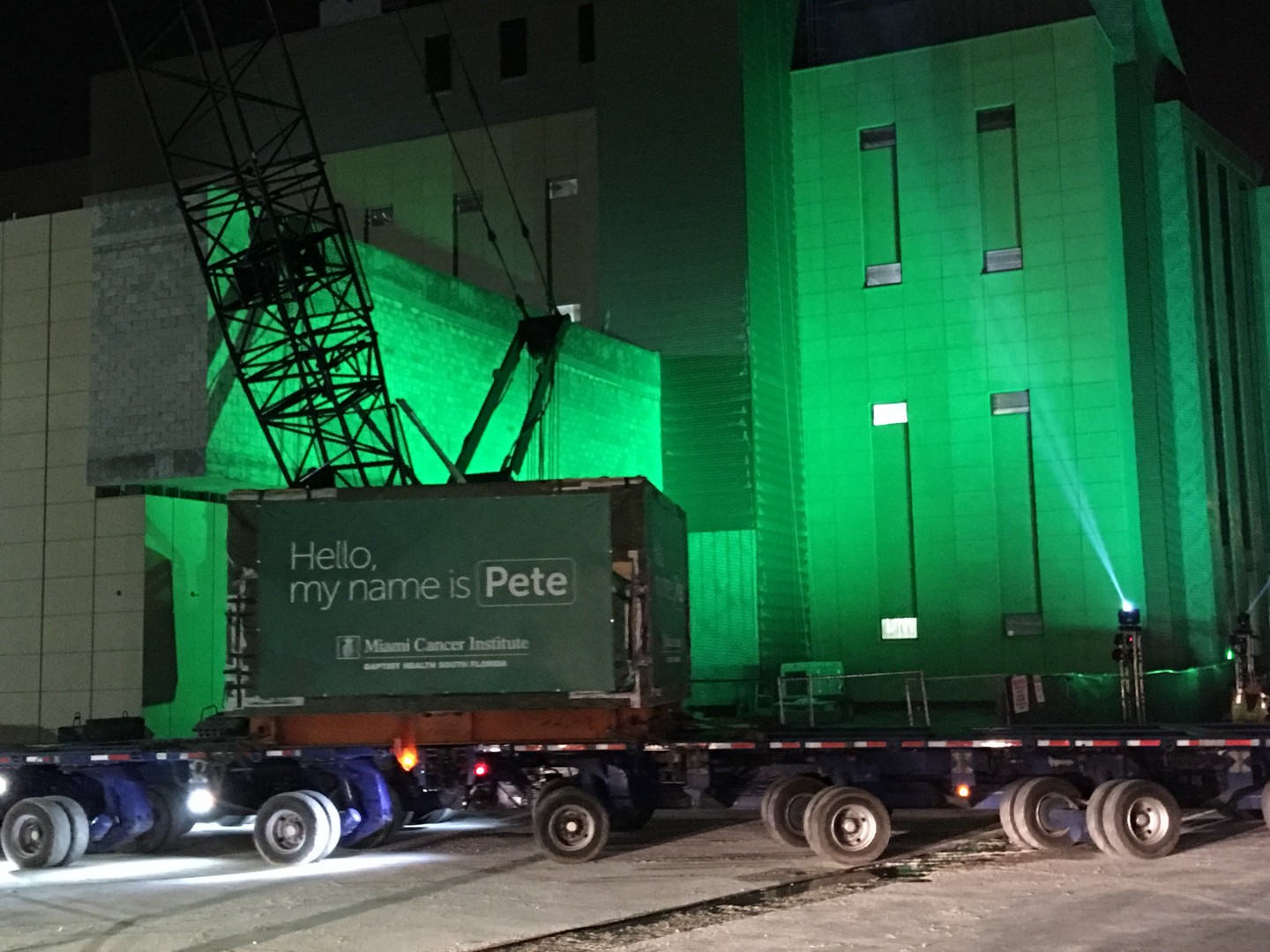 The 220-ton cancer fighting proton therapy cyclotron that was featured in the June edition of SFBW has arrived at Baptist Health South Florida’s Miami Cancer Institute.

The machine, nicknamed “Pete,” was shipped 4,700 miles from Louvain-la-Neuve, Belgium, to Port Everglades, where it was loaded into an unusual looking flatbed truck operated by two drivers who made the overnight drive to Miami. On June 14, a 140-ton gantry crane began to lift the cyclotron into its permanent home at the $430 million institute, which will open this year.

Pete will be ready for use in 2017. It will be the only cyclotron of its type in South Florida.

Why is it important?

Dr. Minesh Mehta, deputy director of Baptist Health’s Miami Cancer Institute, explained in the June issue that to target tumors, there is a need to maximize the radiation dose into the tumor while minimizing the dose to surrounding healthy tissue. Pete’s pencil-beam proton technology is the most efficient modern form of proton treatment. “It allows unprecedented ability to increase the dosage to the tumor while decreasing the radiation dose to normal tissue,” Mehta says. “We now have an elegant opportunity to decrease the number of side effects.”

In the past, proton therapy was delivered as a broad beam, making it difficult to shape to tumors, which can be asymmetrical. Mehta says historically curative radiation therapy lasted five to eight weeks with a treatment every day, amounting to 25 to 40 treatments. “Consider the potential with the duration of treatment being reduced with proton therapy to maybe being done in a week or two,” Mehta says.

The therapy is particularly effective in treating childhood cancers and adult cancers of the brain, liver and lung, as well as certain left-sided breast cancers and prostate cancers, Baptist Health said in a press release issued as the machine arrived.

The arrival of “Pete” turned in to a celebration