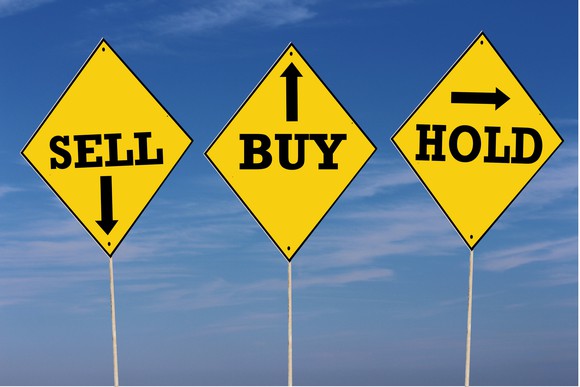 My 3 Worst-Performing Stocks — and Why I Still Own Them

by 2ton
0 comments
I own 20 stocks in my investing portfolio, plus a handful of exchange-traded funds (ETFs). Most of these stocks and ETFs have performed quite well over the past 12 months. But not all of them.

Three of the stocks that I own have dropped considerably since this time last year: Molina Healthcare(NYSE:MOH), Gilead Sciences (NASDAQ:GILD), and Express Scripts (NASDAQ:ESRX). These three are all healthcare stocks, but each has fallen for different reasons. Despite the declines, I’m holding on to these underperforming investments. Here’s why.

Molina’s share price is down more than 30% in the past 12 months. Most of this drop stemmed from uncertainty about what might happen with Obamacare.

Repeal of Obamacare could present a double-whammy for Molina. The company made 18% of its total revenue last year from Medicaid expansion and another 9% from the Obamacare exchanges. That’s a significant chunk of money at stake if Obamacare goes away entirely.

So why haven’t I sold Molina with a seemingly high likelihood that Obamacare could be replaced? I think the company’s value proposition is still solid over the long run.

The need for managed care to help control Medicaid expenses isn’t going to diminish, even if the Medicaid expansion funded by Obamacare is rolled back. Molina’s expertise in Medicaid managed care will be in greater demand over time as Americans age. The company also currently operates in only 12 states plus Puerto Rico. There’s still plenty of room for growth regardless of what happens with Obamacare.

Gilead Sciences: A victim of its own success

Gilead Sciences’ stock is down more than 20% during the past 12 months. This big drop is due to declining sales for the biotech’s hepatitis C virus (HCV) drug franchise.

To a large extent, Gilead is a victim of its own success. HCV drugs Sovaldi and Harvoni cured so many hepatitis C patients that there aren’t as many with severe cases left seeking treatment. Gilead is even airing TV commercials to urge individuals who might have hepatitis C but don’t know it yet to be tested.

The big biotech’s HCV and HIV drugs still generate plenty of money. Gilead also has a solid pipeline with several promising candidates. However, all of that isn’t enough for the company to grow earnings. I’m optimistic about Gilead’s future, though, and am holding on to the stock.

Gilead’s management has publicly announced plans to boost the company’s growth prospects through acquisitions. That’s encouraging, especially considering that the HCV drugs that propelled Gilead’s earnings and stock price over the past few years were picked up through a smart buyout of another biotech. One or more strategic acquisitions should help improve the company’s bottom line while Gilead advances its pipeline candidates.

Pharmacy benefits manager (PBM) Express Scripts’ share price is down less than 10% over the past 12 months. However, the stock has dropped more than 25% since the beginning of 2016.

The chief worry about Express Scripts is that the company could lose its largest customer, health insurer Anthem (NYSE:ANTM). Express Scripts and Anthem are embroiled in litigation over Anthem’s claim that the PBM owes it $3 billion from cost savings. Express Scripts disputes this argument.

Anthem accounted for 17% of Express Scripts’ business in 2016. Loss of an account that large would seriously hurt the PBM. Should Express Scripts lose in the ongoing litigation, the company would possibly have to shell out a lot more money in price concessions.

I considered selling Express Scripts but decided to hold on to the stock. Why? Because 10 years from now, I think the Anthem dispute will be a distant memory. As Americans age, they’ll need more prescription drugs. Unless drug costs miraculously go down (and they won’t), demand for PBM services seems destined to rise over time. Express Scripts’ size enables the company to hold down costs better than most PBMs, a fact that I think will position the company to continue growing over the long run.

Did you notice the common denominator in why I’m sticking with these healthcare stocks? I’m looking at the companies’ long-term business prospects rather than their short-term difficulties.

If I only paid attention to what’s going on right now, I’d sell Molina, Gilead Sciences, and Express Scripts in a heartbeat. However, that would be short-sighted — literally and figuratively. All three of these companies have solid business models. All three have products and services for which demand should grow in the future.

It’s possible that I’m wrong about the prospects for these stocks, of course. I’m not worried, however, because I’ve diversified my investments across plenty of other stocks and ETFs.

In the meantime, I’ll trust what Warren Buffett’s mentor, Benjamin Graham, once said: “In the short run, the market is a voting machine, but in the long run, it is a weighing machine.” I suspect that a few years from now, the true weights of Molina, Gilead, and Express Scripts will be known.

10 stocks we like better than Gilead Sciences
When investing geniuses David and Tom Gardner have a stock tip, it can pay to listen. After all, the newsletter they have run for over a decade, Motley Fool Stock Advisor, has tripled the market.*

David and Tom just revealed what they believe are the ten best stocks for investors to buy right now… and Gilead Sciences wasn’t one of them! That’s right — they think these 10 stocks are even better buys.