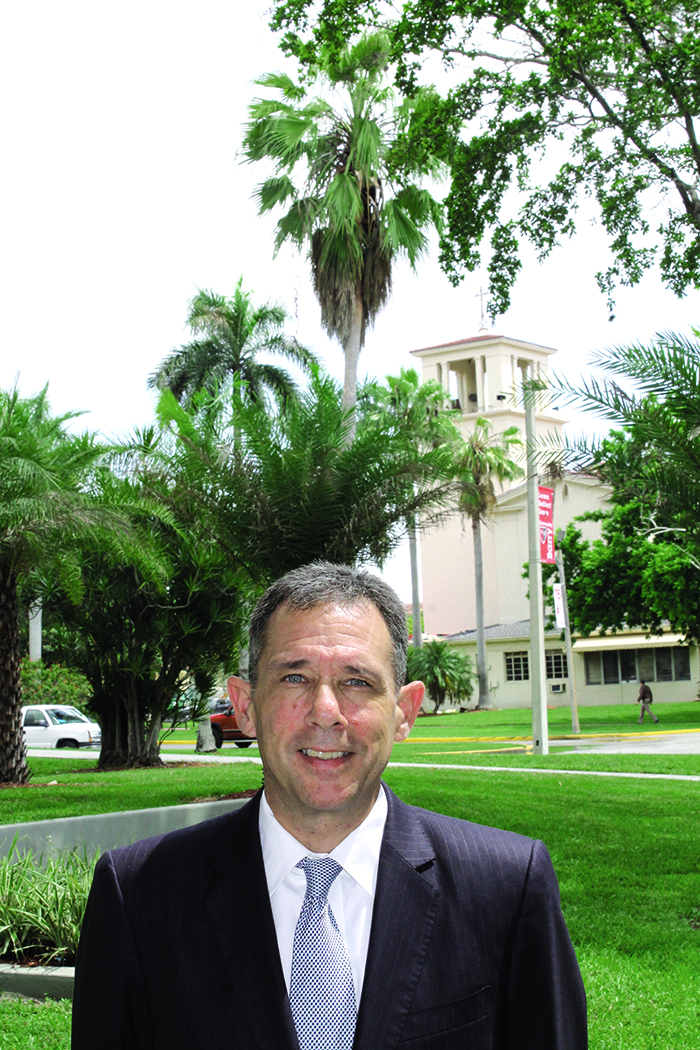 Colliers International Group’s loss of the Abood Wood-Fay brokerage last year made big news, but it clearly wasn’t a sign of surrender.

Colliers has come back with the addition of prominent commercial real estate brokers, the Pointe Group Real Estate firm and a new regional leader, Kenneth Krasnow, who jumped from real estate powerhouse CBRE.

From a structural standpoint, Colliers is also more in control, since it changed from having Abood Wood-Fay as an affiliate to actually owning its brokerage operations in the region, says Craig Robinson, U.S. president for Colliers International Group.

Robinson gained national media exposure earlier this year when he was profiled in The Wall Street Journal and talked about his efforts to create a culture that incentivizes brokers to be better team players. That’s important as real estate companies offer more than traditional brokerage services.

Globally, Toronto-based Colliers is a giant, with 502 offices in 67 countries and 16,300 professionals worldwide. In South Florida, it has a headquarters on Brickell Key and offices in Coconut Grove, Plantation, Fort Lauderdale and Palm Beach Gardens.

There’s a trend of local firms wanting to ally with international real estate companies, so Robinson says he didn’t lack for suitors after Abood Wood-Fay left. He says he thought Pointe Group was a good cultural fit, and he liked founder Peter Gardner’s warmth and community support.

Jack Lowell, a real estate icon who is a former chairman of the Beacon Council and once ran the Miami office for CBRE predecessor Coldwell Banker, says he looked at a number of alternatives when he left Flagler as vice president and joined Pointe. But he says Gardner’s personality and the ability to participate in some deals was a key factor in his decision.

Lowell says Gardner was courted by a number of major real estate firms, but that he saw several positives in doing a deal with Colliers, like the fact that the company still had solid players in its South Florida team after Abood Wood-Fay left and that it had made some good brokerage acquisitions in other U.S. markets.

Then, there was the culture. “They [Colliers” leadership] believe you should have fun while you are doing this business. That is Peter’s approach, too,” Lowell says.

Jonathan Kingsley, one of the region’s most prominent commercial brokers, had already joined Colliers before the news about Pointe and Krasnow. Gardner says he had a conversation with Kingsley about joining Pointe Group, but then they both thought there might be an opportunity to join Colliers.

One notable member of Pointe Group’s team is Boris Kozolchyk, who is one of the top names in the region for retail real estate and is often quoted in local media as an expert source.

Pointe Group’s acquisition of Americas Property Management in August 2014 gave it just under 10 million square feet of space to manage. “That was the type of scale and platform we were looking to build from,” Robinson says. He adds that South Florida is well-positioned for growth since it is a business-friendly area and a low-cost place to shift operations.

Krasnow says he liked Robinson’s pitch on how Florida, particularly South Florida, was a top five priority for the company: “They sought me out and they said, “We want to build. We want to invest. We want to grow. We want to dominate that market. We hear from partners all over the world that South Florida is a place you need to be.”

Krasnow says that Colliers already has strength with leasing and management in the office and industrial segments with Pointe Group and well-known brokers Kingsley and Lowell.

“The real area of opportunity for us is in the capital markets – the investment and debt business,” Krasnow says. “You see what’s going on in terms of building and land and the amount of capital that wants to invest in this market.”

Capital used to flow in and out of South Florida depending on the economic cycles, but now, the region is viewed as an institutional-quality place to invest, much like New York or Washington, D.C., Krasnow says.