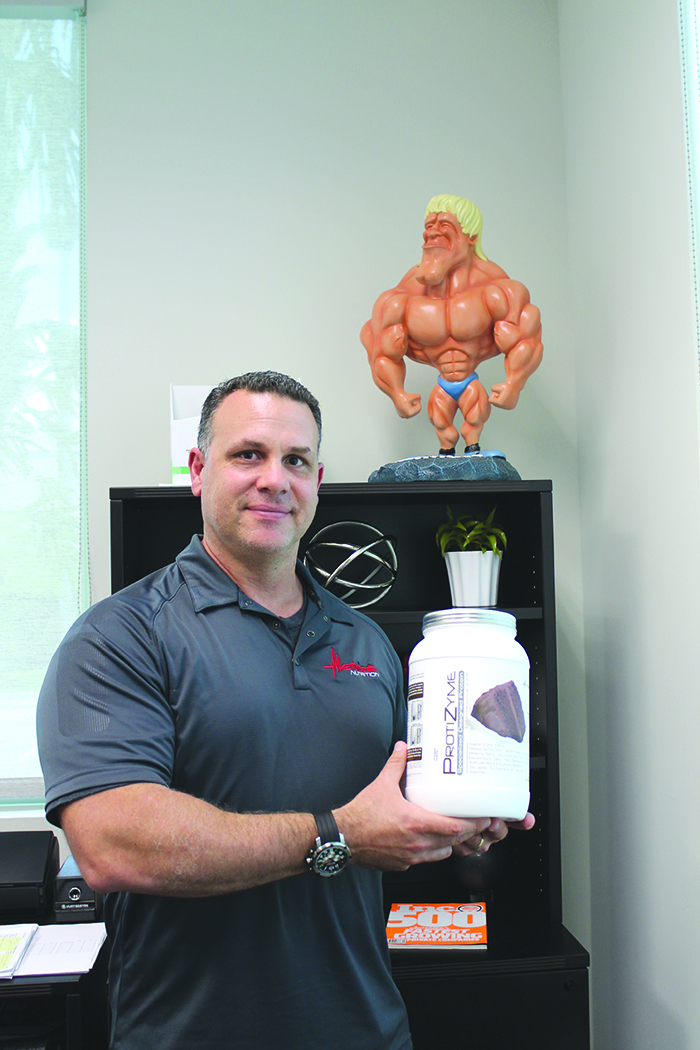 No Pain Before Financial Gain

Jay Cohen is putting up some whopping numbers for growth at his nutritional supplements company, IQ Formulations. From 2010 to 2013, the company grew 5,486 percent, which put it at No. 50 on Inc. magazine’s fastest-growing list. It ranked No. 572 this year and is on pace to double sales to $20 million with profit margins above 20 percent.

IQ Formulations recently moved into a new 40,000-square-foot plant in Sunrise that has the capacity to handle up to $120 million in sales. Cohen has 40 employees and is looking to hire dozens more by the end of next year.

It hasn’t all been smooth sailing, though. Cohen has had to overcome several obstacles in his career along the way, including the recession and a product recall.

Cohen grew up in South Florida and attended high school in Miami Shores before going to the University of Miami and the University of Florida. As a competitive weightlifter, he was always looking for an edge and got into nutritional supplements. His father, who was a doctor, became interested and developed a company called Metabolic Nutrition.

In 2007, Cohen bought the business from his father. Even as the economy tanked, he managed to hit the company’s highest level of profits. But in 2009, two of his top distributors failed and left him $500,000 in debt. “I had my best year and worst year in one month,” he says.

Cohen became discouraged about the industry, which he says was all about selling cheaper and cheaper products with a focus on the bottom line rather than what was good for customers. “It got to a point where I couldn’t do it anymore. I burned out and I walked away from it.”

The turnaround came when one of his former vendors told him to, “Believe in what you believe in and do it,” he says.

Cohen told his wife she was going to hate him, and he developed a mini-lab in his home. After a lot of time testing formula after formula, his parents gave him a loan to start IQ Formulations with a 1,000-square-foot space. He decided to avoid competing on price, as some companies were taking inappropriate steps like spiking amino acid, which meant their products didn’t have a long-lasting effect. “It’s kind of like comparing filet mignon and bacon,” Cohen says.

He then went to his first trade show and Europa Sports Products, a distributor in Charlotte, North Carolina, picked up his product. In 2010, Cohen did $124,000 in sales with packaging that had more of a pharmaceutical aesthetic, which he thought would appeal to women.

In 2013, IQ Formulations dealt with a major issue when the FDA informed him that his Hydravax product tested positive for an unlisted diuretic. Cohen says he was shocked, but realized the company made a mistake by relying too much on due diligence from secondary suppliers. He took it as a learning experience and subsequently built a six-member quality control department, spent $50,000 on lot expiration monitoring and decided to only source products in the United States. Every ingredient is now tested to make sure it matches previous batches. Cohen says he is also building an internal analytical laboratory. “In our industry, it’s the balance of bringing efficacious products, but also making sure consumer safety is at the forefront,” he says.

Cohen has kept his distribution simple, sticking with just Europa, which helps control communication to the end user, he says. IQ Formulations products are sold at retailers such as The Vitamin Shoppe, but they are also sold on metabolicnutrition.com. Cohen has taken an informational approach to marketing products with a science center and an “ask the scientist” feature on his website. The advice and products offered zero in on the needs of customers with different categories: athletics, competition, injury training, building mass, weekend warriors and weight loss. The company has also published 100 articles since January and has produced 83 instructional videos for its YouTube channel.

“What we are into is the consumer annuity,” Cohen says. “We want them to love our products and come back for years.” ?