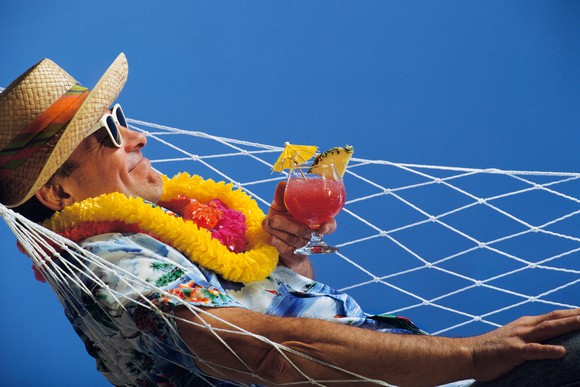 Read This Before You Retire at 62

You may be mentally prepared to retire at 62, but are you ready financially?

There’s a reason 62 is becoming an increasingly popular age for retirement. Since it’s the earliest age for Social Security beneficiaries to start collecting payments, most recipients jump at the chance to get their hands on that money as soon as possible. Not only is 62 the age at which the average American starts taking Social Security, but it’s also the median retirement age for Americans, according to a 2015 Transamerica Center for Retirement Studies report. In fact, 91% of respondents in Transamerica’s recent survey chose to retire at 62.

But while there are some definite advantages to leaving the workforce at that age, there are also some financial consequences you’ll need to consider.

You’ve got a long retirement ahead of you

While there was a time when 62 would’ve been considered, well, old, given today’s life expectancies, retiring at 62 may be more than a little premature. The Social Security Administration estimates that the average 65-year-old man today can expect to live till age 84.3, while the average 65-year-old woman can expect to live till 86.6. Of course, these are just averages, and while some retirees may succumb to health problems earlier on, there are those who might exceed these figures by a decade or even longer. For our purposes, let’s err on the side of optimism and assume that the Social Security Administration is spot-on. What this means is that if you retire at 62, you’re looking at a 22- to 25-year retirement. And that’s a lot of non-working years to fund.

The average Social Security beneficiary this year receives a monthly payment of $1,341, but Social Security benefits are only designed to replace about 40% of pre-retirement income. Most people need 70% to 80% of their pre-retirement income once they retire, so if you’re used to living on $3,350 per month, you’ll need to come up with about $1,000 to $1,340 every month to close that gap. Unless you’ve got that kind of money stashed away in a retirement account, you’d be wise to continue working until you’ve saved enough to cover your long-term living costs.

Furthermore, working in your 60s has its benefits — namely, the ability to max out on catch-up tax-advantaged contributions for a healthy retirement savings balance. For 2016, you can make a $6,000 catch-up contribution to your 401(k) on top of the $18,000 available to younger savers. Similarly, you can throw an extra $1,000 into your IRA if you’re 50 or older, for a total of $6,500 per year. At a time in your life when you’re (conceivably) earning more money than ever before, it pays to take advantage of savings opportunities like these.

Your Social Security benefits will take a hit, too

According to the National Academy of Social Insurance, as many as 65% of beneficiaries rely on Social Security for the majority of their retirement income, and it’s the sole source of income for almost a quarter of those 65 and older. If you’re counting on Social Security to stay afloat financially in retirement, taking your benefits at 62 could lower the amount you get.

Let’s see how that looks when we apply some numbers. Imagine your full benefit amount is $1,500, but you claim at 62 and get just $1,050 a month instead. Let’s also assume you’ll continue to collect benefits until age 85. Over the course of your retirement, you’ll wind up missing out on $34,000 in income by taking your benefits early.

Furthermore, retiring at 62 could impact the way your benefits are calculated. Your Social Security benefits are based on your top 35 years of earnings. Chances are, you’re making more money later on in your career than you were in years past, which means that if you work till 65 instead of just 62, you can replace three of your lower-earning years with higher-earning years, thus increasing your base benefit amount.

While retiring at 62 certainly holds some appeal, before you officially leave the workforce, consider the consequences of doing so at what could be considered a fairly young age. Sure, it’d be nice to have some extra leisure time on your hands, but unless you’re really in a secure financial spot, you’re better off working a bit longer and saving for the many years ahead.