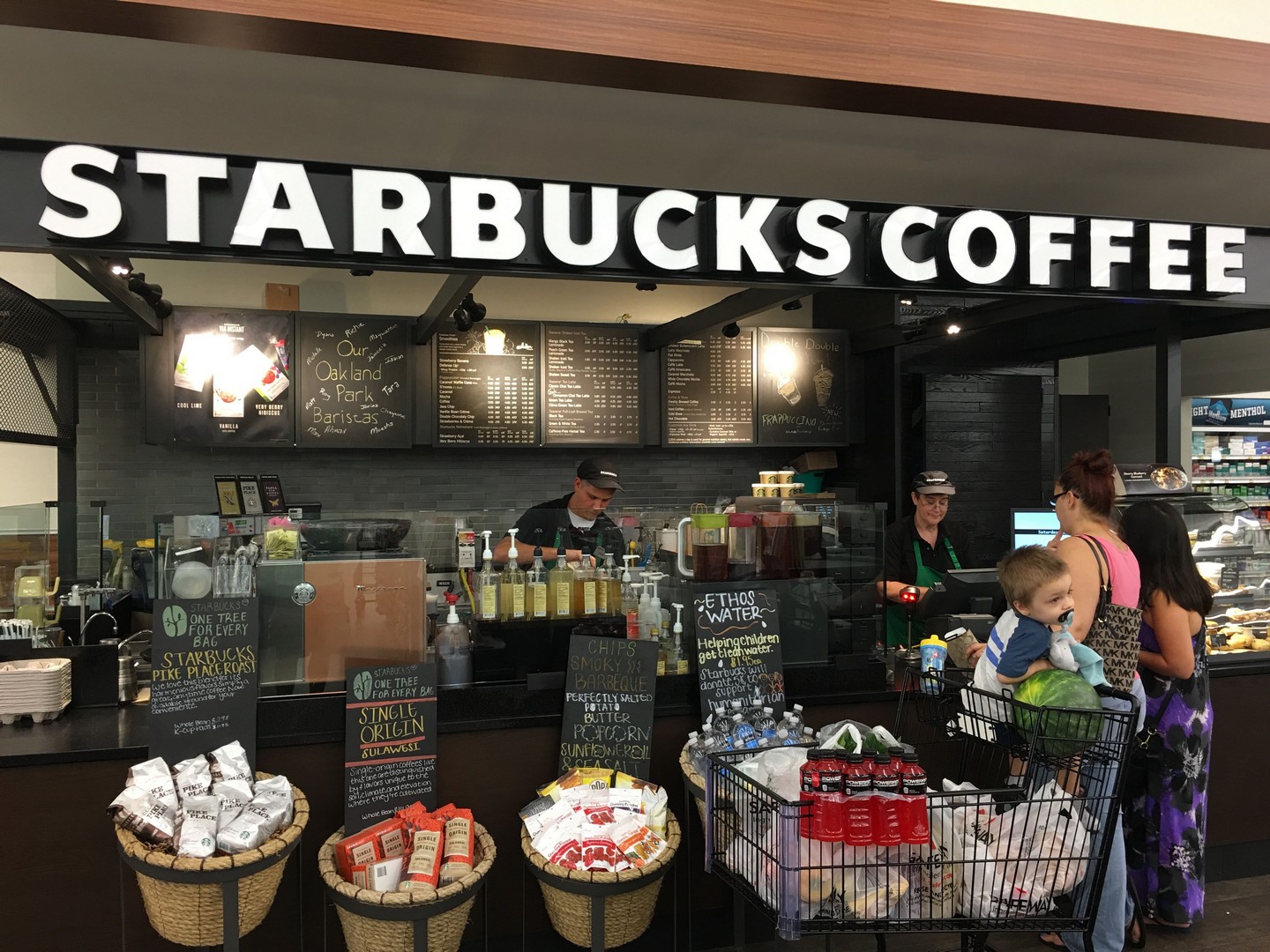 Slideshow: Why Safeway could be a challenge for Publix

The Safeways in Oakland Park, Largo (near St. Petersburg) and Altamonte Springs (near Orlando) were converted from former Albertson’s locations. Both Albertson’s and Safeway are owned by Cerberus Capital Management, which manages more than $30 billion in investments. Its chairman is former Treasury Secretary John Snow and the chairman of Cerberus Global Investments is former U.S. Vice President Dan Quayle.

With that much money, it’s clear that Cerberus can see how the initial stores do and then decide whether to proceed further. A company statement said it was just focused on delighting customers at the initial three stores at this point.

One notable feature for those of us who are time pressed is that the Florida Safeway offers home delivery via a downloadable app. The first delivery is free. Shipt is offering delivery from some Publix stores, but it’s not available in my neighborhood.

I went shopping at the Oakland Park Safeway store and was struck by how it seemed to be a cross between Fresh Market and Publix. For example, wood floors along the right side of the floor created a different ambiance than the typical Publix with its terrazzo floors.

The merchandising displays were very crisp and there was a lot of signage to reinforce the idea that a lot of products, such as squeezed juice, are prepared at the store.

There was a splashy display of floral products right inside the entrance of the Safeway, which created an eye-catching sense of arrival.

To the left there was the Floranada Café where customers were eating prepared products. I noticed a counter had power outlets, which is a nice touch for road warriors. Perhaps, best of all, there was a mini Starbucks next to it.

As you walk to the right of the store, there were rapid-fire displays of takeout products: charcuterie meats and cheeses, sushi, prepared dinners, prepackaged salads and a self-serve hot food bar priced at $6.99 a pound. (I love Publix, but the hot food counter seems trapped in the 1970s.)

The classic retail strategy is to make people walk to the back of the stores for a lot of these products, hoping that people buy more along the way. Safeway seemed to be realize a lot of people are busy and put them at the front.

The display of fresh salads and other dinner items sold by the pound reminded me of Whole Foods.

While Publix features Boar’s Head meats, Safeway features Dietz & Watson, which was founded in Philadelphia in 1939.

There were elements of multi-culturalism with the Latin Bar’s plantains, croquettes and black beans plus a temperature-controlled case full of loaves of Cuban bread. Is there something special about keeping it at 87 degrees? I don’t know, but the display made it seem that way.

The bakery had a robust section of bagels and more cakes, muffins and cookies than my diet would allow. Safeway says it

has partnered with Mike’s Pies of Tampa to supply key lime pie and some of the other bakery products.

Over by the produce department, there were samples of water infused with strawberries, pineapple and mint, fresh orange juice and strawberry lemonade. A press release said more than 185 organic fruits and vegetables are offered and 30 fresh juices are pressed and packaged on site daily.

The produce department was a work of art from the displays piled up in tiers to the rounded fronts of the organic vegetable cases.

The interior of the store had wide aisles and there was also a cut-through lateral aisle in the rows of kitchen staples, which was a nice touch.

I punched in a telephone number at the end to get paperless coupons and altogether saved 32 percent, or $85.90, on a purchase that ended up being $184.