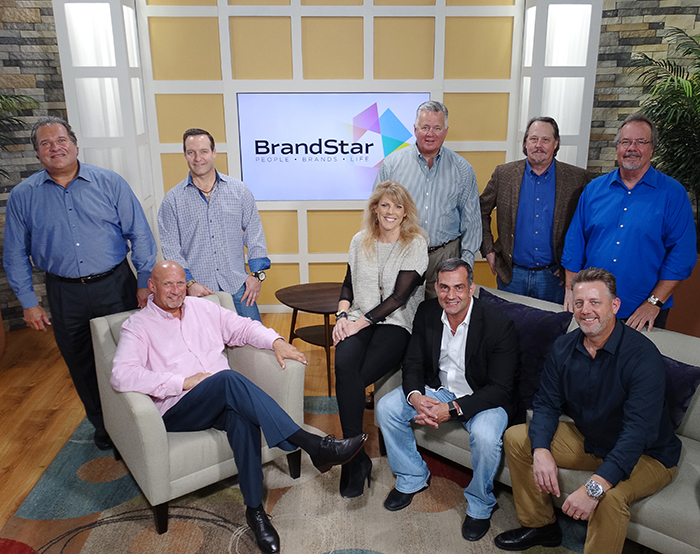 Strike up the Brand

When longtime marketing gurus Mark Alfieri and Pat Patregnani met about a year ago, they quickly discovered a shared a vision: People. Brands. Life.

Those are the watchwords that describe the focus of their new venture, BrandStar, a branded content marketing and entertainment company that specializes in targeting women – the force behind more than 85 percent of purchasing decisions.

Alfieri, who has a couple of decades of experience honing the concept, was introduced to Patregnani, a former CEO with Fort Lauderdale’s Zimmerman Advertising, by Carmen Feinberg, who today serves as BrandStar COO.

Driven by the growing influence of social media and the preferences of the up-and-coming millennial generation, BrandStar represents a new construct in product and service marketing, focused not on the hard-sell practices of yesteryear, but on appealing to consumers by educating them about the tools that can enrich and ease their lives. Think of product placement on steroids.

Women lead complex lives as “chief everything officers,” Alfieri says, adding, “With the millennials and Generation X, you can’t talk to consumers like you used to.”

For example, BrandStar’s Lifetime television program, “The Balancing Act,” which is hosted by Julie Moran of “Entertainment Tonight” fame, seeks to provide viewers with the kind of information they can use to make choices that can help simplify their otherwise hectic lives.

• BrandStar Marketing, the company’s multiscreen marketing and advertising agency, which works in all forms of traditional, digital, mobile and social marketing.

• BrandStar’s ListnTV, which owns and produces original branded entertainment content that consists of a lineup of successful morning shows that air on Lifetime.

• BrandStar Studios, which is home to a state-of-the-art HD production facility. The studios host two soundstages and full support services for any type of production.

BrandStar is already home to some 145 staff members and Alfieri and Patregnani expect to more than double that by the end of 2016. The company wants to bring in talent and push leaders upward within the organization so they can support succession planning and grow the business sustainably. The goal is a family-oriented culture that takes corporate social responsibility seriously, both acting as internal values to build appeal for clients’ offerings in today’s fast-changing marketplace.

Change is also in the air, literally, on the campus where BrandStar is setting up shop: a dynamic, thriving cluster of outwardly seeming pedestrian office spaces where one can encounter anything, from a fully equipped television studio to a two-story mural to a conventional conference room – or dozens of donuts to welcome workers on a Monday morning.

The Deerfield Beach-based business sees opportunity in South Florida because of the region’s numerous small businesses that may need various forms of marketing support but lack the money to buy the bundled services offered by traditional big agencies.

So far, it seems to be working. BrandStar has accumulated $60 million in billings in its early months of operation. “It’s not even disrupting the model,” says Patregnani. “That’s yesterday’s world. It’s about relationships.”

The Balancing Act: A talk show that brings positive solutions and cutting-edge ideas to busy women.

Access Health: Helps women take charge of their health by exploring the latest developments in medicine, nutrition and fitness.

Mission Makeover: Real people transform their bodies and become their best selves, from the inside out.

Office Spaces: A makeover-type program that features advice on how to maximize your office ergonomically, efficiently and innovatively.

Marcando Pasos: A talk show targeting Latina women with topics ranging from beauty and health, to family and finance.

Behind the Brand: Host Rachel Leigh interviews brand partners about their company origins, operations and direction.