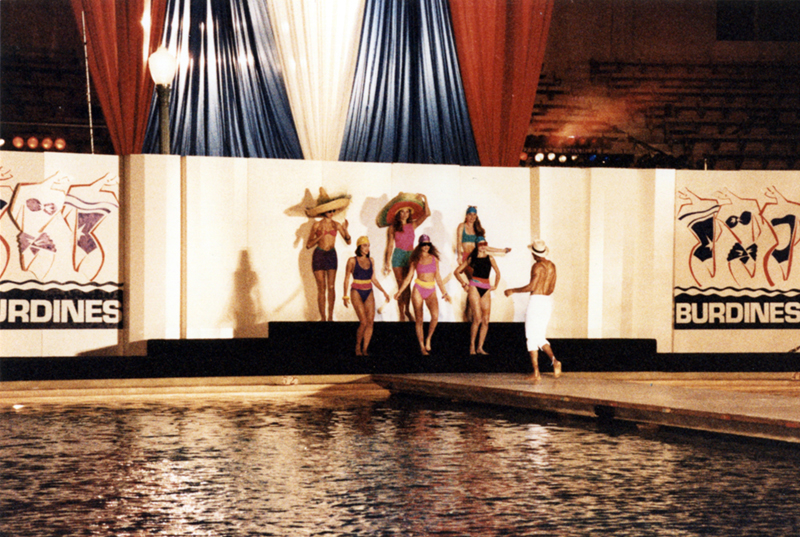 As summer heats up, Miami’s annual Swim Week will show South Florida how to stay cool. With major events beginning July 20, Swim Week will bring celebrities, buyers, bloggers and swimwear enthusiasts to the city. Last year, SwimShow, a trade show occurring during Swim Week, attracted 7,500 brands and buyers from more than 60 countries. SwimShow is just one component of Swim Week, providing insight into the potential local impact of fashion showcase. For instance, money spent by attendees trickles down into the hospitality, restaurant and entertainment industries. This translates into dollars that further the community’s business and economic development.

Miami is the swim fashion capital of the world for a variety of reasons. It offers designers opportunities for growth and has an ecosystem to support them. (For example, Miami Dade College opened the Miami Fashion Institute last year to prepare for this growing sector.) As of last year, says the Beacon Council, Miami’s creative design industry—of which fashion is a niche—employs 33,059 people at 3,498 companies. While the fashion industry is steadily growing, it has helped sustain the city’s economy for nearly a century.

Miami’s fashion history began in the early 20th century, when department stores began opening throughout the city. One that stood out was Burdines. What began as a dry goods store grew into a popular chain of department stores statewide. When Roddy Burdine took over his family’s business in 1911, he shifted the focus to apparel and transformed Burdines into a trendy store that reflected the area’s tropical location. Burdines coined the phrase “Sunshine fashions” to describe the region’s bright, colorful fabrics and casual style. It was to the early 20th century what “resort wear” is to today.

Burdines catered to a fashion-savvy clientele and carried high-quality European clothing and the latest in swimwear. In 1914, it began hosting runway shows to highlight the season’s “Sunshine fashion” trends. Eventually, its year-round fashion gained national attention and attracted customers from across the country. That helped put Burdines—and Miami—on the map. Burdines wasn’t just promoting a store but was also marketing the entire area. One of its advertising slogans called Florida the place “where summer spends the winter.” This ad alone spotlighted the area as a tropical destination, and Burdines eventually became known as “The Florida Store.” The city and the store grew together until 2005, when the Burdines name faded into retail history. Federated Department Stores, Burdines’ parent company since 1956, decided to put all of its stores under the Macy’s umbrella.

But Burdines established Miami in the fashion world, paving the way for runway shows such as Swim Week. The Magic City’s fashion future is bright with the area institutions that create the skilled workforce to sustain it. While Roddy Burdine’s dream was to establish his store as the place for “Sunshine fashions,” he did far more by changing Miami’s global reputation. ↵