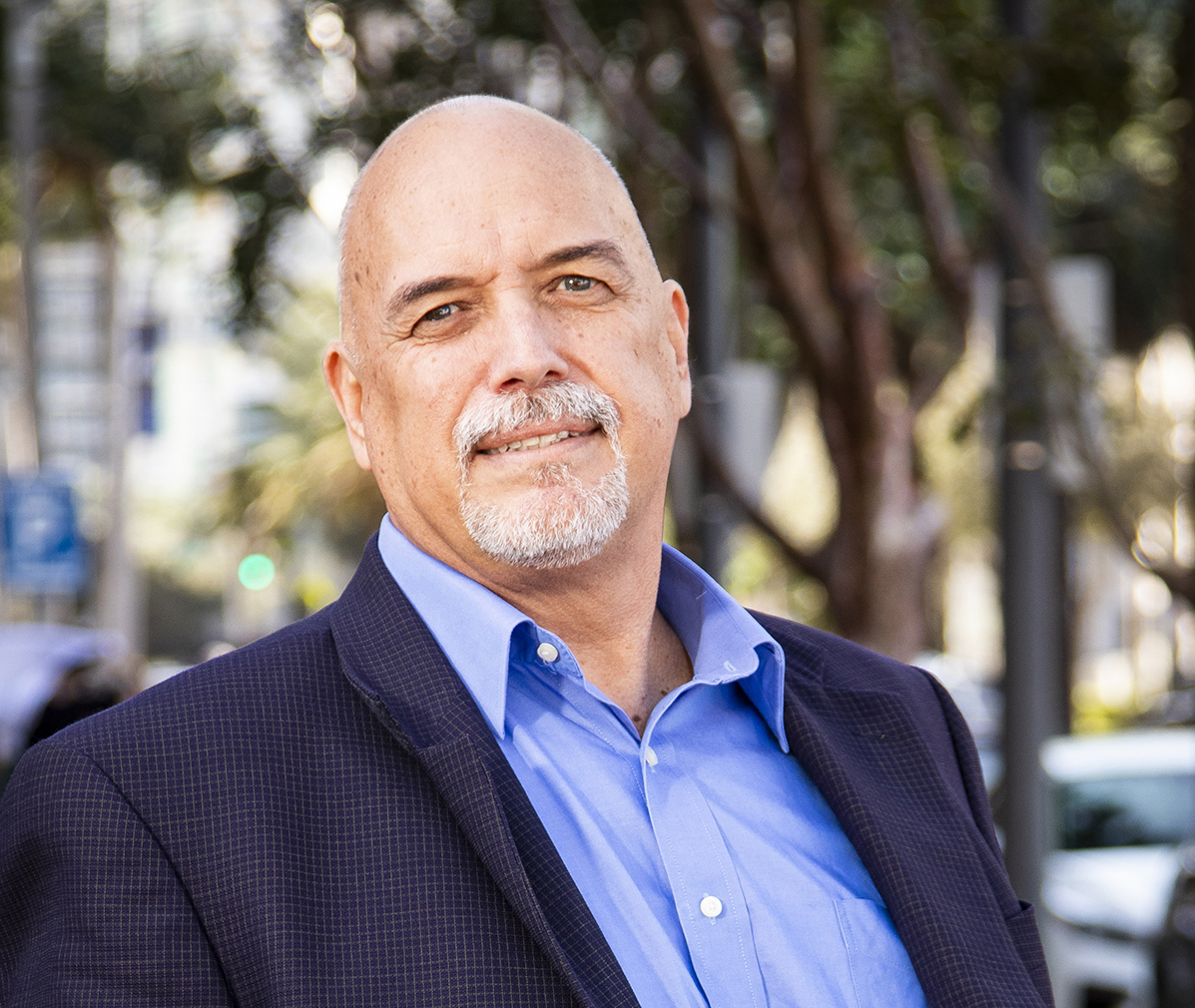 Cecil Kidd built the Florida Association of Postsecondary Schools and Colleges into a full-fledged professional organization, and now he’s poised to do the same for the new TechLauderdale.

TechLauderdale is a rebranding of the South Florida Technology Alliance, a longstanding organization that has had a heavy concentration of Broward County members. TechLauderdale is getting support from heavyweight business groups and colleges, including the Broward Workshop, the Greater Fort Lauderdale Alliance, Broward College and Nova Southeastern University.

The SFTA relied on a part-time professional staff, but Kidd brings not only his experience building FAPSC, but also campus president of Keiser University’s College of Advanced Technology in Pembroke Pines and regional director of government relations for the International Council of Shopping Centers.

Kidd is a native Floridian, born in Orlando and growing up in St. Petersburg, before earning a political science degree at Principia College in Illinois.

He started building connections in junior high when he reached out to Congressman Bill Young, the senior ranking Republican to speak to his class. He later interned for him and was hired full time.

He spent about 2½ years there and had the opportunity to run a couple of campaigns for the Florida House and mayor of St. Petersburg. He had a stint in Tallahassee and moved from political work to government relations at Operation PAR, a nonprofit drug rehabilitation center. The International Council of Shopping Centers hired him to lead the new regional government relations office in Tallahassee. It was a time of rapid growth in the state, and Kidd registered as a lobbyist to help the council achieve its goals amid anti-growth measures.

The role moved him firmly into government relations and gave him a bipartisan outlook.

“We were looking for friends and allies that would support us and it was a great learning experience as well as I think it really led to building some of my foundational structure and knowing how to work through a nonprofit organization,” Kidd says. He spent a lot of time in South Florida because of the amount of shopping center development here.

The council restructured and offered him a job in Washington, D.C., but Kidd says he turned it down because he wanted to stay in Florida. He joined shopping center developer Mel Sembler, who knew Kidd from the council. Sembler served as an ambassador to Australia and was once finance chair for the Republican Party. Kidd says he was a key mentor in his career.

Sembler ended up working on Lamar Alexander’s campaign for president

After Alexander’s campaign Kidd learned that the FAPSC was looking for an executive director. He was selected out of roughly 100 applicants. FAPSC focuses on what might be called career colleges, ranging from technology and truck driving schools to what was then called Keiser Career College (now Keiser University).

Like the SFTA, FAPSC only had a part-time person before Kidd arrived. The organization had a thin budget and held one annual convention and occasionally hired a lobbyist.

“So, I stayed with them for 10 years, we built it from an organization that was, again somewhat organized to a highly organized trade association that was well-known by the time I finished with them. They were well-known in Tallahassee. We were being invited to sit in on a rewrite of the Florida education laws,” Kidd says.

He moved to Oklahoma City because of a girlfriend and developed a home pet care business that ended up doing pretty well amid the Great Recession. He talked with a friend who was a vice chancellor of operations at Keiser College and they joked a bit about him joining. The discussion subsequently turned serious when Keiser was looking for a new campus president for a Pembroke Pines location that would focus on technology. After seven years at Keiser, Kidd had a turnaround opportunity at East West College of Natural Medicine in Sarasota. It was nice to be near his family again, he says, but he found he missed South Florida.

He saw a posting on LinkedIn by Sherlock Talent CEO Alex Funkhouser, who was the 2019 president of TechLauderdale, about the organization’s search for its first CEO.

“We conducted a national search to identify a candidate with exceptional leadership and relationship-building skills who understands how to succeed with institutions, such as local and out-of-state businesses, universities, economic development groups and government,” Funkhouser said when Kidd’s selection was announced. “There is no question, Cecil Kidd has the right stuff to lead this exciting organization and help establish Fort Lauderdale as the place to be in tech.”

Kidd says he likes the challenge of again being on the ground floor of building an organization.

“I don’t like to go into the jobs out there you just keep the status quo—it’s operating fine and you just come in,” he says. “Until an organization takes on the financial responsibility of saying we’re going to move forward as a professional organization, it is definitely hard to grow.”

A key role for Kidd will just be spreading the word of what TechLauderdale has to offer. The goals are to enhance technology education, provide more networking opportunities and engagement, strengthen the technology business community and put the Fort Lauderdale area on the map nationally as a tech hub. That will build on the efforts of other organizations, such as the TechGateway developed by the region’s three county-level economic development organizations. The TechLauderdale movement has been propelled strongly by the Broward Workshop, an organization of top business leaders in the county.

Kidd sees parallels between Broward County and his experience in St. Petersburg. Broward tends to get lumped in with Miami from a national standpoint, much like St. Petersburg is overshadowed by Tampa and the Tampa Bay area.

“So you know, first and foremost, is, I think, working with the Alliance with the Broward Workshop, with the chambers, we need to focus on really building a brand here, and that’s where this transition is from the South Florida Technology Alliance to TechLauderdale, really creating the brand that Fort Lauderdale has an incredible technology ecosystem,” Kidd says.

While Broward has some notable tech companies, such as Citrix Systems, Magic Leap and Ultimate Software, Kidd has a more encompassing view of how technology pervades most businesses these days.

He noted how he recently bought vegetables from a roadside stand, which would have once necessitated handing over money, but the attendant just pulled out a Square widget and swiped his credit card. Similarly, City Furniture CEO Keith Koenig is noted as saying he operates a tech company that happens to sell furniture. Kidd adds that AutoNation is another example of a major technology company as the nation’s top retailer of new vehicles.

In other businesses, he thinks, there needs to be a shift in corporate cultures to embrace risk and the consequence of failure, which is celebrated in places like Silicon Valley.

He invites the business community to engage by becoming TechLauderdale members. The five tiers range from $25 a month for individuals to a $3,500 platinum level that provides 10 memberships and an array of discounts and media spotlight exposure.