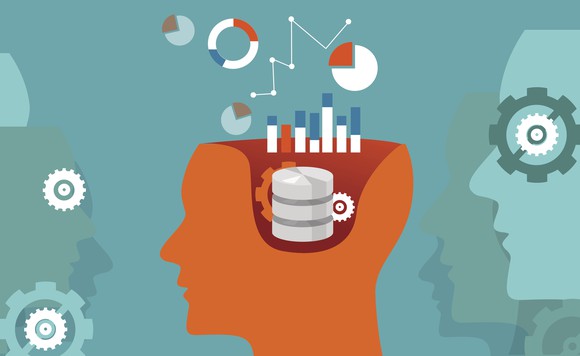 The 3 Best Machine Learning Stocks to Buy in 2017

Technology companies are betting that this type of computer artificial intelligence could be the next big thing — and these stocks are well-positioned to benefit this year.

Machine learning is part of the broader artificial intelligence (AI) market, where computers are given information and learn how interpret it on their own. Self-driving cars, for example, may be preprogrammed not to cross over a double yellow line when they drive, but machine learning within those driverless cars will learn that in certain situations — like getting around a parked car on the street — it may be necessary to cross over that line.

Machine learning’s market potential is often lumped together with the AI market, which is expected to be worth $47 billion in 2020, according to industry analytics company IDC. And three companies — NVIDIA (NASDAQ:NVDA), Intel(NASDAQ:INTC), and International Business Machines (NYSE:IBM) — are betting big on the market in 2017.

NVIDIA’s known for its graphic processing units (GPUs) for the gaming sector, but the company is increasingly using its chips to power machine learning systems in powerful servers.

NVIDIA says on its website that GPUs can process more information in less time, and use less data center infrastructure to do so, which makes them the ideal candidate for machine learning systems.

And a lot of companies are already using NVIDIA’s GPUs for their machine learning. Facebook uses the company’s GPU accelerators for its Big Sur machine learning computers and says on its website that, “Leveraging NVIDIA’s Tesla Accelerated Computing Platform, Big Sur is twice as fast as our previous generation, which means we can train twice as fast and explore networks twice as large.”

And Alphabet’s Google is tapping into NVIDIA’s GPUs for its cloud platform. The company recently wrote on its blog that NVIDIA’s Tesla K80 GPUs are now available on Google’s Compute Engine and Cloud Machine Learning to allow developers to rent the machine learning resources that they need.

Grabbing big clients like Facebook and Google is important, of course, but NVIDIA also has its own machine learning and AI prospects as well. The company sells its $129,000 DGX-1 server for AI processing and its Drive PX 2 computer for self-driving cars.

NVIDIA’s own offerings, along with sales to other companies, are already starting to pay off. The company’s data center revenue grew by 205% year over year in the most recent quarter. That didn’t all come from machine learning, but it shows that NVIDIA is already on the right track with its GPU-powered data centers, and machine learning could accelerate that opportunity even more.

Intel has long been the clear leader in the server space, with 99% of market share, and the company is trying to parlay that position into a strong machine learning offering as well.

One way it’s doing this is with the recent acquisition of driverless-car tech company Mobileye (NYSE:MBLY). According to a recent MIT Technology Review article, “Intel’s acquisition of Mobileye shows how critical data and machine learning are to the auto industry’s future.”

With this acquisition, Intel is paying $15.3 billion to help keep up with NVIDIA, which has been pulling ahead in machine learning. Barclays analyst Blayne Curtis said in an investor note several months ago that Intel has been “playing catch-up to NVIDIA” in the AI space, but that it’s making progress toward better long-term prospects.

Mobileye should certainly be considered one of those long-term prospects, as the company’s technology is already used in 70% of advanced driver assistance systems and will give Intel an opportunity to show whether its processors can compete against NVIDIA’s GPUs in the self-driving car market.

Last but not least, IBM is making a huge play in machine learning with its Watson machine learning analytics. IBM recently announced that it’s bringing Watson to its mainframe customers, allowing them to intelligently search through their own data.

The company says that most data lives in what’s called the private cloud (mainframe servers owned by large companies) and that its machine learning systems will help companies sort through their own data and make better decisions with it.

For example, IBM says that its new cognitive platform can help retail companies forecast sales market trends on a daily basis, as opposed to the usually monthly analysis. Or offer financial advisors a better way to recommend products based on a client’s interests, trends, and market movements. IBM also says that its machine learning platform can analyze the best way for healthcare companies to offer individual products on a more personalized basis.

IBM believes the cognitive computing market, which encompasses machine learning, will become a $2 trillion market by 2025. To help capture more of that market, IBM has made a series of acquisitions in the cognitive healthcare space recently — to the tune of $4 billion — in order to solidify its position.

Top stocks, but still some unknowns

While the machine learning space is growing, there are still a lot of uncertainties as to who will benefit the most in this space. But if I had to pick one stock right now, I’d lean toward NVIDIA. IDC has said that GPUs can “improve the performance of analytics computing”, which encompasses machine learning systems. The company has huge upside potential in the space, considering that NVIDIA is the leader in the GPU processor space right now. Additionally, if machine learning takes longer to grow than expected, NVIDIA has its strong gaming revenue and a growing data center business to fall back on.

10 stocks we like better than Nvidia
When investing geniuses David and Tom Gardner have a stock tip, it can pay to listen. After all, the newsletter they have run for over a decade, Motley Fool Stock Advisor, has tripled the market.*

David and Tom just revealed what they believe are the ten best stocks for investors to buy right now… and Nvidia wasn’t one of them! That’s right — they think these 10 stocks are even better buys.