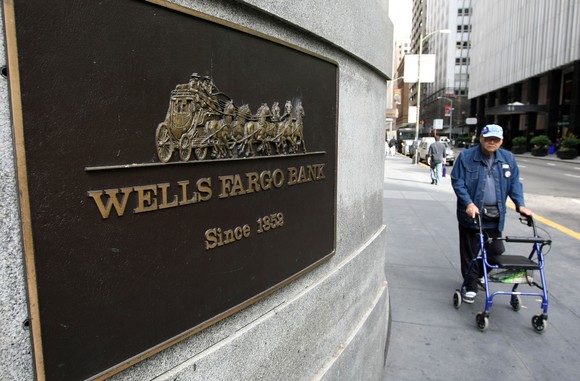 The Most Important Lesson From Wells Fargo’s Giant Debacle

Wells Fargo is guilty of the same type of behavior that got its less-respected peers, Bank of America and Citigroup, into so much trouble eight years ago — that is, cutting corners to boost profits irrespective of risk.

I learned something important about Wells Fargo (NYSE:WFC) over the past two weeks that has yet to get as much attention as it deserves in the financial media. It has to do with Wells Fargo’s long-flaunted reputation for risk management.

The narrative about Wells Fargo that I and countless other bank analysts, investors, and commentators have believed for years is that one of the secrets to its success has been the prudent way it manages risk.

Unlike Bank of America (NYSE:BAC) and Citigroup (NYSE:C), Wells Fargo largely steered clear of the worst excesses of the subprime mortgage bubble in the lead-up to the financial crisis. This saved Wells Fargo from tens of billions of dollars’ worth of losses when the housing market faltered, and positioned it to acquire its larger, less prudent peer Wachovia.

The same was true at the beginning of the 1990s, when Wells Fargo emerged from a commercial real estate crisis in one piece while Bank of America and Citigroup came, not for the first nor the last time, within a hair’s breadth of failure. This is a point that Charlie Munger, the vice chairman of Berkshire Hathaway, cites for the Warren Buffett-led conglomerate’s decision to become the bank’s largest shareholder in 1990.

“When Berkshire bought Wells Fargo, the world was unglued in real estate lending-driven banking panic,” Munger said earlier this year. “We knew their bank lending officers weren’t ordinary. They grew up in the garment district as cynics and were careful and better [than others].”

The explanation for Wells Fargo’s prudence is simple. Because it runs such an efficient operation — its efficiency ratio, which measures the percent of a bank’s revenue spent on operational costs, is consistently lower than at any of its closest competitors — it doesn’t feel the need to take on more risk in its asset portfolio by reaching for yield (i.e., underwriting riskier loans or investing in riskier securities).

This is why Wells Fargo’s chairman and CEO at the time of the crisis, Richard Kovacevich and John Stumpf, respectively, could boast in their 2007 shareholder letter that:

Because of our prudent lending to customers with less than prime credit and our decision not to make negative amortization loans, we estimate we lost between two and four percent in mortgage origination market share from 2004 to 2006. That translates into losing between $60 billion and $120 billion in mortgage originations in 2006 alone. We’re glad we did. Such lending would have been economically unsound and not right for many borrowers.

What we’ve learned in the latest scandal, however, is that while Wells Fargo has been able to tamp down credit risk over the years, it hasn’t done as well with operational risk. In other words, even though Wells Fargo doesn’t tend to reach for yield in its asset portfolio, it did the functional equivalent in its branches, where employees faced unreasonable sales goals and were hounded relentlessly by managers to sign customers up for new types of financial products and services.

It was by reaching for yield in this context, figuratively speaking, that gotten Wells Fargo into so much trouble. In order to satisfy managers and keep their jobs, thousands of the bank’s branch employees opened as many as 2 million deposit and credit card accounts for customers without telling them. In many cases, this caused its customers to incur fees that they hadn’t authorized much less know about.

The point is that Wells Fargo is guilty of the same type of behavior that got its less-respected peers, Bank of America and Citigroup, into so much trouble eight years ago — that is, cutting corners to boost profits irrespective of risk. The question now is how much of Wells Fargo’s success over the past decade can be attributed to this?

The answer to this remains to be seen.

10 stocks we like better than Wells Fargo
When investing geniuses David and Tom Gardner have a stock tip, it can pay to listen. After all, the newsletter they have run for over a decade, Motley Fool Stock Advisor, has tripled the market.*

David and Tom just revealed what they believe are the ten best stocks for investors to buy right now… and Wells Fargo wasn’t one of them! That’s right — they think these 10 stocks are even better buys.