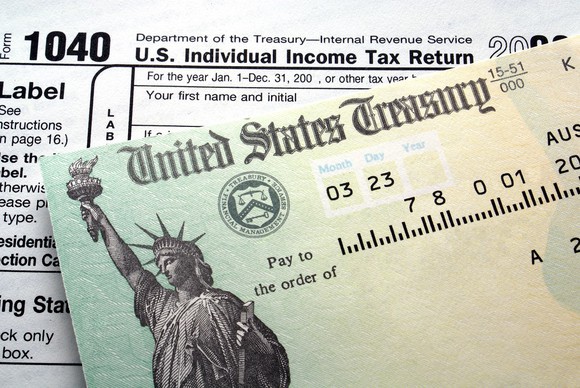 The average American pays only 10.1% in federal income tax, but these companies owed even less in 2015.

If you want to make someone shudder in terror, and it’s not Halloween, simply mention the word “taxes.”

The U.S. tax code is nothing short of terrifying. It’s currently more than 10 million words long and has grown by an average of 144,500 words per year since 1955. Furthermore, the National Taxpayers Union noted that taxpayers spent a cumulative 3.8 billion hours complying with federal tax laws in 2009. We can only assume this figure has likely risen over the past seven years as the tax code has grown even more complex. Most people loathe preparing their taxes primarily because of this complexity.

However low 10.1% might seem as a whole, there are brand-name, large-cap companies out there paying a lower corporate tax than this. 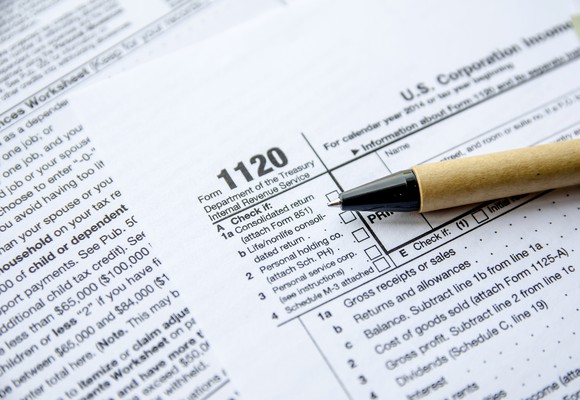 According to the latest Corporate Tax Rate Report from WalletHub of the S&P 100 companies — an index comprised by some of the largest publicly listed companies — the average corporate tax rate in 2015 was 27.8%, down 60 basis points from 2014. The fact that the average corporate tax rate for America’s largest corporations is considerably higher than the average individual income tax rate would likely please the 57% of respondents in the 2016 WalletHub Tax Fairness Survey who want to see a tax system where corporations regularly pay more than individuals.

However, as you might have rightly expected, some companies deviated dramatically from the average.

On one end of the spectrum, there were three S&P 100 companies paying more than a 60% overall tax rate. This includes industrial giant General Electric, which paid the highest overall tax rate in 2015 of 79.2%, midstream behemoth Kinder Morgan at 73.1%, and e-commerce juggernaut Amazon.com at 60.6%. Something tells me consumers aren’t shedding a tear for the higher corporate tax rates these companies faced in 2015.

At the other end of the spectrum are three brand-name companies paying a corporate tax rate that’s well below the 10.1% average paid by individuals.

Though its name might throw you for a loop, Mondelez International(NASDAQ:MDLZ) is a huge name in the snack food business. It controls a number of snack brands probably found in your cupboards right now, including Chips Ahoy!, Oreo, Triscuit, Cadbury, and gum brands Trident and Dentyne, just to name a few.

Profitability is certainly not an issue for Mondelez, but in 2015, it particularly benefited from a $6.8 billion pre-tax gain from the combination of its coffee business with D.E. Master Blenders, which is owned by Acorn Holdings. Essentially, Mondelez valued its 43.5% equity contribution into JDE as a $6.8 billion pre-tax gain, or $6.6 billion after-tax. This gain caused its operating income to increase by 174% year over year, with only a marginal increase in its overall tax rate. Ultimately, Mondelez only had to set aside $593 million for its $7.88 billion in earnings before taxes.

Big Oil doesn’t get much bigger than Chevron (NYSE:CVX). The oil and natural gas giant entered 2015 with proved reserve of 11.1 billion barrels located throughout the world, with the U.S. and Kazakhstan making up a considerable portion of Chevron’s oil and gas portfolio. In addition to its upstream assets, which make up the bulk of its margins, Chevron also refines petroleum products.

In fiscal 2015, Chevron wound up earning $4.84 billion in income before taxes, down from the whopping $31.2 billion it earned in the prior year before tax provisions. If there is a plus side to a more than $26 billion swing lower in income before taxes, it’s that less needs to be set aside for tax purposes. Chevron specifically noted that lower corporate tax rates in its international upstream and downstream operations aided the company. Chevron wound up setting aside just $123 million in 2015 for corporate income tax after paying $11.9 billion in 2014.

The one brand-name company that could make the American taxpayer most jealous is automaker General Motors (NYSE:GM). Aside from its namesake GM brand, General Motors also owns Chevrolet, Buick, Cadillac, and eight other brands.

The automotive business has been nothing short of a rollercoaster ride for the past decade, and it culminated in GM’s bankruptcy during the Great Recession. Since then GM has also dealt with a record number of recalls, many of which were tied to faulty ignitions. But in 2015, General Motors found a way to make money yet still receive a refund from the federal government.

According to its fourth-quarter report, GM recognized a “$3.9 billion net non-cash benefit related to the release of the company’s valuation allowances on certain GM Europe deferred tax assets.” The end-of-year result was a $1.98 billion tax benefit for its automotive segment, or a $1.9 billion consolidated benefit that works out to a negative 34.3% overall tax rate.

Even with a majority of the nation’s largest companies paying a higher overall tax rate than the average American, it’s unlikely consumers will be completely appeased with brand-name companies like Mondelez, Chevron, and General Motors paying single-digit or negative overall tax rates.

Forget the 2016 Election: 10 stocks we like better than Chevron
Donald Trump was just elected president, and volatility is up. But here’s why you should ignore the election:

David and Tom just revealed what they believe are the ten best stocks for investors to buy right now… and Chevron wasn’t one of them! That’s right — they think these 10 stocks are even better buys.

The Motley Fool owns shares of and recommends Amazon.com and Kinder Morgan. It also owns shares of General Electric and recommends Chevron and General Motors. Try any of our Foolish newsletter services free for 30 days. We Fools may not all hold the same opinions, but we all believe that considering a diverse range of insights makes us better investors. The Motley Fool has a disclosure policy.